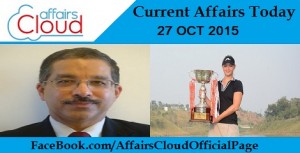 Ministry of Railways flagged off Vigithon to fight against corruption

Educating the people about several instances of corruption and empowering them with the means to fight the problem.

What does the new law stipulates?

The amended criminal law stipulates that those who aid in cheating will be sentenced to three to seven years in prison and face penalties. The law also stipulates that people trying to impersonate during examinations will be detained by police.

What was the Earlier Situation?

Previously, college students involved in exam-related fraud were punished by their universities, through warning, disqualification of their degree or dismissal.

In Poland, conservative opposition Law and Justice party has won parliamentary elections. Exit polls suggest it has enough seats to govern alone, with an anticipated 39 per cent of the vote. Its eurosceptic leader Jaroslaw Kaczynski has claimed victory, and the outgoing Prime Minister, Ewa Kopacz of the centrist Civic Platform party, has admitted defeat.

Government has decided to enhance the financial powers delegated to designated Central Government hospitals/institutes from Rs. 2 lakh to Rs. 5 lakh  under Rashtriya Arogya Nidhi (RAN) for providing financial assistance in cases where emergency surgery is to be conducted.

For Whom : Who are suffering from major life threatening diseases related to heart, liver, kidney and cancer cases, etc.

FIIs/RFPIs can now invest up to 74 percent in DEN Networks Limited: RBI

The Reserve Bank of India (RBI) notified that the Foreign Institutional Investors (FIIs)/Registered Foreign Portfolios Investors (RFPIs) can now invest up to 74 percent of the paid up capital of DEN Networks Limited under the Portfolio Investment Scheme (PIS).

DEN Networks Limited has passed resolutions at its Board of Directors level and a special resolution by the shareholders, agreeing for enhancing the limit for the purchase of its equity shares and convertible debentures by FIIs/RFPIs. 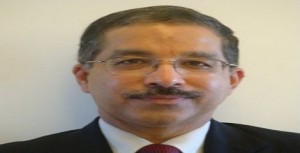 BlackBerry day appointed Narendra Nayak as the Managing Director of its India operations .

A newly-installed tsunami early warning system siren was successfully tested after the 11 years tsunami which had hit the Indian Ocean countries in 2004.

This system was installed at the Meteorology Office of Western Naval Command by Indian National Centre for Ocean Information Services (INCOIS), an autonomous organisation under the Ministry of Earth & Sciences (MoES), Government of India.

Denmark’s Emily Kristine Pedersen notched her maiden Ladies European Tour title in a dramatic fashion at 9th Edition Of Hero Womens Indian Open Golf Championship.
Amateur Aditi Ashok came up with a five-over 77 on the final day but finished as the best-Indian at tied 13th.

South Africa with 125 rating was placed at the top position in the Test ranking list, while Australia topped the ODI list with 127 ratings. Sri Lanka with 126 points topped the list of T20I rankings.