We are here for you to provide the important current affairs may 15 2017 which have unique updates of all daily events from all newspapers such as The Hindu, The Economic Times, PIB, Times of India, India Today, Indian Express, Business Standard, all Government official websites. Our complete current affairs helps you to get more marks in Banking, insurance, UPSC, SSC,CLAT , Railway and all other competitive Exams. iii. It will be a committee of six mothers, from all sections of society, whose students are studying in primary school.
iv. There are 1.78 crore children studying in 1.68 lakh government schools in 75 districts of the state. This includes 1.14 lakh primary schools (class I-V) and 54,000 upper primary schools (class VI-VIII).
v. It will be directed that from this session punctuality of teachers and introduction of new uniforms and school bags will also be considered.

Centre to spend Rs.11,000cr on roads in Naxal-hit districts
Centre will spend Rs 11,000-crore on roads in Naxal affected areas. It will provide road connectivity to 44 Naxal-affected districts.
Key Points:
i. It includes Sukma district in Chhattisgarh which had recently witnessed a Maoist attack.
ii. The project will be implemented under the PradhanMantri Gram Sadak Yojana.
iii. Under this scheme districts in Chattisgarh, Odisha, Jharkhand, Bihar, Madhya Pradesh, Telangana and Maharashtra will be covered.
iv. Under this project there will be construction or repair (upgrade) of 5,411 km of roads and 126 bridges.
v. The total estimated cost will be Rs 11,724.53 crore.
vi. The project is likely to be started in the next few weeks. 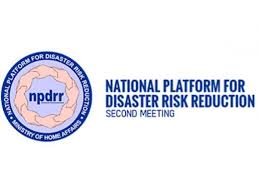 world.
iii. The theme of NPDRR is Disaster Risk Reduction for Sustainable Development: Making India resilient by 2030.
iv. The event was preceded by 14 pre-events. It is organized by the National Disaster Management Authority and the National Institute of Disaster Management, on various issues of disaster risk reduction.
v. The meeting will include a Plenary Session, one session on outcomes of pre-events, four technical sessions on four priority areas of Sendai Framework for Disaster Risk Reduction, one technical session on monitoring of Sendai Framework and a closing cum valedictory session.
vi. A slogan contest was also organized by the Union Home Ministry to generate disaster awareness among common public.
About NPDRR
♦ It is a multi-stakeholders National Platform headed by the Union Home Minister.
♦ It promotes participatory decision making in disaster management and strengthens federal policy of our country.

Railways to install CCTV cameras at over 900 stations under Nirbhaya fund
Indian Railways will install about 19,000 high definition CCTV cameras at 983 stations across the country to strengthen security of passengers including women at rail premises.
i. Amount of 500 crore from Nirbhaya Fund has been approved for this project.
ii. The CCTV cameras will be installed on platforms and waiting areas.
iii. The footage of CCTV cameras will be continuously monitored by trained Railway Protection Force (RPF) personnel.
iv. Station master will also have access to CCTV camera footage.
About Nirbhaya Fund:
As per the provision under Union Budget 2013, Ministry of Finance had set up a non-lapsable corpus fund called Nirbhaya Fund which is dedicated to support implementation of initiatives for enhancing the safety and security for women in the country. 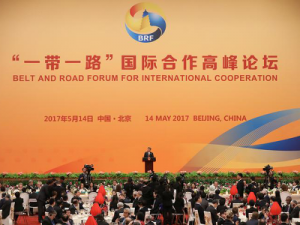 i. The boycott by India is a diplomatic retaliation to China’s action of blocking India’s membership of the Nuclear Suppliers Group (NSG) and blocking UN sanctions on Pakistan-based terrorist Masood Azhar.
ii. About One belt One Road Initiative:
It is strategic developmental project proposed by Chinese president Xi Jinping in year 2013. The project aims to connect China with Eurasia through land-based “Silk Road Economic Belt” (SREB) and ocean going “Maritime Silk Road” (MSR). Although it has been portrayed as a connectivity driven project, foreign policy experts consider it as China’s tacit strategy of increasing its influence in the region.

Economy to grow at 7.4% in FY18, says FICCI survey
As per latest Economic Outlook Survey by Federation of Indian Chambers of Commerce and Industry (FICCI), Indian Economy is expected to grow at 7.4% for the fiscal year 2017-18
i. The survey has also mentioned minimum level of 7.0% and maximum level of 7.6%.
ii. This survey was conducted during March and April 2017.

Pawan Kumar Chamling conferred with first BS Shekhawat award by President
Sikkim Chief Minister Pawan Kumar Chamling was conferred with the first Bhairon Singh Shekhawat Lifetime Achievement Honour in Public Service by President Pranab Mukherjee.
i. Main aim of this award is to deliver public service and to bring change in the life of people and improve their living conditions.
ii. Mukherjee applause Chamlings contribution to Sikkim and said it is emerging as a role model for other states.

i. It is situated in Coimbatore at the Isha Yoga Centre.
ii. It aims to create awareness among the people about adiyogi science.
iii .The face of Adiyogi, set up by the Isha Foundation led by spiritual guru Jaggi Vasudev, attracts thousands of people every day.
iv.It took thirty months to design and eight months to erect this statue.

Nepalese woman breaks world record for Most Everest summits
A 44-year-old Nepalese mountaineer Lhakpa Sherpa has broken her own world record for the most Everest summits by a woman after scaling the world’s tallest peak for the eighth time.
Key Notes:
i. According to expedition organizers Lhakpa Sherpa conquered Mt Everest for the eighth time from the North Col.
ii. MingmaGelu Sherpa is the Managing Director at Seven Summit Adventure.
iii. She was born in Makalu VDC of Sankhuwasabha.
iv. Lhakpa scaled Mt Everest from Tibet side for the seventh time in the last spring season.

Mumbai crowned world’s busiest single-runway airport with 1 flight in 65 seconds
The GVK group-run Mumbai airport has become the world’s busiest single-runway airport.
Key Points:
i. The GVK group-run Mumbai airport handles 837 flights a day and in terms of the number of passengers also, the city airport tops with 45.2 million people flying in and out in fiscal 2017.
ii. Out of the 45.2 million passengers at the Mumbai airport, 12.4 million were international travellers. 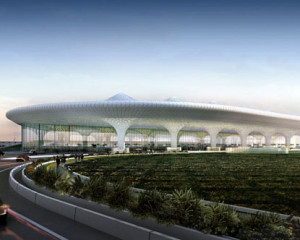 iii. The Mumbai airport handled on an average 48 flights, peaking at even 52 movements at times, making it the busiest in the world.
iv. In fiscal year 2017, the city airport logged in an 8 per cent growth in volume over fiscal year 2016.
v. In terms of aircraft movement in a day, the city airport had one plane take-off or landing in 65 seconds.
vi. Recently, the city airport welcomed two Airbus A350-900 and become the only airport in the country to handle daily operations of two of the world’s most advanced premium passenger aircraft.

Arjun Maini becomes First Indian to Win a GP3 Race
On May 14, 2017, Indian motor racing driver Arjun Maini became the first Indian to win a race in the GP3 Series in Barcelona, Spain.
i. In this race, Arjun stole the lead from pole-sitter Raoul Hyman in the first lap, and maintained his position to take the victory with an amazing six second gap to the nearest car behind him.
ii. Arjun Maini drives for Jenzer Motorsports and is supported by JK Racing and TVS.
iii. Following this win, Arjun moved to third place in the driver’s championship standings. Nirei Fukuzumi of Japan is at the first place. 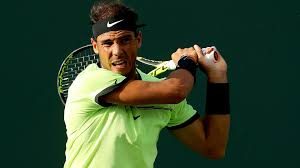 ii. Rafael now stands with Novak Djokovic in lead position with 30 Masters 1000 Titles.
iii. This season, Rafael Nadal has not lost a single match on the clay court.
iv. Mutua Madrid Open is his third successive title this season. Earlier he won Monte-Carlo Rolex Masters and Barcelona Open Banc Sabadell.
v. It is to be noted that 60 of the past 65 Masters 1000 crowns since 2010 have been won by the Big Four of Men’s Tennis (Rafael Nadal, Novak Djokovic, Roger Federer and Andy Murray). 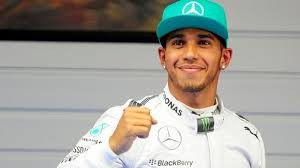 Former PIO Rammohan Rao passes away
Rammohan Rao, who had served as a media adviser to four prime ministers and former 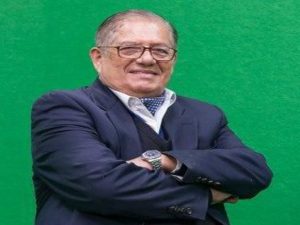 Principal Information Officer (PIO), passed away at the age of 83.
Key Notes:
i. Rao started his career with the Information Service in the 50s.
ii. He had served as media adviser to four former Prime Ministers – Rajiv Gandhi, V.P. Singh, Chandrashekhar and P.V. Narasimha Rao.

Book titled “India’s Indira: A Centennial Tribute” launched
President Mukherjee has attended the programme of launch of a book, India’s Indira- a Centennial Tribute’. It has been edited by Anand Sharma, a senior Congress leader.
Key Notes:
i. The book was unveiled by Vice President Hamid Ansari. Indian National Congress (INC) vice president Rahul Gandhi was also present at the event.
ii. The book has launched on 13th of May to commemorate the birth centenary celebrations of former Prime Minister Indira Gandhi.
iii. Mukherjee reminded those at the event of the determination and her ability to bring the Congress back to power after the 1977 defeat.
iv. Even after her death in 1984, she is still the most acceptable Prime Minister ‘of a democratic country even today. 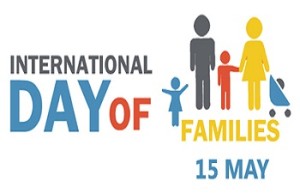 ii. The day aims to discuss the importance of ‘knowledge and skills’.
iii. It focuses on good practices for work-family balance to assist parents in their educational and caregiving roles.
iv. It highlights the importance of all caregivers in families, be it parents, grandparents or siblings and the importance of parental education for the welfare of children.
About the International Day of Families
♦ The Day was proclaimed by the United Nations (UN) General Assembly in 1993 with resolution A/RES/47/237.
♦ It reflects the importance the international community attaches to families.