We are here for you to provide the important current affairs June 10 2018 which have unique updates of all daily events from all newspapers such as The Hindu, The Economic Times, PIB, Times of India, India Today, Indian Express, Business Standard, all Government official websites. Our complete current affairs helps you to get more marks in Banking, insurance, UPSC, SSC, CLAT, Railway and all other competitive Exams. 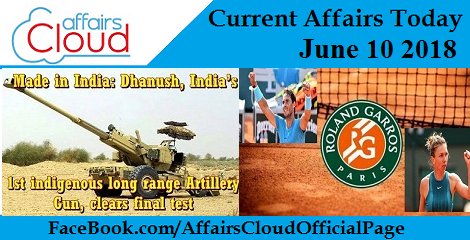 iii. High Risk districts on disaster:
1.Pune, Maharashtra
2.North 24 Parganas, West Bengal
3.South 24 Parganas, West Bengal
4.Thane, Maharashtra
5.Hooghly, West Bengal
6.Howrah, West Bengal
7.Bengaluru, Karnataka
8.Nashik, Maharashtra
9.Gulbarga, Karnataka
10.Mumbai, Maharashtra
iv. Pune has scored a vulnerability factor of 9.48 on a scale of 10.
v. The states that are prone to natural calamities like Himachal Pradesh, Uttarakhand and other northeastern states like Nagaland, Manipur, Mizoram, Sikkim, Meghalaya and Arunachal Pradesh are in the risk-free zone. This is due to the agricultural, economic and population factor.
vi. This All India ranking of states and districts was prepared by considering the following 6 factors:

Cabinet may decide on FAME II scheme in a month: Geete
Union Heavy Industries Minister Anant Geete has said that, the Union Cabinet may decide on the launch of the FAME India (Faster Adoption and Manufacturing of Hybrid and Electric vehicles in India) scheme’s phase II within a month, to enhance adoption of energy-efficient vehicles. 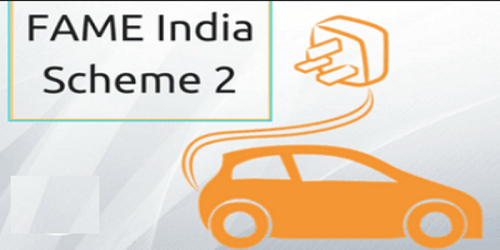 FAME II scheme:
i. The proposal with details of the scheme would be presented in the Union Cabinet in a month.
ii. The second phase will be for a period of five years from 2018-19 to 2022-23. It is expected to involve financial support of Rs 9,381 crore.
iii. It would focus on new energy vehicles utilized for public transport, commercial purposes and high-speed two-wheelers.
iv. The scheme would also involve setting up of a Rs 500 crore venture capital fund related to electric vehicles to support high-risk startups and promote innovation and entrepreneurship.
v. The main focus of the venture capital funding will be development of zero emission vehicles and its component manufacturing base, making prototype to manufacturing and development of R&D, and promoting work on alternative battery chemistries, etc.
vi. The government had extended phase I till the end of September or till phase II is approved, whichever is earlier.
vii. Phase I was initially proposed for two years till 31st March 2017. It was extended twice for six months till 31st March 2018.
viii. The government had launched FAME India scheme in 2015. Under FAME II, demand aggregation will be implemented for city buses, electric three-wheelers and electric four-wheeler taxi segment to reduce the cost of vehicles.
ix. Agencies like EESL, ASRTU (Association of State Road Transport Undertakings) can be considered as potential aggregators.
x. Also under FAME II, Large EV components like motor, drive power train and controller that are not currently covered under modified special incentive package scheme (MSIPS) of the Ministry of Electronics and Information Technology have been proposed to be given capital investment subsidy at a rate of 20-25 per cent of capital investment.
About EESL (Energy Efficiency Services Limited):
♦ Joint venture of four National Public Sector Enterprises – NTPC Limited, PFC, REC and POWERGRID
♦ Set up under – Ministry of Power Objective:
To provide cheaper, environment-friendly and safer fuel to CNG-run auto-rickshaws.
Key points:
i. The CNG stations, located at CDA Sector 1 and Bidyadharpur in Cuttack.
ii. Two more CNG stations are coming up at Khandagiri and Tamando.
iii. In 2018 more than 20 CNG stations will be commissioned in Bhubaneswar and Cuttack to supply CNG to vehicles.
iv. 7 GAs will be set up in 19 districts of Odisha in the next five years with an investment of about Rs 3000-3500 crore in the state. Work for CGD network has been started in Cuttack and Bhubaneswar.
Odisha:
♦ Chief Minister :Naveen Pattnaik
♦ UNESCO World Heritage Site:Konark Sun Temple (Black Pagoda).

CSIR lab to give technology for India’s first indigenous Lithium Ion Battery project
On June 10, 2018, Central Electro Chemical Research Institute (CECRI),Karaikudi, Tamil Nadu under Council of Scientific & Industrial Research (CSIR) and RAASI Solar Power Pvt Ltd has signed a Memorandum of Agreement for transfer of technology for India’s first Lithium Ion (Li-ion) Battery project in Bengaluru.
Objective:
To bring down the cost of cell manufacturing below Rs. 15,000/- per KWand to replace Lead Acid Battery.
Key points:
i. An indigenous technology of Lithium-ion cells has been built by CSIR-CECRI headed by DrGopu Kumar in partnership with CSIR-National Physical Laboratory (CSIR-NPL) New Delhi, CSIR- Central Glass and Ceramic Research Institute (CSIR-CGCRI) Kolkata and Indian Institute of Chemical Technology (CSIR-IICT) Hyderabad.
ii. CSIR-CECRI has set up a demo facility in Chennai to manufacture prototype Lithium-Ion cells. It has also secured global IPRs .
iii. Indian manufacturers source Lithium Ion Battery from China, Japan and South Korea among some other countries. India is one of the largest importers and in 2017, it imported nearly $150 Million worth Li-Ion batteries.
iv. It will give tremendous boost to two flagship programmes of Prime Minister NarendraModi – increasing the share of Clean Energy in the energy basket by generating 175 Giga Watts by 2022, of which 100 Giga Watts will be Solar and National Electric Mobility Mission, to switch completely to electric vehicles by 2030.
v. To make Lithium Ion battery for solar roof top with life span of 25 years to make it affordable enough to drive the Photo Voltaic segment.
About Lithium Ion Batteries :
Li-Ion batteries have applications in Energy Storage System – from hearing aid to container sized batteries to power a cluster of villages, Electric Vehicles (2-wheeler, 3-wheeler, 4-wheeler and Bus), portable electronic sector, Grid Storage, Telecom and Telecommunication Towers, Medical Devices, Household and Office Power Back (UPS), Powering Robots in Processing Industry. Lithium-ion batteries can power any electrical application without the need of physical wires-means wireless. 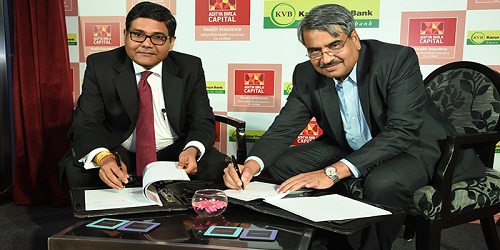 UIDAI excludes Airtel Payments Bank from using full e-KYC via Aadhaar
On June 09, 2018, Airtel Payments Bank has been denied permission to use the UIDAI’s e-KYC facility due to wrong doing from the bank’s part.
i.As per RBI’s report the Bank has used the e-KYC facility to provide LPG subsidies to its customers without permission.
ii.UIDAI revoked a suspension on the use of e-KYC facility
iii.This would hamper bank’s competition and in achieving new customers and to provide facilities to its existing 10 million customers.
iv.They can carry out limited KYCs based on virtual IDs rolled out by the UIDAI.
Airtel:
CEO: Gopal Vittal.
UIDAI:
♦ Under Ministry of Electronics and Information Technology.
♦ Chairman: J. Satyanarayana.
♦ CEO: Dr. Ajay Bhushan Pandey.

Industry expects close to 8% GDP growth over next two years: CII
On June 10, 2018, According to a report by Confederation of Indian Industries (CII) a growth close to 8% GDP in next 2 years is expected.
i. Rs 50,000 crore worth of investments have been made.
ii. Fiscal prudence, able macroeconomic management, and strong reforms would be the reasons for the growth.
iii. Good performance across sectors such as automotives, white goods, steel, cement, and capital goods.
iv. Manufacturing of smartphone components is set to go up, indicating upward local value-addition.
v. In the manufacturing sector, although input costs are rising , the overall demand is healthy.
CII:
♦ President: Shobana Kamineni.
♦ Headquarters: New Delhi. 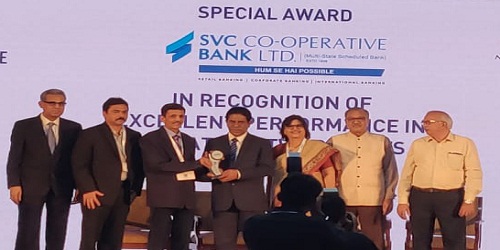 i. It is the highest recognition in the banking industry for exceptional performance in payments system.
ii. This is for their outstanding performance in NFS ATM Network and CTS .
iii. This effort will help in upgrading from the cheque system to UPI system and inclusion in the digital umbrella.
SVC cooperative Bank :
MD & CEO:AjitVenugopalan.
NPCI:
♦ Chairman :BiswamohanMahapatra . 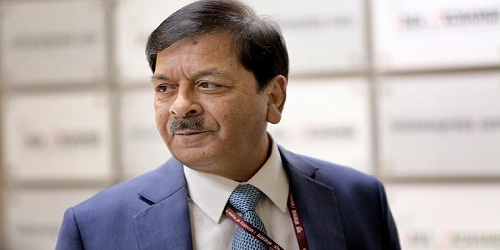 Sharad Kumar – Vigilance Commissioner:
i. Sharad Kumar is an 1979 batch Indian Police Service (IPS) officer of the Haryana cadre.
ii. He he has been appointed for a term of four years from the date on which he assumes office, or till he reaches 65 years of age, whichever is earlier. He was NIA Director from 2013 to 2017.
About National Investigation Agency (NIA):
♦ Director General – Yogesh Chander Modi
♦ Headquarters – New Delhi

i. It is a 155mm x 45 mm caliber gun and is also called ‘DesiBofors’.
ii. It was manufactured by Gun Carriage Factory (GCF) after getting the project in October 2011.
iii. in 2014 the first prototype was made and thereafter 11 more prototypes were made from which 4,200 rounds were fired.
iv. It has a strike range of 38 kilometres and 81% of its components are indigenously sourced.
v. The gun has passed tests under severe cold conditions in Sikkim and Leh and in hot and humid weather in Balasore, Odisha, Babina in Jhansi and in the desert of Pokhran.
vi. 12 guns would be supplied to the Army in the current fiscal while the total number for the initial phase is 114 guns. And a total of 414 Dhanush guns would be supplied to the Army under a future agreement.
vii. 155-mm gun costs about Rs 14.50 crore while each shell costs Rs one lakh.
Indian Army :
♦ Motto: ‘Service Before Self’.
♦ Chief of Army Staff: Gn. Bipin Rawat.
♦ Vice Chief of Army Staff: Lt. Gn. Devraj Anbu.
♦ Headquarters: New Delhi 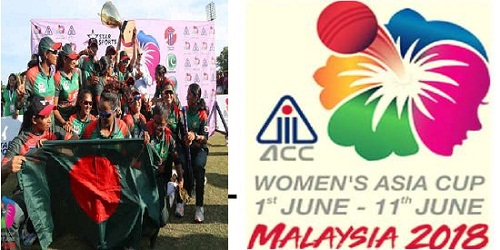