We are here for you to provide the important current affairs January 16 2018 which have unique updates of all daily events from all newspapers such as The Hindu, The Economic Times, PIB, Times of India, India Today, Indian Express, Business Standard, all Government official websites. Our complete current affairs helps you to get more marks in Banking, insurance, UPSC, SSC, CLAT, Railway and all other competitive Exams. CIPAM-DIPP launches IP IPrism competition for college & university students
Cell for IPR Promotion and Management (CIPAM) a professional body under Department of Industrial Policy and Promotion (DIPP) has launched a one of its kind Intellectual Property (IP) Competition, ‘IPrism’ for college and university students.
More Information about ‘IPrism’ Competition:
i. CIPAM-DIPP has launched this competition in collaboration with Associated Chambers of Commerce and Industry of India (ASSOCHAM) and ERICSSON India.
ii. The objective of this competition is to foster a culture of innovation and creativity among young students and provide an opportunity to gain national recognition for their creations.
iii. To participate in this competition, students will have to submit films on piracy & counterfeiting under two categories of 30 and 60 seconds.
iv. Competition is also being held in the category of a mobile gaming app on Intellectual Property.
v. Winning teams will be awarded cash prizes worth INR 4 lacs. Winners will also get mementos, certificates and recognition on the official CIPAM website. 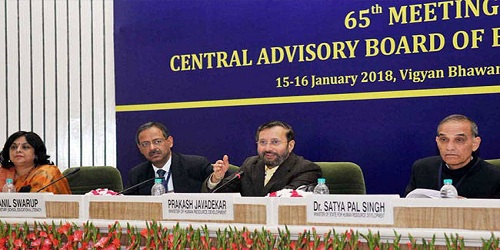 Highlights of 65th meeting of Cabinet Advisory Board of Education (CABE):
i. While speaking at the meeting, Union Human Resource Development (HRD) Minister Prakash Javadekar stated that Centre and state governments have resolved to identify the number of children out of school in the country. Scheme to identify ‘out of school children’ will start from September, 2018.
ii. However, sub-committee on out of school children, which will submit its final report on January 31, 2018, has recommended the need to have a standardised definition of out of school children.
iii. Centre and State Governments have also resolved to launch ‘Operation Digital Board’.
iv. District-wise findings of the National Achievement Survey (NAS) for classes III, V and VIII were also tabled during 65th meeting of Central Advisory Board of Education (CABE).
v. The meeting was attended by 22 Education Ministers of various states of India.

WB, Kerala, Odisha opt out of Centre’s aspirational district scheme
West Bengal, Kerala and Odisha have opted out of the Central Government’s Transformation of Aspirational Districts scheme.
Information related to Transformation of Aspirational Districts scheme:
i. In context of this scheme, aspirational districts refer to selected 115 backward districts that are lagging on specific development parameters.
ii. Central Government has undertaken a major policy initiative for rapid transformation of these districts and senior government officials have been assigned responsibility to coordinate the efforts of the Centre and states in facilitating development in such districts.
iii. With the exit of West Bengal, Kerala and Odisha, total number of districts under this scheme has now reduced to 102 from 115.
iv. Government officials have stated that these three states exited from the scheme raising objection that criteria for identifying backward districts was fixed without taking the respective State Governments into confidence.
v.It is to be noted that at the ‘Transformation of Aspirational Districts’ conference, held in New Delhi in first week of January 2018, NITI Aayog said it will come out with a ranking of 115 aspirational districts by April 2018. Information related to refinery in Barmer, Rajasthan:
i. Foundation stone for this refinery was laid by the then Congress President Sonia Gandhi on September 22, 2013. It is the first such refinery in entire Rajasthan.
ii. It is being set up by HPCL-Rajasthan Refinery Ltd (HRRL). HRRL is a Joint Venture between Hindustan Petroleum Corporation Ltd and Rajasthan State Government.
iii. The entire project entails an investment worth over Rs 43000 crore.
iv. Barmer Refinery and Petrochemicals Project of HRRL is expected to bring about infrastructure development, improvement of healthcare services and establishment of reputed education institutions in Western Rajasthan.

Bar Council of India forms 7-member delegation to mediate between Supreme Court judges
Bar Council of India (BCI) has announced that it has formed a seven-member delegation that will meet honourable judges of the Supreme Court and will try to bridge their differences with the incumbent Chief Justice of India (CJI), Dipak Misra.
Rift between Supreme Court Judges and CJI:
i. On January 12, 2018, the four senior most judges of Supreme Court – Justices Chelameswar, Madan B Lokur, Ranjan Gogoi and Kurian Joseph had called a press conference and alleged that CJI Dipak Misra has been arbitrarily assigning important cases to benches headed by junior SC judges, ignoring senior ones.
ii. It was stated that they were forced to hold the press conference as a letter they had sent to the CJI two months ago pointing out mistakes had gone unanswered.
iii. Justice Kurian Joseph, has stated that their difference with CJI will not lead to constitutional crisis in Supreme Court, rather these are only problems in procedure which they had objected to. 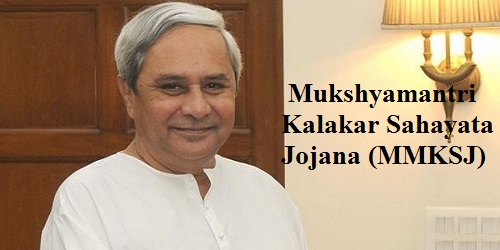 Salient Features of ‘Mukshyamantri Kalakar Sahayata Jojana’ (MMKSJ):
i. This scheme of giving Rs 1200 per month as artist assistance was announced by Odisha Chief Minister, Naveen Patnaik.
ii. Around 50000 artists across Odisha will be benefited from this scheme.
iii. Odisha state government has also changed the eligibility criteria as compared to the previous artist assistance scheme, under which only 4000 artists were being given Rs 1000 per month.
iv. As per the new eligibility criteria, a male artist can avail assistance under the scheme after attaining the age of 50 years (earlier it was 60 years), while the age criteria for female artist has been reduced to 40 years from 50 years earlier.
Quick Facts about Odisha:
♦ Capital – Bhubaneswar
♦ Current Governor – S.C. Jamir
♦ Current Chief Minister – Naveen Patnaik
♦ Important National Park – Bhitarkanika National Park About BBIN Motor Vehicles Agreement:
i. BBIN motor vehicles agreement (MVA), aimed to facilitate seamless flow of passenger and cargo traffic in the sub-region was signed by the transport ministers of the BBIN countries in Thimphu, Bhutan on 15 June 2015. However Bhutan did not ratify the same.
ii. Union Ministry of Road Transport and Highways has stated that Bangladesh, India and Nepal have agreed on the text of the operating procedures for passenger vehicle movement under the BBIN MVA and will soon complete the internal approval processes for signing of the passenger protocol.
iii. Earlier, trial runs for cargo vehicles were conducted along the Kolkata-Dhaka-Agartala and Delhi-Kolkata- Dhaka routes. The Ministry also mentioned that participating countries have agreed to conduct more trial runs for cargo vehicles.

Iran ‘lifts restrictions’ on Internet use
On January 13, 2018, Iranian government lifted restrictions on the use of the Internet, including the messaging app Telegram across the country.
Internet restrictions in Iran:
i. In December 2017, protests against unemployment and rising consumer prices erupted in several parts of Iran.
ii. At least 22 people were killed and 1000 people were arrested during these protests.
iii. Iran imposed restrictions on internet and had shut down social networking platforms such as Instagram and Telegraph, citing the reason that protesters were using it to spread unrest.
iv. Iranian President Hassan Rouhani has admitted that the restrictions on internet are having a serious impact on the country’s economy.
Quick Facts about Iran:
♦ Capital – Tehran
♦ Currency – Rial
♦ Current President – Hassan Rouhani
♦ Important Rivers – Karun, Zayanderud Bank of Baroda partners with Invoicemart as a TReDS partner
Government-owned Bank of Baroda has tied up with Invoicemart, a Digital invoice discounting marketplace as TReDS partner.
Details about Bank of Baroda-Invoicemart tie-up:
i. Trade Receivables Electronic Discounting System (TReDS) is an online platform through which, micro, small and medium enterprises (MSMEs) can access funds for working capital without the hassle of applying for loans. Government of India has advised all public sector banks and undertakings to get registered on TReDS platforms.
ii. Invoicemart is a joint venture between Axis Bank Ltd and mjunction services ltd.
iii.Owing to the Bank of Baroda-Invoicemart tie-up, buyers and sellers registered on Invoicemart wil l now be able to access funding from Bank of Baroda.
Quick Facts about Bank of Baroda:
♦ Founded in – 1908
♦ Headquarters – Vadodara, Gujarat
♦ Current MD & CEO – P.S.Jayakumar
♦ Tagline – ‘India’s International Bank’ 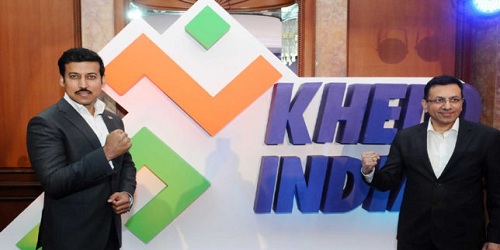 Veteran journalist NK Trikha passes away
On 15th January 2018, journalist NK Trikha passed away at All India Institute of Medical Sciences following a long-time illness.
Death of NK Trikha:
i. NK Trikha was 82 years old. He had been suffering from blood cancer and had undergone an open heart surgery in 2017.
ii. He is survived by his wife, two sons and a grandson. He had worked with the newspaper Navbharat Times. He was also the editor of Navbharat Times’ Lucknow edition.
iii. He was also a member of the Press Council of India. He also served as the president of the National Union of Journalists (India) two times.
About Press Council of India:
♦ Chairman – Justice Chandramauli Kumar Prasad
♦ Purpose – governs the conduct of the print media in India 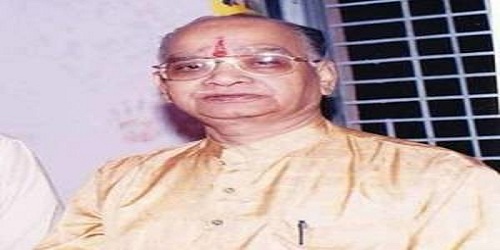 Death of Narayan Sadashiv Pharande:
i. Narayan Sadashiv Pharande was 78 years old. He was admitted to MJM Hospital several days back after he suffered from intra-cranial bleeding and paralysis.
ii. He is survived by his wife and two daughters. He was the chairman of the Maharashtra Legislative Council from 1998 to 2004. He was also the BJP state president from 1991 to 1995.
Some of the rivers of Maharashtra:
♦ Adan River – Washim District
♦ Andhari River – Chandrapur district
♦ Banganga River – Nashik district