We are here for you to provide the important current affairs December 3 2017 which have unique updates of all daily events from all newspapers such as The Hindu, The Economic Times, PIB, Times of India, India Today, Indian Express, Business Standard, all Government official websites. Our complete current affairs helps you to get more marks in Banking, insurance, UPSC, SSC, CLAT, Railway and all other competitive Exams. Andhra Pradesh assembly passes Kapu Reservation Bill
On December 2, 2017, Andhra Pradesh State Assembly unanimously passed A.P. Kapu (Reservation of Seats in Educational Institutions and of Appointments or Posts in Services under the State) Bill, which provides 5% reservation in education and employment to Kapu Community in Andhra Pradesh.
i. With this 5% reservation to Kapus, total reservation in Andhra Pradesh has reached 55 per cent, which exceeds the 50 per cent limit restricted by the Supreme Court.
ii. Thus the Bill will require Central Government’s approval to include this reservation in Schedule IX of Indian Constitution.
iii. Kapu community accounts for 27%  of Andhra Pradesh’s population. Reservation to Kapus was one of the electoral promises made by Chandrababu Naidu Government before 2014 elections.
iv. Kapu quota has been recommended by Manjunath Commission, which was set up In February 2016 by Mr. Naidu.
Quick facts about Andhra Pradesh:
♦ Capital – Amaravati (de facto)
♦ Current Chief Minister – N Chandrababu Naidu
♦ Current Governor – E S L Narasimhan
♦ Important National Park – Papikonda National Park Launch of Deen Dayal Divyangajan Sahajya Scheme and related information:
i. Under this scheme, every differently abled person in Assam would be entitled to a one-time grant of Rs 5000 for their treatment.
ii. The launch function was attended by Assam Governor, Jagadish Mukhi and Assam Chief Minister, Sarbananda Sonowal.
iii. At the launch function, Vice President Naidu praised Assam Government for introducing ‘Pranam Act’ under which, all government employees can make contributions from their salaries for the welfare of elderly and differently abled family members.
iv. In context of this news, it is important to mention that according to 2011 census, India is home to 2.21 per cent of the total 15 per cent of differently abled population in the world. 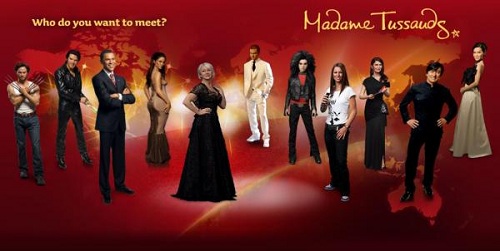 ‘Populism’ is Cambridge dictionary’s ‘word of the year 2017’
The word “populism” has been announced as the Cambridge Dictionary 2017 Word of the Year.
Populism – Word of the year:
i. The word “populism” has been selected based on the criteria that the word should not only be the most searched-for words but is also reflected in spikes.
ii. Spikes means occasions when a word is suddenly looked up many more times than usual on or around a particular date.
iii. The dictionary defines populism as “political ideas and activities that are intended to get the support of ordinary people by giving them what they want”. The dictionary definition includes the usage label “mainly disapproving”.
About University of Cambridge:
♦ Established – 1209
♦ Location – Cambridge, England, United Kingdom
♦ Type – Public Research University

Forex reserves claw back to $400-bn mark again
According to the weekly data from the Reserve Bank of India (RBI), India’s foreign exchange reserves crossed the $ 400-billion mark again, in the week to November 24, 2017. 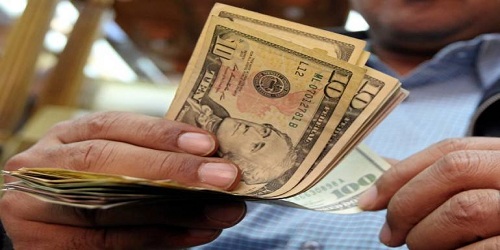 India’s Forex Reserves – Latest Data:
i. As per RBI data, forex reserves increased by $ 1.208 billion to touch $ 400.741 billion.
ii. In the previous week, forex reserves rose by $ 240.4 million to $ 399.533 billion.
iii. The latest surge in forex reserves came solely on the back of increase in foreign currency assets.
iv. Foreign currency assets is a major component of the overall reserves and currently stands at $376.304 billion in the week to November 24, 2017.
v. For the reporting week, Gold reserves remained unchanged at $ 20.666 billion while special drawing rights with the International Monetary Fund (IMF) marginally declined by $ 0.1 million to $ 1.497 billion.

India is biggest importer of U.S. oil refinery by-product ‘petcoke’
India has become the biggest importer of U.S. oil refinery by-product ‘petcoke’, which in 2016 got almost a fourth of all the fuel-grade “petcoke” the U.S. shipped out.
India – biggest importer of petcoke:
i. Petroleum coke called as ‘petcoke’, a U.S. oil refinery by-product, is cheaper and burns hotter than coal. But it also contains more planet-warming carbon and heart and lung-damaging sulfur.
ii. In 2016, the U.S. sent more than 8 million metric tonnes of petcoke to India. That’s about 20 times more than in 2010.
iii. The Supreme Court recently banned petcoke use by some industries as of November 1, 2017 in the three states surrounding New Delhi.
Some of the world’s most polluted cities by particulate matter concentration:
♦ Iran – Zabol
♦ India – Gwalior
♦ India – Allahabad
♦ Saudi Arabia – Riyadh 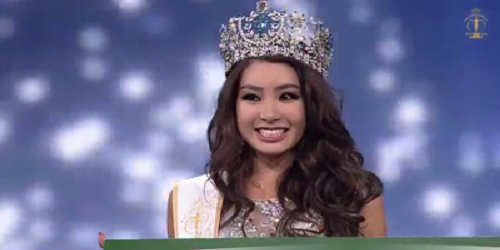 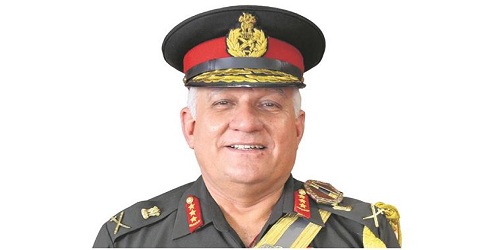 Lieutenant General D R Soni – chief of Indian Army’s Southern Command:
i. Lieutenant General D R Soni is an Armoured Corps officer of the 1979 batch. Prior to this, he was General Officer Commanding-in-Chief of the Army Training Command since September 2016.
iii .He is an alumnus of the National Defence Academy, Khadakwasla, and the Indian Military Academy, Dehradun. He was commissioned in the Central India Horse in June 1979.
iv. He has done requisite Army courses including the Junior Command, Senior Command and Higher Command Courses.
About Commands of the Indian Army:
Army Training Command, Central Command, Eastern Command, Northern Command, South Western Command, Southern Command and Western Command 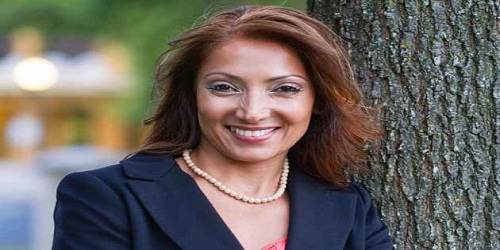 About Preet Didbal:
i. Preet Didbal was elected to Yuba city council in 2014 and is currently serving as vice-mayor. She will be sworn in as mayor on December 5, 2017.
ii. Ravi Bhalla is another Sikh Mayor in US. He was elected as mayor of Hoboken, New Jersey in November 2017.
iii. The Sutter-Yuba region in California is home to one of the largest Sikh communities in the country. It is estimated that US has around 500000 people who follow the Sikh faith.

Pakistan’s Law Minister Zahid Hamid resigns
On November 27, 2017, Pakistan’s Minister for Law and Parliamentary Affairs, Zahid Hamid tendered his resignation to Prime Minister Shahid Khaqan Abbasi, following protests by hardline religious groups in Pakistan.
Reason behind Zahid Hamid’s Resignation:
i. Mr. Zahid Hamid had brought in a change in the wording of the oath of office. According to certain hardline religious groups in Pakistan, these changes undermined Islamic beliefs and linked it to blasphemy.
ii. Protesters took to streets demanding the reversal of these changes and demanding Mr. Hamid’s resignation.
iii. During two-day clashes between protesters and security forces in Islamabad and other places in Pakistan, at least six people were killed and hundreds were injured.
iv. Zahid Hamid’s resignation was a part of a deal reached between the government and the protesters.

Researchers discover 300 fossilised Pterosaur eggs in China
A team of Brazilian and Chinese paleontologists have announced the discovery of about 300 fossilised eggs and skeletons of pterosaurs.
Fossilised Pterosaur eggs discovered in China:
i. The fossils, some of them of embryos with the bones preserved in three dimensions, were found in 2015-2016 in the northeastern Chinese region of Hami. They were analysed and described in a joint project by Brazilian and Chinese dinosaur experts.
ii. The research was published in the journal Science. Pterosaurs are a group of extinct winged dinosaurs that were the first known vertebrates to be able to fly.
iii. Molds and casts of the eggs and the bones found by the team will be on display form 1st December 2017 at the National Museum in Rio de Janeiro.
National Museum of Brazil:
♦ Established – 1818
♦ Location – Rio de Janeiro, Brazil
♦ Type – Natural history, ethnology and archaeology

Cyclone Ockhi ravages Tamil Nadu, Kerala, Lakshadweep
On December 1, 2017, Cyclone Ockhi, originating near Sri Lanka over the Bay of Bengal, moved over the Arabian sea through Kanyakumari triggering heavy rains and high speed wind in Lakshadweep islands.
i. Due to heavy rains along with strong winds on account of Cyclone Ockhi, several trees got uprooted and communication lines were disrupted in Tamil Nadu, Kerala and islands of Lakshadweep.
ii. Many fishermen from Kerala and Tamil Nadu have been reported to be missing.
iii. Tamil Nadu Chief Minister E Palaniswami has asked Union Home Minister Rajnath Singh to intensify search and rescue operation for the missing fishermen with the help of Indian Coast Guard and Indian Navy. 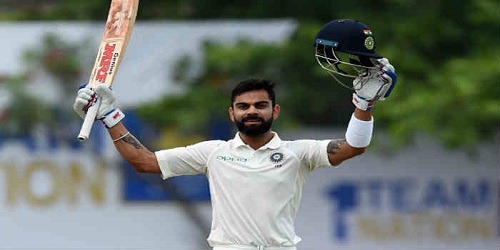 Virat Kohli – first captain to score six double ton:
i. Virat Kohli scored 200 off 238 balls on the second day of the ongoing Test against Sri Lanka at the Ferozshah Kotla stadium. This record of six double centuries is a first as a captain.
ii. He has surpassed West Indies’ Brian Lara, who held the record previously with five double tons in Tests.
iii. Also Virat Kohli now shares the record of most number (six) of double centuries for Indian in Test cricket with Sachin Tendulkar and Virender Sehwag. He is also only the second Indian after Vinod Kambli to score back-to-back double hundreds.
About Test cricket triple centuries:
♦ Andy Sandham – 325 runs
♦ Donald Bradman – 334 runs
♦ Wally Hammond – 336 runs