We are here for you to provide the important current affairs December 23 2017 which have unique updates of all daily events from all newspapers such as The Hindu, The Economic Times, PIB, Times of India, India Today, Indian Express, Business Standard, all Government official websites. Our complete current affairs helps you to get more marks in Banking, insurance, UPSC, SSC, CLAT, Railway and all other competitive Exams. 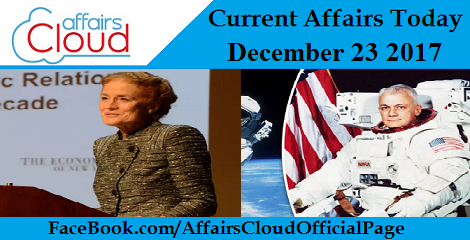 Details about NDMA’s mock exercise on earthquake in Haryana:
i. NDMA conducted this exercise in collaboration with the Haryana State Disaster Management Authority (SDMA).
ii. Objective behind conducting this exercise was to assess Haryana State administration’s preparedness and evaluating the response mechanism in a disaster situation.
iii. The exercise was carried out as a response to simulated earthquake measuring 6.8 on the Richter Scale, having epicentre at West of Gurugram along the Jaipur Ridge and the Sohna Fault line.
iv. It is to be noted that Haryana is vulnerable to huge damage due to earthquake owing to its proximity with Himalayan foothills, which itself is an earthquake prone area.
Quick Facts about NDMA:
♦ Founded in – 2005
♦ Headquarters – New Delhi
♦ Parent Entity – Union Ministry of Home Affairs UP Excise (Amendment) Bill 2017:
i. The bill was introduced by Parliamentary Affairs Minister Suresh Khanna. The bill was passed by voice vote.
ii. The bill enforces death penalty, life sentence and fine ranging from Rs 5 lakh to Rs 10 lakh in case of death due to consumption of spurious liquor(ethyl alcohol containing traces of methyl alcohol).
iii. It also provides imprisonment for 6 to 10 years and fine of Rs 3 to Rs 5 lakh in case of disability caused due to consumption of spurious liquor.
Recent schemes introduced by Uttar Pradesh government:
♦ Sahaj Bijli Har Ghar Yojana – Saubhagya Scheme
♦ Contract Farming Scheme for Doubling Farmers Income by 2022
♦ UP Mukhyamantri Samoohik Vivaah Yojana – Mass Marriage Scheme for Couples

UNGA rejects Jerusalem as Israel’s capital
On December 21, 2017, United Nations General Assembly (UNGA) passed a resolution rejecting the American recognition of Jerusalem as Israel’s capital.
i. 128 UN member countries (including India) voted in favour of the resolution, nine countries voted against it and thirty-five countries abstained from voting.
ii .Israel, United States, Marshall Islands, Micronesia, Nauru, Togo, Palau, Honduras and Guatemala voted against this resolution while 35 countries including Australia, Canada, Mexico and Poland abstained from voting.
iii .However, this vote was just symbolic in nature and is not legally binding.
iv. Earlier on December 18, 2017, U.N. Security Council failed to adopt a similar resolution as U.S. exercised its veto power against it.

India selected as Chair of Ad Hoc Committee of Kimberley Certification Scheme
India has been selected as Chair for the Ad Hoc Committee on Review & Reforms (AHCRR) to reform the Kimberley Process Certification Scheme (KPCS) besides, Angola will be the Vice Chair of this Committee. India’s selection was announced at Kimberley process (KP) Plenary Session held in Brisbane, Australia from 9th – 14th December, 2017.
i. Both India and Angola will work with other members of the Committee on several reform issues related to changes in core document, Kimberley Process’s permanent secretariat office, expansion of scope of the KP and multi donor fund issues.
ii. From the Indian side, a delegation led by Joint Secretary, Department of Commerce, comprising Government officials and representatives of Gem & Jewellery Export Promotion Council (GJEPC) attended this session………………………………………Click here to Read more TSRTC gets two prestigious SKOCH Awards
Two initiatives of Telangana State Road Transport Corporation (TSRTC) have been awarded SKOCH Awards for the year 2017.
i. TSRTC got one award for ‘Vajra Services’, an intercity travel facility between Hyderabad and four cities of Nizamabad, Warangal, Karimnagar and Godhavari Khani.
ii. Other award was given to honour TSRTC’s initiative for providing employment to the children of medically unfit employees.
About SKOCH Awards:
♦ SKOCH Awards were instituted in 2003 by SKOCH Group, a think tank dealing with socio-economic issues with a focus on inclusive growth.
♦ Skoch Awards honours individuals/entities who strive to bring about positive socio-economic changes.
♦ These awards are presented for displaying exemplary leadership in the fields of governance, banking, finance, technology, economics, corporate citizenship, and inclusive growth. About Henrietta Fore:
i. Henrietta Fore was the first woman to be appointed Administrator of the US Agency for International Development. She held this position from 2006-2009.
ii. Currently, she is the CEO of Holsman International, a manufacturing and investment company.
iii. She will assume charge as seventh Executive Director of UNICEF on January 1, 2018. Current Executive Director of UNICEF is Anthony Lake.
iv. UNICEF is a member of the United Nations Development Group and works for providing humanitarian and developmental assistance to children and mothers in developing countries.
Quick Facts about UNICEF:
♦ Established in – 1946
♦ Headquarters – New York, US
♦ Parent Organisation – United Nations 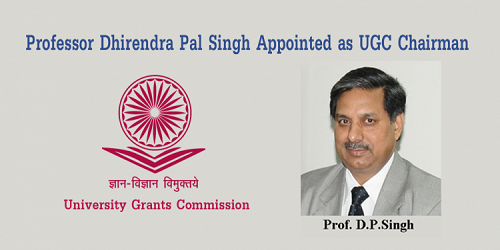 Professor Dhirendra Pal Singh – UGC chairman:
i. Professor Dhirendra Pal Singh has been appointed as UGC chairman for a period of five years. He has been serving as director of NAAC (National Assessment and Accreditation Council) since August 2015.
ii. He has 34 years of professional experience in various fields of education such as planning and administration, institution building, teaching and training, research and development, international cooperation, etc.
iii. He has served as vice-chancellor of Banaras Hindu University, Varanasi, Dr Hari Singh Gour University, Sagar and Devi Ahilya University, Indore.
About University Grants Commission of India (UGC India):
♦ Formation – 1956
♦ Headquarters – New Delhi
♦ Functions under – Ministry of Human Resource Development More Information about LIGO gravitational wave detector to be built in India:
i. In 2016, LIGO detectors discovered the gravitational waves produced by two giant merging blackholes. LIGO detector in India will help to pinpoint the origin of the gravitational waves that are detected in future.
ii. This will be the world’s third LIGO detector, along with two already operational in the US.
iii. Somak Raychaudhury, Director of the Inter-University Centre for Astronomy and Astrophysics (IUCAA), Pune has stated that location for the new detector in India has been selected, and the acquisition has started.
iv. Funding for this purpose is provided by the Science and Technology Facilities Council (STFC) through its Newton-Bhabha project on LIGO.
v. Institute for Plasma Research in Ahmedabad and Raja Ramanna Centre for Advanced Technology in Indore are in charge of building various parts of the system. Death of Bruce McCandless:
i. The cause for Bruce McCandless’ death has not been mentioned. He was 80 years old.
ii. Bruce McCandless performed the famous spacewalk in 1984, during which he did not use restrictive tethers and umbilicals.
iii. He has been honoured with numerous awards like the Legion of Merit, American Expeditionary Service Medal, NASA Space Flight Medal, and NASA Exceptional Engineering Achievement Medal.
About National Aeronautics and Space Administration (NASA):
♦ Formed – 1958
♦ Headquarters – Washington, D.C., U.S.
♦ Motto – For the Benefit of All