We are here for you to provide the important current affairs August 26 2018 which have unique updates of all daily events from all newspapers such as The Hindu, The Economic Times, PIB, Times of India, India Today, Indian Express, Business Standard, all Government official websites. Our complete current affairs helps you to get more marks in Banking, insurance, UPSC, SSC, CLAT, Railway and all other competitive Exams. Bhopal and Kolkata topped in CSE rankings of ‘Urban Commute’ on clean transportation
On August 26, 2018, the New Delhi-based think tank, Centre for Science and Environment (CSE) released its analysis – titled The Urban Commute in Kolkata on pollution in urban commute. i. This sum of money will be paid to Reliance Power Netherlands BV by Prestige Capital Holdings (a Seychelles-based company) and Kokos Jiang.
ii. This decision was taken by the Arbitration Tribunal constituted under Singapore International Arbitration Centre (SIAC).
iii. This is related to a contractual dispute in the context of the company’s coal mines in Indonesia.
Background:
Reliance Power had acquired the entire economic interest in three coal mining concessions in Indonesia in 2010 from Kokos Jiang is the owner of Sugico Group in Indonesia. Citi is the founding partner of Asia Society’s Asia Game Changer Awards.
Key Points:
About  the Game Changer of the Year Awardee:
i. She will be honored in recognition of her business achievements, humanitarian record and advocacy for women and girls around the world.
ii. Under her guidance, Pepsi Co had a life-saving collaboration with the United Nations on food, nutrition, global water, climate, and women’s empowerment issues.
About the award:
♦ The 2018 Asia Game Changer Awards will be given in October 2018.
♦ It is given to individuals and institutions who have broken barriers, defined courage, worked miracles, and in turn inspired their fellow citizens of the world.
About Asia Society:
♦ Headquarters: New York City, USA.
♦ Founded in 1956.

Lalchand Rajput appointed head coach of Zimbabwe cricket team
On August 26, 2018, former India opener Lalchand Rajput was appointed the head coach of Zimbabwe national cricket team by the Zimbabwe Cricket (ZC).
i. He is likely to remain in charge for the 2020 World T20 and beyond.
ii. He was earlier appointed as the interim head coach of Zimbabwe in May.
iii. He has been the manager of the MS Dhoni-led Indian team during the T20 World Cup in South Africa in 2007.
iv. He has secured Full Membership at the ICC and won six limited-overs series under Rajput Afghanistan.
v. He had also coached Assam and a team in Mumbai Premier League and had held administrative position in the Mumbai Cricket Association.
vi.Rajput has also coached Afghanistan, who played their first Test against India in June this year, and was praised for his work. He was appointed Afghanistan coach in 2016.
Zimbabwe:
♦ Capital: Harare.
♦ Currency: US Dollar, Euro, South African rand.
♦ President: Emmerson Mnangagwa.

i. They were developed by the Innovation Academy for Microsatellites of the Chinese Academy of Sciences.
ii. The twin satellites entered orbit more than three hours after the launch. They will work together with 10 other BeiDou-3 satellites already in orbit.
iii. They were named after the Chinese term for the Big Dipper and started serving China in 2000 and the Asia-Pacific region in 2012.

Indian-American scientist finds simple way to detect inflammatory bowel disease (IBD)
Chander Mohan, an Indian-American scientist, has identified 50 protein biomarkers that can non-invasively detect inflammatory bowel disease (IBD).
i. IBD is caused when the body’s immune system fights its intestinal cells. It leads to diarrhoea, abdominal cramps, blood in stools and weight loss.
ii. Chander Mohan is a professor at University of Houston in the US. He has received a grant of USD 347,490 from the Crohn’s & Colitis Foundation of America.
iii. He is examining stool protein biomarkers that indicate IBT along with Subra Kugathasan, an IBD expert and a gastroenterologist at Emory University in the US.

Gopal Bose : former Bengal cricket captain passes away at 71
On August 26, 2018, the former Bengal opener and captain Gopal Bose passed away at 71.
i. He started his career with the first-class cricket in the 1968-69 season and accumulated 3757 runs at an average of 30.79.
ii. He was part of India’s squad for the England tour in 1974 and played one-day international.
iii. He was the selector and coach of the Bengal junior team.
iv. He was also appointed manager for the Virat Kohli-led India Under-19 side during the 2008 Under 19 World Cup.
v.He was bestowed with Lifetime Achievement Award by the Cricket Association of Bengal(CAB). 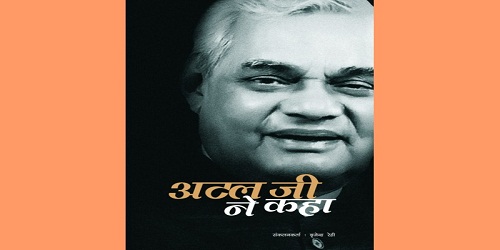