We are here for you to provide the important current affairs August 12 2018 which have unique updates of all daily events from all newspapers such as The Hindu, The Economic Times, PIB, Times of India, India Today, Indian Express, Business Standard, all Government official websites. Our complete current affairs helps you to get more marks in Banking, insurance, UPSC, SSC, CLAT, Railway and all other competitive Exams. Criminal Law (Amendment) Act, 2018 passed; Allowing death sentence for rape of children below 12 years
On August 12, 2018, President Ram Nath Kovind has given assent to the Criminal Law (Amendment) Act, 2018, that provides death penalty for convicts accused of raping girls below the age of 12 years.
i. It has been deemed to have come into force on the 21st day of April, 2018.
ii. It will further amend the Indian Penal Code, Indian Evidence Act, 1872, the Code of Criminal Procedure, 1973 and the Protection of Children from Sexual Offences Act, 2012.
About the amendments:
i. Death sentence has been provided for rapists of girls under 12 years.
ii. The minimum punishment in case of rape of women has been increased from seven years to 10 years, extendable to life imprisonment.
iii. In case of rape of a girl under 16 years, the minimum punishment has been increased from 10 years to 20 years, extendable to life imprisonment.
iv. The punishment for gang rape of a girl below 16 years will be imprisonment for the rest of life of the convict.
v. Provision for speedy investigations and trial which should be mandatorily completed within two months.
vi. A six-month time limit for the disposal of appeals in rape cases has also been prescribed.
vii. There will also be no provision for anticipatory bail for a person accused of rape or gang rape of a girl under 16 years.
Background:
The amendments replaces the ordinance promulgated on April 21 after the rape and murder of a minor girl in Kathua and another woman in Unnao. 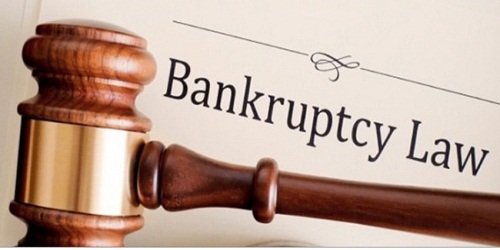 Objective:
The Bill seeks to clarify that allottees under a real estate project should be treated as financial creditors.
Key Points:
i. Home buyers will get due representation in the Committee of Creditors and make them an important part of decision making process.
ii. Setting up of a special dispensation for small sector enterprises has also been made.
iii. It allows the withdrawal of a resolution application submitted to the National Company Law Tribunal under the Code with the approval of 90 per cent of the committee of creditors.
iv. Action against the big defaulters who have taken loan from the bank but did not repay it.
v. The bill also proposes to reduce minimum voting threshold for Committee of Creditors (CoC) to 66%, from 75% for key decisions to help bail out corporates.
vi. All cases are led to resolution instead of liquidation. It should be approved by a panel of creditors by a vote of not less than 66 per cent .
vii. The average resolution time has been reduced to 1 year from 3 years and cost has been decreased from 9% to 1%.
viii. Increase of the strength of NCLAT to address the pendency of cases so that it can do speedy resolution of about 40,000 cases.
ix. NCLAT was an independent body and the government does not interfere in its functioning.
Full form of NCLAT: National Company Law Appellate Tribunal.

ii. A cloud hub for North East will be created in Guwahati and capacity building for 50,000 government staff will be taken up.
iii. This will be done using digital technologies, including Goods and Services Tax and payment platforms.
iv. The number of seats planned for BPOs in the Northeastern states will be doubled to 10,000.
v. Inauguration of a new BPO at world’s largest river island Majuli was done.
vi. The network of common service centres will be expanded to cover all villages
vii. High speed broadband connectivity in all the uncovered villages in the North Eastern region shall be provided. “e-pragati” project will be launched to connect the region.
Other Announcements:
i. The foundation stone for a common facilitation centre and smart meter manufacturing facility at the Electronics Manufacturing Cluster (EMC) in Tech City at Bongara village was laid.
ii. The government will provide Rs 1 lakh subsidy to all BPO centres coming up in small cities across the northeastern states.
iii. The government is also developing e-classrooms in medical colleges at Shillong, Guwahati, Dibrugarh, Dimapur, Imphal and Agartala.
iv. A free space optical fibre project is being launched in Arunachal Pradesh.
Assam:
♦ Chief Minister: Sarbananda Sonowal.
♦ Governor:  Prof. Jagdish Mukhi.
♦ National Parks: Kaziranga National Park, Manas National Park, Orang National Park, Nameri National Park, Dibru-Saikhowa National Park.

Israel opens Visa Application Centre in Kolkata
On August 12, 2018, Israel opened a visa application centre in the city of Kolkata for tourists from West Bengal and north eastern states.
i. Visa applications in the jurisdiction under the New Delhi centre would also be accepted here.
ii. The visa application categories include : employment, business, tourism, meeting and conferences, students.
iii. The new centre in Kolkata will no longer require residents from West Bengal and NE states to send in their documents to the Israeli embassy in New Delhi.
Other Initiatives:
i. Israel announced a reduction in visa fees to INR 1,100 from its previous INR 1700 charge from Indians.
ii. The Israeli Ministry of Tourism will be conducting a roadshow in Kolkata on August 29 to increase the interest of tourists to visit the country.

About the Collaboration:
i. A joint research working group will be constituted by the signatories for formulating the research agenda and targeted outcome.
ii. It will also carry out research towards identifying potential applications of blockchain techonology particularly in the area of infrastructure financing.
iii. It would enhanced cooperation among BRICS development banks, and would also speed up and simplify the processes.
iv. It would also reduce the cost of cross-border payments using the blockchain technology.
Backround:
The BRICS grouping comprises Brazil, Russia, India, China and South Africa.
BRICS:
Founded: June 2006.
New Development Bank (BRICS):
Headquarters: Shanghai, China.
President: K. V. Kamath.

ii. They were honoured for their remarkable contributions in entrepreneurship, economic development, innovation and community service.
iii. Aruna Viswanathan is the Chief Operating Manager at Alphax Decision Sciences. Carlecia Wright is the Director, City of Houston Office of Business Opportunity.
iv. Jewel Smith is Supplier Diversity Manager at CenterPoint Energy.
v. Other awards presented at the event are:

Marie Curie – most influential woman in history:
i. Marie Curie has topped the ‘Women who Changed the World’ list. BBC History Magazine conducted a reader’s poll of 100 women who changed the world.
ii. Women from various fields like politics, science, sports, technology and literature were shortlisted.
iii. Marie Curie was nominated by Patricia Fara, president of the British Society for the History of Science. Marie Curie had won Nobel Prize in Physics in 1903 and Nobel Prize in Chemistry in 1911.
iv. Top 5 persons in the list are:
1 – Marie Curie (Nobel Prize-winning scientist)
2 – Rosa Parks (US civil rights activist)
3 – Emmeline Pankhurst (leader of the British suffragette movement)
4 – Ada Lovelace (early computer programmer)
5 – Rosalind Franklin (British chemist)
About Marie Curie:
♦ Lived – 1867 – 1934
♦ Polish-born French physicist and chemist
♦ first woman to win a Nobel Prize in physics
♦ first female professor at the Sorbonne in France
♦ first person to win a second Nobel Prize
♦ only person to have won Nobel Prizes in two sciences i. Wikipedia contributors from India, Bangladesh and Nepal generated the content.
ii. It has content of about 70,000 words.
iii. The home page of the Santhali edition of Wikipedia carries an article on Raghunath Murmu, who created the Ol Chiki script.
Other achievements of Santhali language :
i. In November 2017, 24-year-old Shikha Mandi became the first radio jockey in the language.
ii. Several hundred students wrote their Class 10 board examinations under the West Bengal Board of Secondary Education (WBBSE) in the Ol Chiki script for the first time in 2018.
iii. It was heard for the first time on a global platform in March during the Inter-Parliamentary Union from a 33-year-old doctor and MP , Uma Saren.
About Santhali Language:
i. It is one of the 22 scheduled languages of India in the constitution.
ii. It is written in Ol Chiki script and spoken by 6.4 million people, according to the 2001 census, in India alone.
iii. Major speakers are from Jharkhand, West Bengal, Odisha and Assam. It is also spoken in Bangladesh and Nepal.
Background:
The Santhali Wikipedia got approval from the language committee of the Wikimedia Foundation on June 28 and went live on August 2,2018.
Wikipedia:
Wikipedia is available in nearly 300 languages globally as of August 2018.

Two additional directors appointed by Board of IndusInd Bank ; effective from Aug 10
On August 12, 2018, IndusInd Bank board has appointed 2 non-executive independent directors.
i. They are : Akila Krishnakumar and Anil Tiwari .
ii. Their appointment is with effect from August 10,2018.

Parker Solar Probe:
i. The Parker Solar Probe was carried by a United Launch Alliance Delta IV Heavy rocket.
ii. The Parker Solar Probe has been sent on a 7 year long mission to study the Sun’s outer atmosphere and its effects on space weather.
iii. The spacecraft is of the size of a car. It will directly travel into the Sun’s atmosphere, nearly 4 million miles from its surface and more than 7 times closer than any spacecraft has gone before.
iv. The spacecraft has an innovative Thermal Protection System. The heat shield has been designed to withstand radiation equivalent to up to 500 times the Sun’s radiation here on Earth. The mission costs USD 1.5 billion.
v. It will make the closest-ever observations of a star when it travels through the Sun’s outer atmosphere which is called the corona.
vi. Corona is a region of the Sun that is only seen from Earth when the Moon blocks out the Sun’s bright face during total solar eclipses. Corona is nearly 300 times hotter than the Sun’s surface.
vi. It will make 24 passes through the corona during the 7 year mission. It has a range of instruments to study the Sun both remotely and directly.
vii. Measurements and imaging performed by the mission will give a better understanding of the corona and how processes there affect near-Earth space.
About United Launch Alliance (ULA):
♦ joint venture between Boeing & Lockheed Martin
♦ President & Chief Executive Officer – Salvatore T. “Tory” Bruno
♦ Headquarters – Centennial, Colorado, USA

Highlights:
i. India’s Niki Poonacha beat Australia’s Michael Look 6-3, 6-1 in the final and won the men’s singles title of ITF men’s Futures tennis tournament in Indonesia.
ii. This was his first singles title. He is 23 years old. His rank is 1111. He has won 3 doubles titles including one with Davis Cup winner Ramkumar Ramanathan.
About ITF (International Tennis Federation):
♦ President – David Haggerty
♦ Headquarters – London

Lionel Messi assumes Barcelona captaincy
On 10th August 2018, Lionel Messi was made the captain of Barcelona football team.
i. Sergio Busquets and Gerard Pique will be his lieutenants. Lionel Messi will lead the team in the Spanish SuperCup.
ii. Lionel Messi has won the prestigious Ballon d’Or award five times. 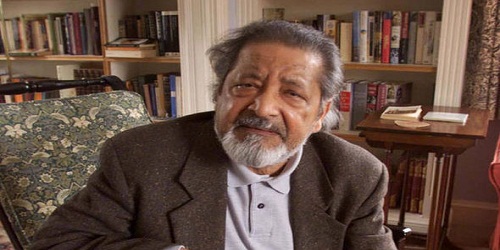 Death of V S Naipaul:
i. V S Naipaul was 85 years old. He was born as Vidiadhar Surajprasad Naipaul on 17th August 1932 in Trinidad.
ii. He received the Booker Prize in 1971 and Nobel Prize in Literature in 2001. He received a knighthood from Queen Elizabeth in 1989.
iii. Some of his popular books are: A House for Mr Biswas, An Area of Darkness, India: A Million Mutinies Now, The Middle Passage and The Overcrowded Barracoon. 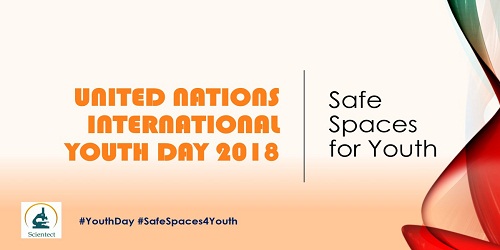 6th World Elephant Day
August 12 is annually celebrated as World Elephant Day.
i. It is an international annual event dedicated to the preservation and protection of the world’s elephants.
ii. To celebrate this day in India, the Coochbehar Mountaineers Club (CMC) have started awareness programmes and campaigns at Jaldapara National Park, West Bengal.
iii. It was first conceived by Canadian filmmakers Patricia Sims and Michael Clark of Canazwest Pictures, and Sivaporn Dardarananda, Secretary-General of the Elephant Reintroduction Foundation in Thailand.  It was started in August 12, 2012.
iv. It is now supported by over 65 wildlife organizations across the globe.