We are here for you to provide the important current affairs April 9 2018 which have unique updates of all daily events from all newspapers such as The Hindu, The Economic Times, PIB, Times of India, India Today, Indian Express, Business Standard, all Government official websites. Our complete current affairs helps you to get more marks in Banking, insurance, UPSC, SSC, CLAT, Railway and all other competitive Exams. Overview of Nepal Prime Minister KP Oli’s India visit
Prime Minister of Nepal, KP Oli was on a three-day official visit to India from 6th – 8th April 2018.
i. India will build a strategic railway link between Raxaul in Bihar and Kathmandu in Nepal to enhance people-to-people linkages and promote economic growth and development.
ii. India and Nepal reiterated their commitment to promote bilateral cooperation in agricultural science and technology, agricultural production and agro-processing.
iii. India and Nepal have agreed to develop inland waterways for cargo movement, within the framework of trade and transit arrangements.………………………………………………………………Click here to Read More 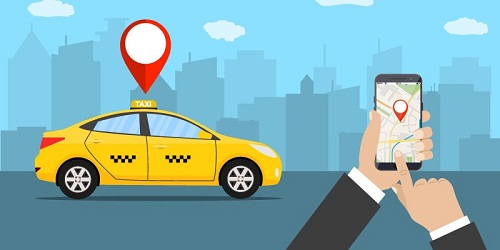 Goa State Government’s app-based taxi service:
i. Earlier, tourist taxi operators who run their businesses individually in Goa, opposed attempts made by online cab aggregators like Ola to start services in the state, fearing that such a move will affect their business.
ii. Thus, Goa Tourism Development Corporation (GTDC) itself decided to start the new mobile application-based transport service and invited the taxi operators to register with it.
iii. All taxi operators, who hold licence to run cabs in Goa, are eligible to register for this application-based transport service.
iv. The app-based taxis would operate from locations like GTDC residencies (hotels) across the state and registered taxi operators will have to follow the online queuing system, based on which a ride will be confirmed or assigned to them.
Quick Facts about Goa:
♦ Capital – Panaji
♦ Current Chief Minister – Manohar Parrikar
♦ Current Governor – Mridula Sinha
♦ Important River – Mondovi Free chemotherapy units in Maharashtra:
i. This facility will be rolled out in phased manner, starting with hospitals in Nagpur, Pune, Gadchiroli, Amravati, Jalgaon, Nashik, Satara, Wardha, Bhandara and Akola.
ii. Availability of free chemotherapy at district hospitals will provide relief to cancer patients, who have to come to Mumbai’s Tata Memorial Hospital in Parel by incurring travel and lodging expenses and face related inconvenience.
iii. A physician and nurse from each of the district hospitals (where chemotherapy treatment will be provided ) would be imparted training by the Medical Oncology department of Tata Memorial.
iv. In context of this news, it is important to note that according to the National Cancer Registry Programme, 11 lakh people are diagnosed with cancer every year across India.
Quick Facts about Maharashtra:
♦ Capital – Mumbai (summer), Nagpur (winter)
♦ Current Governor – C. Vidyasagar Rao
♦ Current Chief Minister – Devendra Fadnavis
♦ Important National Park – Sanjay Gandhi National Park

Kerala issues protocol to confirm brain death cases
With an aim to make organ transplants more transparent in the state, Kerala State Government has issued guidelines to be followed to confirm brain death cases.
Guidelines to confirm brain death cases:
i. A medical board comprising four doctors, including one in government service, will be the competent authority to declare a patient brain-dead.
ii. The guidelines have been divided in to three stages viz. – precautions to be taken before tests to determine brain death, analysis of reflective actions of brain and apnea test (known as sleep test).
iii. Distinction between a state of coma and brain has also been clearly outlined by precise definitions. A state of unconsciousness caused by damage to particular nerves of brain has been defined as ‘Coma’ while state of permanent destruction of brain cells caused by excessive bleeding in brain has been defined as ‘Brain Death’.
Quick Facts about Kerala:
♦ Capital – Thiruvananthapuram
♦ Current Chief Minister – Pinari Vijayan
♦ Current Governor – P. Sathasivam
♦ Important National Park – Silent Valley National Park 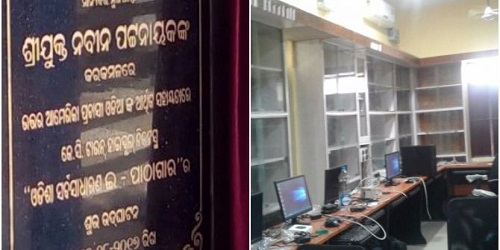 Odisha Public e-library opens in Berhampur:
i. The Odisha Public e-library is expected to support the library movement of Odisha and help computer literate students.
ii. This library was inaugurated by Odisha chief minister Naveen Patnaik at BeMC’s Maharaj Krushna Chandra Gajapati Research Library in Berhampur on 31st August  2017. Later it was moved to the Town Hall since it has more space and parking slots.
iii. The library has 12 computers, two servers and a projector. The library was opened for the public on 4th April 2018.
iv. The BeMC will connect with the National Informatics Center (NIC) so that its e-Granthalaya can also be accessed. The library has employed two staff members and one technical worker.
v. OSA (Odisha Society of America) is an association of Odia people living in the US. OSA had offered Rs 20 lakh for the e-library through chief minister’s relief fund.
Some National Parks in Odisha:
♦ Simlipal National Park
♦ Bhitarkanika National Park

UIDAI brings digitally-signed QR code with photo for e-Aadhaar
The UIDAI (Unique Identification Authority of India) has introduced secure digitally-signed QR Code on e-Aadhaar that will contain photograph of the Aadhaar holder along with demographic details.
UIDAI brings digitally-signed QR code with photo for eAadhaar:
i. UIDAI has replaced the existing QR code on e-Aadhaar containing the Aadhar holder’s demographic details with a secured digitally-signed QR Code that contains demographics along with photograph of the Aadhaar holder.
ii. This has been introduced to enable better offline verification of an individual. QR code is a form of barcode label containing machine-readable information.
iii. e-Aadhaar is the electronic version of Aadhaar. It can be downloaded from UIDAI website.
iv. This new facility enables user agencies like banks to verify authenticity of Aadhaar card offline. Still, to confirm that a person is a bona fide owner of the Aadhaar card, a manual check of photo with the individual’s face, should be performed.
v. UIDAI’s e-Aadhaar QR Code reader software has been made available on its website since 27th March 2018.
vi. Now, in the e-Aadhaar, there will be a small QR code on front side of cutaway portion, with demographic data only. Large QR code on top portion of front side and the back will contain demographic data and photo.
vii. To make this information more secure and tamper-proof it will be signed with UIDAI digital signature.
About UIDAI (Unique Identification Authority of India):
♦ CEO – Ajay Bhushan Pandey
♦ Headquarters – New Delhi 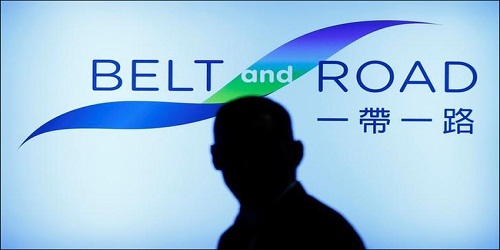 Details about Singapore-China MoU:
i. Belt and Road initiative is a strategic developmental project proposed by Chinese president Xi Jinping in year 2013. The project aims to connect China with Eurasia through land-based “Silk Road Economic Belt” (SREB) and ocean going “Maritime Silk Road” (MSR).
ii. As per the terms of the MoU, Singapore’s Ministry of Trade and Industry (MTI) and NDRC (China’s lead agency for BRI) will form a working group to identify sectors and markets of mutual interest, and organise business matching activities and forums to facilitate third-party market cooperation between Singapore and Chinese companies along the Belt and Road.
iii. Commercial and policy banks, insurers and financial institutions will also be roped in to support the financing and project structuring needs of third-party market ventures. Highlights of President Ram Nath Kovind’s visit to Equatorial Guinea:
i. Mr. Ram Nath Kovind is the first President of India to visit Equatorial Guinea.
ii. President Ram Nath Kovind was conferred with the ‘Condecoracion’, the highest honour accorded to a non-citizen by the government of Equatorial Guinea. So far, ‘Condecoracion’ has been awarded only to select heads of state.
iii. During his meeting with  Equatorial Guinea President, Teodoro Obiang Nguema Mbasogo, President Kovind discussed various issues of global and regional interest, and also agreed to expand bilateral partnership towards cooperation in the fields of agriculture, mining, health, telecommunication and Information Technology (IT).
iv. During the course of this visit, India and Equatorial Guinea signed three Memorandum of Understanding (MoU) in the fields of AYUSH and traditional medicine; medicinal plants; and an action plan for Information and Communication Technology.
Quick Facts about Equatorial Guinea:
♦ Capital – Malabo
♦ Currency – Central African franc
♦ Current President – Teodoro Obiang Nguema Mbasogo
♦ Important Rivers – Benito, Mven, Komo

Microfactory that may help tackle e-waste hazard
Veena Sahajwalla, an Indian-origin scientist in Australia, has launched the world’s first microfactory that can transform the components from electronic waste like smartphones and laptops into valuable materials for re-use. 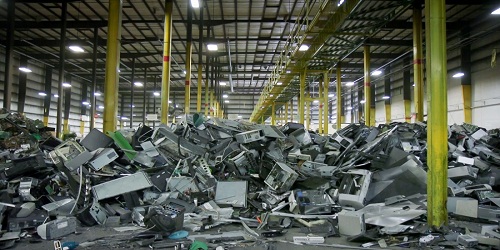 Microfactory that may help tackle e-waste hazard:
i. Veena Sahajwalla, a professor at the University of New South Wales, said that, the e-waste microfactory can also convert many types of consumer waste like glass, plastic and timber into commercial materials and products.
ii. Veena Sahajwalla pursued her BTech degree in metallurgical engineering from IIT Kanpur in 1986.
iii. She said that, the transformed materials include metal alloys and various micromaterials. They can be used in industrial-grade ceramics.
iv. Specific quality plastics from computers, printers and other discarded sources can be converted to filaments and used for 3D-printing applications.
Some museums in India:
♦ Assam State Museum – Guwahati, Assam
♦ Mayong Central Museum and Emporium – Mayong, Asssam
♦ Srimanta Sankaradeva Kalakshetra – Guwahati, Assam

SBI to invest Rs 80 bn in hydropower project of Nepal
India’s largest bank, State Bank of India (SBI) will be investing a total of Rs 80 billion in the 900 megawatt (MW) Arun III hydropower project of Nepal.
i. The contract for constructing this project has been awarded to Sutlej Jal Vikas Nigam (SJVN) and SJVN has made an agreement with the SBI to acquire the investment as a loan.
ii. Indian Government has already granted approval to SJVN to invest Rs. 92 billion in this project.
iii. This project is targeted to be completed by September 2022. On account of investment, SJVN will take the charge for 25 years excluding the time for the construction.
Quick Facts about State Bank of India (SBI):
♦ Renamed in – 1955
♦ Headquarters – Mumbai, Maharashtra
♦ Current Chairman – Rajnish Kumar

iv. Five more banks are expected to be brought under RBI’s PCA framework. They are:

v. If more state-owned banks are placed under PCA, it is expected that credit availability for the MSME (Ministry of Micro, Small & Medium Enterprises) sector will be affected.
vii. It is said that it will take a minimum of 6-9 months for these banks to show noticeable improvement in the major regulatory indicators, in order to move out of PCA.
Tag lines of few banks:
♦ Canara Bank – Together We Can
♦ Central Bank of India – Central to You Since 1911
♦ Corporation Bank – Prosperity for all 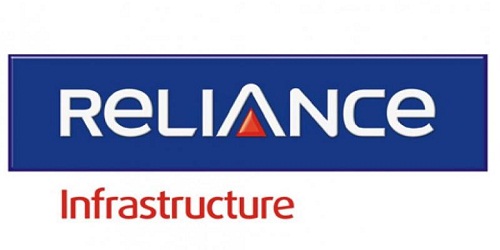 Odilorhabdins: New class of antibiotics to fight drug resistance discovered
A new class of antibiotics named “Odilorhabdins” has been discovered which can help in fighting drug-resistant or hard-to-treat bacterial infections.
Odilorhabdins:
i. The antibiotic called odilorhabdins, or ODLs, are developed by symbiotic bacteria present in soil-dwelling nematode worms that colonise insects for food.
ii. The bacteria helps to kill the insect and secretes the antibiotic to keep competing bacteria away.
iii. Researchers from the University of Illinois (UIC) at Chicago and Nosopharm, a France-based biotechnology company, were involved in this study.
iv. It has been found that ODLs act on the ribosome of bacterial cells. When ODL is bound to ribosome, it disrupts its ability to interpret and translate genetic code.
Some international airports in India:
♦ Kempegowda International Airport – Bengaluru, Karnataka
♦ Cochin International Airport – Kochi, Kerala
♦ Devi Ahilyabai Holkar International Airport – Indore, Madhya Pradesh 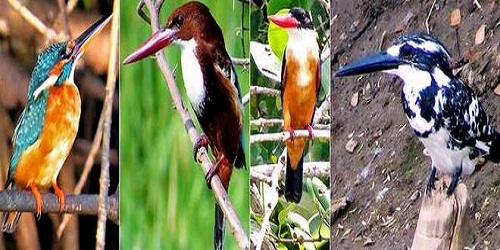