We are here for you to provide the important current affairs April 11 2018 which have unique updates of all daily events from all newspapers such as The Hindu, The Economic Times, PIB, Times of India, India Today, Indian Express, Business Standard, all Government official websites. Our complete current affairs helps you to get more marks in Banking, insurance, UPSC, SSC, CLAT, Railway and all other competitive Exams. Cabinet Approvals on April 11 2018
i. On April 11, 2018, Union Cabinet chaired by Prime Minister Narendra Modi approved following bilateral agreement and initiatives.
ii. Cabinet approves MoU between India and United Kingdom and Northern Ireland on the return of Illegal Migrants
iii. Cabinet approves revision of pay and allowances of Lieutenant Governors of Union Territories
iv. Union Cabinet has given its ex-post facto approval to Union Ministry of External Affairs for entering into Headquarters (Host country) Agreement between India and the International Solar Alliance (ISA).
v. Union Cabinet has given its approval for delegating the powers to Minister of Petroleum and Natural Gas and Finance Minister to award the Blocks/Contract Areas to successful bidders under Hydrocarbon Exploration and Licensing Policy (HELP) after International Competitive Bidding (ICB).
vi. Cabinet Committee on Economic Affairs has approved to amend PNG Rules, 1959 in order to grant relaxation to Coal India Limited (CIL) and its subsidiaries for not applying for grant of license/lease for extraction of Coal Bed Methane (CBM) under their Coal Bearing Areas.………………………………………………………………Click here to Read More

Indian Consortium and Saudi Aramco Sign MoU for Ratnagiri Mega Refinery in Maharashtra
On April 2018, Indian Consortium consisting of IOCL, BPCL and HPCL signed a Memorandum of Understanding (MoU) with Saudi Aramco, the state-owned oil company of the Kingdom of Saudi Arabia to jointly develop and build Ratnagiri Refinery & Petrochemicals Ltd. (RRPCL), an integrated refinery and petrochemicals complex, in the State of Maharashtra. 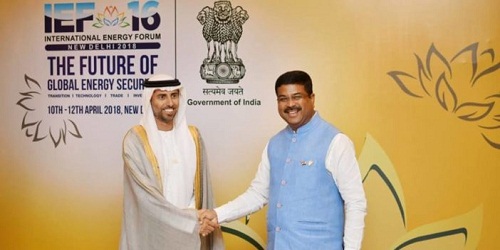 Details about Ratnagiri Refinery & Petrochemicals Ltd. (RRPCL):
i. This MoU was signed on the sidelines of 16th International Energy  Forum Ministerial Meeting in New Delhi.
ii. The MoU envisages to bring together crude supply, technologies, resources, experience and expertise of these multiple oil companies with an established commercial presence around the world.
iii. RRPCL entails investment of Rs. 3 lakh crore and will be world’s largest refining & petrochemicals project.
iv. On completion, it will be capable of processing 1.2 million barrels of crude oil per day and will also produce a range of refined petroleum products, including petrol and diesel meeting BS-VI fuel efficiency norms.
v. Union Minister of Petroleum and Natural Gas, Dharmendra Pradhan has stated that Indian consortium will own a 50% stake in this joint venture while Saudi Aramco will hold the remaining half.
Quick Facts about Saudi Aramco:
♦ Operating as Saudi Aramco since – 1988
♦ Headquarters – Dhahran, Saudi Arabia
♦ Products – Petroleum, Natural Gas and other Petrochemicals

More information about World’s Top 20 Busiest Airports:
i. With traffic increasing at the rate of 14.1%, IGI Airport climbed six spots to 16th from 22nd for previous year.
ii. The 14.1% increase has also made IGI Airport, the fastest-growing airport among the Top 20 busiest airports.
iii. The tag of World’s Busiest Airport went to Hartsfield-Jackson Atlanta Airport in the United States, which served 10.4 crore passengers during 2017.
iv. Four other airports in India too registered a double digit growth in 2017 and ranked among fastest growing airports in the world – Kolkata (26.9%), Hyderabad (19.6%), Bengaluru (12.9%) and Chennai (10.5%).
v. ACI has forecasted that by 2020, India will become the third-largest aviation market in terms of passenger throughput, after the US and China.
World’s Busiest Airports, 2017 – Top 5: 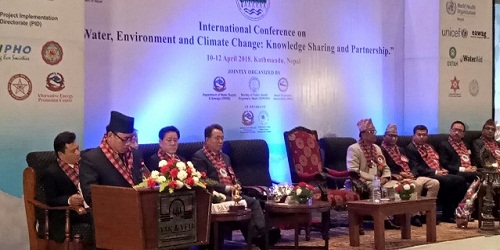 Highlight of the Conference:
i. The three day – conference was inaugurated by Vice President of Nepal Nanda Bahadur Pun.
ii. The conference has been organised by Department of Water Supply and Sewerage under Government of Nepal in association with the Society of Public Health Engineers Nepal and Nepal Engineers Association.
iii. Objective of this conference is to bring together professionals, researchers, academicians,  entrepreneurs, government and non government institutions to discuss and deliberate on challenges, opportunities and strategies related to water and environmental issues.
iv. More than 100 international participants from 20 countries including India are participating in this conference.

UP cabinet nod for integrated sugar complex in Pilibhit, Tiger Conservation Foundation in Dudhwa
On 10th April 2018, Uttar Pradesh cabinet approved construction of an integrated sugar complex in Pilibhit and setting up a Tiger Conservation Foundation in Dudhwa.
UP cabinet nod for integrated sugar complex in Pilibhit, Tiger Conserve Foundation in Dudhwa:
i. Uttar Pradesh cabinet presided by Chief Minister Yogi Adityanath decided to develop the sugar mill of Kisan Sahkari sugar mill limited located near Pilibhit since 2011 as an integrated complex.
ii. 40.308 hectare land of the sugar mill will be offered on 30 years lease. The ownership of the land will be with the sugar mill company.
iii. The cabinet also approved setting up of Dudhwa Tiger Conservation Foundation, as said by central government in 2007.
iv. A committee has been set up to monitor the foundation. It is headed by the forest minister and has 12 members.
v. A four member committee has been formed to monitor the day to day works. It is led by the regional director of Dudhwa.
Some wildlife sanctuaries in Uttar Pradesh:
♦ Bakhira Sanctuary
♦ Chandra Prabha Wildlife Sanctuary
♦ Hastinapur Wildlife Sanctuary 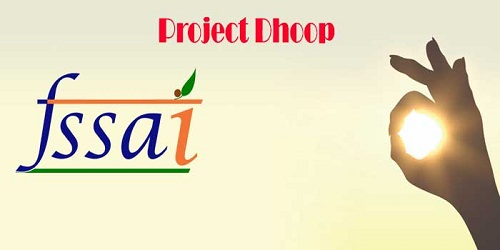 Project Dhoop:
i. Project Dhoop was launched at National Bal Bhavan in New Delhi. FSSAI CEO Pawan Agarwal said that, all schools in India have been asked to conduct daily assembly between 11 a.m. and 1 p.m.
ii. He said that, concerns of parents regarding noon assembly will be addressed properly.
iii. He added that taking fortified foods (with +F symbol) was a simple and inexpensive way to correct micronutrient deficiencies.
iv. This initiative has been conceptualised by McCannHealth. It is supported by Kwality (Ltd).
About Food Safety and Standards Authority of India (FSSAI):
♦ CEO – Pawan Agarwal
♦ Headquarters – New Delhi World’s largest solar park to come up in Gujarat:
i. On 10th April 2018, Gujarat state government offered its in-principle approval to the project.
ii. It will be established on 11,000 hectares of land along the Gulf of Khambhat in the Dholera Special Investment Region (DSIR).
iii. The construction of this solar park will attract an investment of Rs 25,000 crore and provide employment for more than 20,000 people.
iv. Gujarat Power Corporation Ltd (GPCL), Gujarat Urja Vikas Nigam Ltd (GUVNL) and Gujarat Electric Transmission Corporation (GETCO) along with Solar Energy Corporation of India (SECI) and the Central Transmission Unit (CTU) are involved in implementing the project.
v. Gujarat state government has also planned to set up a 200MW wind park in DSIR. It would attract additional investment of Rs 1,400 crore.
Some national parks in Gujarat:
♦ Vansda National Park
♦ Gir Forest National Park
♦ Blackbuck National Park 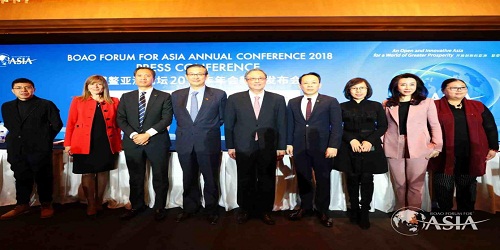 India signs MoU with World Expo 2020 Dubai
On April 10, 2018, India and World Expo 2020 signed participants’ contract for India’s pavilion in the prestigious World Expo 2020.
India’s presence at World Expo 2020 Dubai:
i. World Expo 2020 will take place in Dubai, UAE for six months beginning October 2020.
ii. As per the terms of the contract, an India pavilion will be set up at Expo 2020 on an extra large plot (about one acre) in the ‘Opportunity’ segment.
iii. The India Pavilion, which is to be developed in public-private partnership mode, will focus on country’s advances in Space, Pharma, IT, Renewable Energy, Telecom sectors.
iv. Number of Central Government Ministries, State governments, and major industry associations and businesses groups have shown interest in partnering and participating in World Expo 2020.
v. Binoy Kumar, Special Secretary in the Department of Commerce has been designated as Director General, World Expo 2020 Dubai. Indian economy will grow by 7.3% in FY’18, 7.6% in FY’19:
i. The Asian Development Bank (ADB) said that, this growth will be facilitated by various growth-oriented policy measures.
ii.In ADB’s Asian Development Outlook (ADO) 2018 report, it stated that the reduction in growth to 6.6 % in FY2017 was partially due to demonetization.
iii. Also, issues related to Goods and Services Tax (GST) disturbed operations of small and medium-sized enterprises (SMEs) and exporters.
iv. ADO stated that, in the upcoming months, growth will improve with the support of various measures like improving farmers’ purchasing power, higher procurement prices, agriculture market reforms, and investments in irrigation and logistics.
v. It said that investment revival would continue, but at a modest rate. Also, ADB projected inflation to increase up to 4.6 % in FY2018 and 5 % percent in FY2019 supported by further strengthening of global commodity prices and domestic demand.
vi. It said that improved growth in advanced economies will help exports to improve in a healthy rate.
vii. Also, imports are expected to increase due to higher commodity prices and increase in domestic demand.
viii. The current account deficit would widen to 2.2 percent of GDP in FY2018 and 2.4 percent of GDP in FY2019. It also said that, current account deficit is expected to be financed by capital flows.
About Asian Development Bank (ADB):
♦ President – Takehiko Nakao
♦ Headquarters – Metro Manila, Philippines 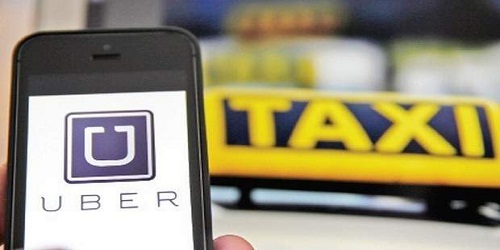 Salient Features of Uber’s new Driver App:
i. The new app is more simple as compared to previous version, provides a personalised experience, and has been designed to support Uber drivers on every moment of their journey.
ii. Inputs collected by interacting with drivers via groups sessions, ride alongs and in person meetings have been incorporated in the new Driver app.
iii. Real-time Earnings Tracker, which lets drivers know-at a glance-how much they earned on their last trip, new Status bar providing real-time updates on market conditions around them and opportunities for more trips nearby and quick access to notifications and messages about upcoming earning opportunities are some of the key features of the new app.
Quick Facts about Uber:
♦ Founded in – 2009
♦ Headquarters – California, US
♦ Current CEO – Dara Khosrwoshahi

Mahindra group ties up with Japanese firm for amphibious aircraft ShinMaywa US-2
On 11th April 2018, Mahindra Defence Systems signed an agreement with ShinMaywa Industries, Japan, to manufacture and assemble amphibious aircraft ShinMaywa US-2 in India.
ShinMaywa US-2:
i. Mahindra Group (aerospace and defence) President S P Shukla exchanged documents with director of ShinMaywa Industries, Yasuo Kawanishi at the DefExpo at Thiruvadanthai near Chennai.
ii. Mahindra Defence Systems will absorb the technology for ShinMaywa US-2 in India.
iii. As per the MoU, both the companies will develop a strategic partnership. ShinMayway US-2 is a unique aircraft.
iv. It is the only ‘in-service’ open sea-capable amphibian aircraft with advanced equipment suitable for rough sea operations.
v. It has been deployed by Japanese Maritime Self-defence forces. 10th edition of DefExpo is organised by the Ministry of Defence. It was inaugurated by Prime Minister Narendra Modi in Chennai.
Some national parks in Tamil Nadu:
♦ Guindy National Park
♦ Gulf of Mannar Marine National Park
♦ Mudumalai National Park 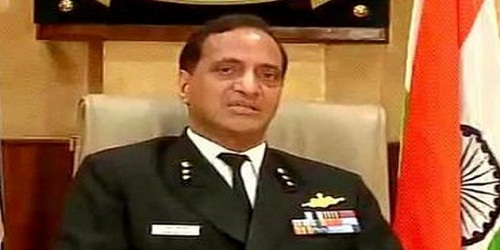 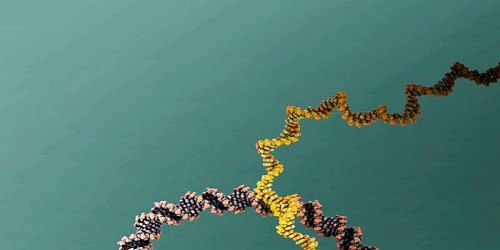 Tiny DNA unicycle successfully completes test drive:
i. Researchers from the University of Bonn in Germany and the University of Michigan in the US used structures made of DNA nano rings to make the vehicle. The two rings are linked like a chain.
ii. The tiny vehicle is only 30 nanometers in size. Fuel is given by the protein “T7 RNA polymerase”, as per study published in the journal Nature Nanotechnology.
iii. This enzyme is coupled to the ring that serves as an engine. It synthesizes an RNA strand based on the DNA sequence. It uses the chemical energy released during this process for the rotational movement of the DNA ring.
iv. This ever-expanding RNA thread, which comes from the engine as a waste product, is used to keep the tiny vehicle on its path by using markings on a DNA-nanotube track.
v. The unicycle machine attached to this thread, covered about 240 nanometers on its test drive. The construction of the nanomachine is based on the principle of self-organisation.
Some important musuems in India:
♦ Baroda Museum & Picture Gallery – Vadodara
♦ Calico Museum of Textiles – Ahmedabad