We are here for you to provide the important Current Affairs November 6 2018, which have unique updates of all daily events from all newspapers such as The Hindu, The Economic Times, PIB, Times of India, PTI, Indian Express, Business Standard and all Government official websites. ii. The Short term Price Stabilisation measures would be implemented by the Nodal agency NAFED and MoFPI will provide 50% of the subsidy for transport and storage of TOP (Tomato, Onion, Potato).
iii. The Long Term Integrated value chain development projects would include:

iv. According to this, grants-in-aid at the rate of 50% of the eligible project would be given to maximum Rs. 50 crores per project. And the aid would be increased to 70% for Farmer Producer Organizations (FPO).
v. For the completion of the application, applicants would need to submit their application on the SAMPADA portal of the ministry (https://sampada.gov.in/)
vi. The Ministry also has produced a list of clusters where the TOP would be produces. For more information: Click Here
Background:
In the budget speech of 2018-19, a new Scheme “Operation Greens” was announced on the line of “Operation Flood”, with an outlay of Rs.500 crore to promote Farmer Producers Organizations, agri-logistics, processing facilities and professional management.
Ministry of Food Processing Industries (MoFPI):
♦ Union Minister: Smt. Harsimrat Kaur Badal.
♦ Minister of State: Sadhvi Niranjan Jyoti.

ii. The MOU consists of: 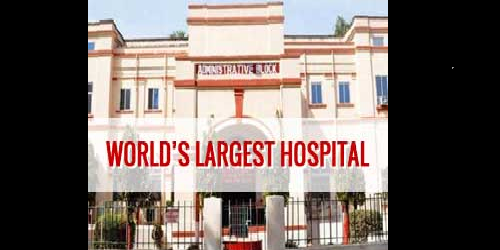 i. The estimated cost for the project is: Rs. 5540.07 crore.
ii. Established in 1925, the hospital would be redeveloped by Bihar Medical Services & Infrastructure Corporation Ltd (BMSICL) and would be redeveloped in three phases in seven years.
iii. It would be world’s largest hospital having 5462 bed, as against the present 1754 bed, with 36 super speciality departments against the present eight super speciality department.
iv. Also, the number of MBBS seats would be increased to 250 against the existing 150.
v. Additionally, it would be a “green building” which will have its connectivity with “Loknayak Ganga Path”.
vi. Presently, the world’s largest hospital currently is in Belgrade with 3500 bed.
Other Approvals:
i. It approved home department’s proposal to increase daily/training allowance for home guard jawans to Rs 774 per working day from existing Rs 400 per working day.
ii. It also sanctioned Rs 3031.03 crore for carrying out maintenance of 5331.65 km of roads in south Bihar and Rs 3623.27 crore sanctioned for maintenance of 7731.61 km roads in north Bihar under “Long Term Output and Performance Based Road Asset Maintenance Contract”.
iii. It also also sanctioned Rs 1450 crore from Bihar Contingency Fund (BCF) for providing assistance to the drought hit 275 blocks of 23 districts in the state.
iv. Furthermore, it also sanctioned Rs 392 crore for disbursement of loans in 2018-19 under Student Credit Card scheme to be given by Bihar State Educational Finance Corporation Ltd.
Bihar:
♦ Chief Minister: Nitish Kumar.
♦ Governor: Lalji Tandon.
♦ National Parks: Valmiki Tiger Reserve, Pant (Rajgir)  Wild Life Sanctuary, Udaipur  Wild Life Sanctuary, Vikramshila Gangetic Dolphin  Wild Life Sanctuary, Kaimur  Wild Life Sanctuary.
♦ Festivals: Chatth Puja, Sama-Chakeva, Ramnavami, Makar-Sankranti, Bihula, Madhushravani, Basant Panchami, Shivratri, Raksha Bandhan, Holi, Durga Puja, Deepawali, Id. 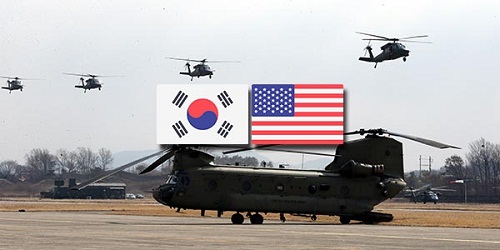 i. KMEP was suspended in May 2018 for 6 months in the middle of peace efforts with North Korea by South Korea and United States.
ii. US and South Korea were supposed to conduct 19 rounds of training as part of the exercise in fiscal 2018 (from October 2017 to September 2018). So far only 11 rounds have been performed.
iii.500 troops from the South Korean Marine Corps and the US III Marine Expeditionary Force are participating.
About South Korea:
♦ Capital – Seoul
♦ Currency – South Korean won
♦ Official languages – Korean, Korean Sign Language
♦ President – Moon Jae-in
♦ Prime Minister – Lee Nak-yeon 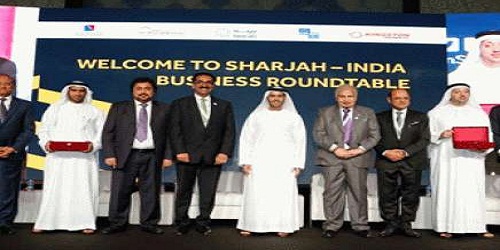 i. It was organized by Sharjah FDI Office, Invest in Sharjah.
ii. It was held on the sidelines of the Indian-UAE Partnership Summit that was held in October 30-31, 2018 in Dubai.
iii. The conference focused on addressing the investment opportunities spanning across emerging sectors such as technology, artificial intelligence (AI) and renewable energy, in a bid to expand the number of businesses in Sharjah.
iv. Sudesh K. Aggarwal, chairman of the Indian Business and Professional Council in Sharjah senior representatives from the Business Leaders Forum, and more than 100 Indian investors participated in the roundtable.
Background:
Sharjah is one the key drivers for Indian outbound investment into the Gulf region, valued at more than USD 137 billion and a primary non-oil trade partner.
United Arab Emirates (UAE):
♦ Capital: Abu Dhabi.
♦ Currency: UAE dirham.

i. The letter of credit (LC) was issued by ING Bank on behalf of the importer Tricon Energy (USA) with HSBC India acting as the advisory bank for RIL.
ii. The end-to-end transaction was executed on R3’s Corda blockchain platform which is a single shared application which brings all the parties in one single platform.
iii. It is an industry first Blockchain platform that is integrated with Bolero’s electronic Bill of Lading (eBL) platform to issue and manage an electronic Bill of Lading.
iv. This would reduce the timelines involved in exchange of export documentation from the extant 7 to 10 days to less than a day.
v. It also enhances transparency, security and synergy across all the parties and stakeholders involved.
vi. This would act as an alternative to conventional exchanges for paper-based documentation.
HSBC:
♦ Group Chairman: Mark E Tucker.
♦ Full Form: Hongkong and Shanghai Banking Corporation.
♦ CEO: John Flint.
♦ Headquarters: London, UK 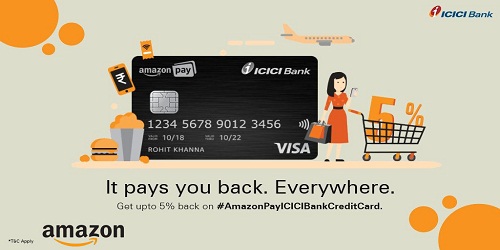 i. This co-branded card is available on Visa platform.
ii. This move is expected to help significantly expand the credit card customer base for the bank.
iii. This will make online shopping more affordable and provide the best value to Amazon Pay customers.
iv. The features of the card are:

No anti-dumping duty on PTFE resin from India, China: USITC
On November 5, 2018, the US International Trade Commission (USITC) ruled against anti-dumping duty on the imports of a synthetic fluoropolymer, a key ingredient in non-stick coating for pans and other cookware, from India and China.
i. PTFE has a variety of end-use applications including gaskets, seals, linings, packing materials, tubing, pipe liners, and pipe coatings due to its chemical inertness, heat resistance, electrical insulation properties and functionality over a wide temperature range (-40C to 260C).
Background:
PTFE imports from India would have been subject to an anti-dumping duty of 22.78 per cent if not for this ruling.
US International Trade Commission (USITC):
♦ Headquarters: Washington D.C. 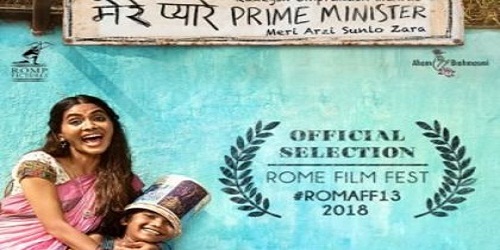 Key Points:
i. On 23 October 2018, the Official Selection of the Rome Film Fest presented 3 productions from 3 different continents.
ii. From Asia, filmmaker Rakeysh Omprakash Mehra’s upcoming film “Mere Pyaare Prime Minister” was screened.
iii. The film is produced by Bharathi Mehra. The film speaks about the social issue of open defecation.
iv. The film focuses on four children living in a slum in Mumbai. One of the kids wants to build a toilet for his single mother and makes an appeal to the Prime Minister.

Namrata Ahuja bags IPI-India Award for excellence in journalism 2018
Namrata Biji Ahuja of The Week magazine has been awarded the IPI (International Press Institute) India Award for excellence in journalism 2018.
Key Points:
i. Namrata Biji Ahuja is a senior special correspondent with The Week magazine. She has received this award for her exclusive story on Nagaland underground camps.
ii. The award consisted of a cash prize of Rs 2 lakh, a trophy and a citation. The jury was headed by former Attorney-General of India Soli Sorabjee.
iii. IPI India had instituted the award in 2003. It is awarded annually to honour the best work done by an Indian media organisation or journalist working in print, radio, television and internet mediums.
iv. Work done in public interest, safeguarding of freedom of the press and other freedoms like human rights are recognized.
About IPI (International Press Institute):
♦ Chairperson – Markus Spillmann
♦ Based in – Vienna, Austria
♦ Objective – promotion of free exchange of accurate and balanced news among countries 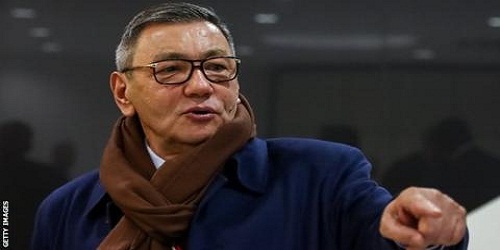 i. He replaced previous president CK Wu.
ii. He won 86 out of 134 second-round votes against his only opponent, former boxer Serik Konakbayev.
iii. He was a former boxer and coach and has been involved in AIBA since 1995.
iv. In January 2018, he became AIBA Interim President.
v. Rahimov was awarded with the Honorary Order of the Olympic Council of Asia in 2003, after being a member of its Council since 1999.
vi. In 2008, he also won the ANOC Merit Award for his involvement in the Olympic Family.
International Boxing Association (AIBA):
♦ Headquarters: Lausanne, Switzerland. 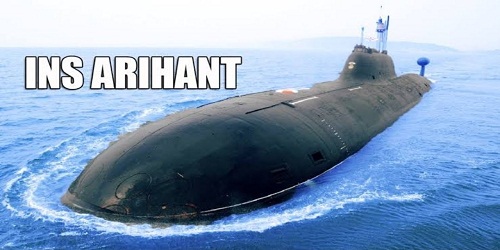 i. INS Arihant, is a 6,000-tonne ship that comes under the direct control of the Nuclear Command Authority headed by PM Modi.
ii. It has been under development for three decades.
iii. It will now act as a fully functional underwater ballistic missile delivery platform.
iv. It now has a maritime strike capability to land- and air-based delivery platforms thus completing India’s nuclear triad.
v. All the big five nuclear nations — the US, Russia, France, China and the UK — are already full-fledged nuclear triad powers.
vi. Thus the success of INS Arihant places India in the league of the few countries that can design, construct and operate Strategic Strike Nuclear Submarines (SSBN).
Indian Navy:
♦ Chief of Naval Staff: Admiral Sunil Lanba.
♦ Vice-Chief of Naval Staff: Vice Admiral Ajit Kumar.
♦ Headquarters: New Delhi. i. Paris Masters is an annual tennis tournament for male tennis players held in Paris, France. It is a part of the ATP (Association of Tennis Professionals) World Tour Masters 1000 on the ATP Tour.
ii. 2018 Paris Masters is the 47th edition of the tournament.
Winners: 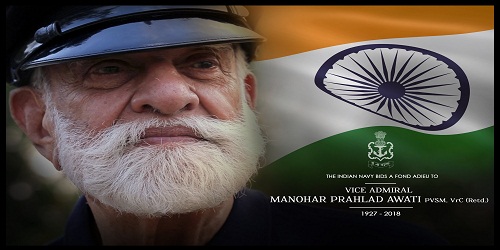 Key Points:
i. Manohar Pralhad Awati was 91 years old. He had joined the Royal Indian Navy in 1945.
ii. He was an expert in signal communication. He had commanded Indian naval ships: “Ranjit”, “Vendurthy”, “Betwa”, “Tir”, “Mysore”, etc.
iii. He was awarded the Vir Chakra for his service as the commanding officer of “INS Kamorta” during the 1971 India-Pakistan war. 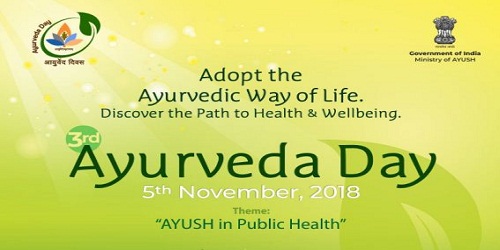 i. The theme of 2018 Ayurveda Day was:  “Ayurveda for Public health”.
ii. It is annually celebrated on the eve of on Dhanawantari Jayanti (Dhanteras).
2-day “National Seminar on Entrepreneurship and Business Development in Ayurveda” inaugurated at Delhi
On November 4, 2018, the Ministry, on this occasion to celebrate Ayurveda Day, organized a “National Seminar on Entrepreneurship and Business Development in Ayurveda” at  Dr. Ambedkar International centre, Janapth, New Delhi.
i. It was organized in association with NITI Aayog on 4th & 5th November 2018.
ii. The objective of the event was to encourage entrepreneurs and Ayurveda stakeholders towards businesses opportunities in the sector.
iii. Nearly 800 participants from across the country are expected to participate in the main function of 3rd Ayurveda day.
iv. Ministry of AYUSH also conferred “National Dhanwantari Ayurveda Award” to eminent personalities in the Ayurveda world.
v. The award comprises of Citation, Trophy (Dhanwantari Statue) and Cash reward of Rupees five lakh.
vi. The 3 Awardees selected by the ministry for the award were:

vii. Also, the AYUSH-Health Management Information System (A-HMIS), a dedicated software application for Electronic Health Record (EHR) for the AYUSH systems of Healthcare, was launched on November 5, 2018 by the ministry.
viii. Under this, 15 AYUSH units in different parts of the country in the first phase was launched that would induct modern IT-solutions into the practice of Ayurveda, Yoga, Unani, Siddha and Homoeopathy (AYUSH) systems.
ix. The Ayurveda half marathon was launched that took place in 100 cities through the following: Key Points:
i. When: In 2015, the United Nations (UN) General Assembly declared November 5 as World Tsunami Awareness Day.
ii. This date was chosen in honour of the Japanese story of “Inamura-no-hi”, which means the “burning of the rice sheaves”. In 1854, during an earthquake, a farmer set fire to his entire harvest to warn villagers about Tsunami.
iii. Why: This day aims to create awareness about tsunami and share innovative approaches to risk reduction.
iv. World Tsunami Awareness Day 2018 aligns with the International Day for Disaster Reduction and the “Sendai Seven Campaign”. It will focus on Target “C” of the Sendai Framework for Disaster Risk Reduction which aims to reduce direct disaster economic loss in relation to Gross Domestic Product (GDP).