We are here for you to provide the important Current Affairs November 25 2018, which have unique updates of all daily events from all newspapers such as The Hindu, The Economic Times, PIB, Times of India, PTI, Indian Express, Business Standard and all Government official websites. This was announced on the inauguration of the 2nd Edition of India Gold and Jewellery Summit in New Delhi.
i. It will have representations from all stakeholders including artisans, traders, miners, and purifiers.
ii. The objective of the council is to constitute an integrated Gold policy to address all the issues faced by the sector.
iii. The commerce and the Finance Ministry will be working together in this regard.
iv. This will help make sure that gems and jewellery business does not suffer from financial issues and would also extend domestic support to  the exports.
Background:
India is the largest consumer of gold and also one of the main importers. Large trade deficit and depreciation in the rupee against the US dollar are putting pressure on the CAD.
Ministry of Commerce:
♦ Union Minister: Shri. Suresh Prabhu.
♦ Minister of State:  Shri. C R Chaudhary. 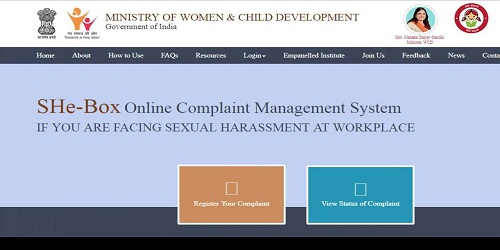 i. The cases would be directed to the concerned the central/ state authority having the jurisdiction to take the rightful action.
ii. The complaints would be monitored by the complainants and Ministry WCD ensuring prompt disposal of cases.
iii. The Ministry also published a Handbook and Training Module on the SH Act to provide information about the provisions of the Act.
iv.As many as 223 institutes/organisations have been empanelled to conduct awareness exercises and training in local languages on the provisions of the Sexual Harassment of Women at Workplace (Prevention, Prohibition and Redressal) Act, 2013. Carpet city Bhadohi gets ‘export excellence’ tag; to benefit artisans, boost shipments
On 21st November 2018, Bhadohi district of Uttar Pradesh, which is known for its hand-woven carpets around the world, was granted the export ‘excellence tag’ for the product category ‘Carpets and other floor Coverings’ by the the Directorate General of Foreign Trade (DGFT) under the commerce ministry.
Key points:
i. The carpet makers of the city will now get financial assistance from the central government to procure modern machines, improve export infrastructure, and organize fairs and exhibitions in different parts of the world to attract global buyers under the ‘Towns of Export Excellence’ tag.
ii. The towns which produces goods worth Rs 750 crore or more gets this tag based on potential for growth in exports, whereas the towns producing items in hand-loom, handicraft, agriculture and fisheries sector, can obtain this tag if their produce limit crosses Rs 150 crore.
iii. Bhadohi,which is near the river Ganges will be the 37th town in the country to get this status.
iv.Currently, the share of India’s hand-woven carpets in the world is 30 per cent and the target is to increase the share to 50 per cent by 2022.
About Uttar Pradesh:
♦ CM: Yogi Adityanath
♦ Governor: Ram Naik

Monaco to host 2019 Laureus Awards on February 18 2019
The ‘Oscars of sports’, the Laureus World Sports Awards 2019 will be held in Monaco on February 18 next year. Sport’s premier global awards ceremony will celebrate the best of 2018 across eight individual and team categories, with the winners collecting a prized Laureus Statuette. 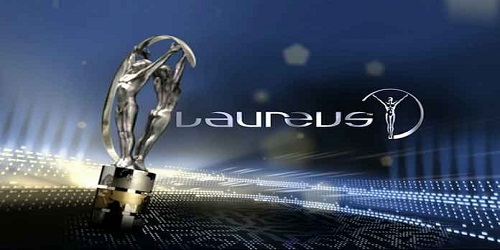 i. Sports fans around the world will also get to play their part by voting for the Laureus Sporting Moment of the Year Award. Former India cricket captains Kapil Dev, Rahul Dravid and Sachin Tendulkar are members of the Laureus Academy.
ii.Last year, tennis Player Roger Federer won the Laureus Sportsman of the Year award for a record fifth time, while Serena Williams won the Sportswoman of the Year recognition for the fourth time.

India GDP to slow down marginally, but remain strong at 7.5% in 2019 & 2020: OECD
On 21st November 2018 the Organization for Economic Cooperation & Development (OECD) released its Economic Outlook 2018 report and said growth in India will hold up relatively well, and predicted GDP at market prices to decline marginally to 7.3% in 2019 and 7.4% in 2020 from 7.5% in 2018.
Key points:
i. The tendency to retard in growth will arise from tighter financial conditions, higher oil prices, adverse terms of trade, lower growth in partner countries, and rising political uncertainties in India and abroad.
ii. OECD noted that India’s exports, particularly in the textile sector would be benefited with the hike in US tariffs on Chinese imports.
iii. OECD projected that the global GDP growth rate will slow down from 3.7% in 2018 to 3.5% in 2019-2020.
iv. The Reserve Bank of India expects India’s GDP growth at 7.4% in FY19.
About Organization of Economic Cooperation & Development (OECD)
♦ Headquarter: Paris, France
♦ secretary-General: Jose Angel Gurría
♦ Number of Member countries of OECD: 36 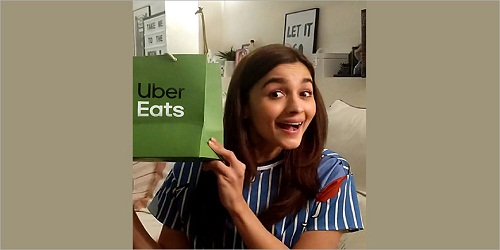 i. India will be the first country where the global company appointed an ambassador.
ii. In India, Uber Eats was first launched in Mumbai in May 2017 and is currently present in 37 cities across the country.

Two fast patrol vessels ICGS Amrit Kaur and ICGS Kamla Devi launched for Indian Coast Guard
On 22nd November 2018, Garden Reach Shipbuilders and Engineers Ltd (GRSE) launched two fast patrol vessels (FPV) ICGS Amrit Kaur and ICGS Kamla Devi, (named after freedom fighters) in the river Hooghly in Kolkata. The ships were launched by Veena Naravane, wife of Lt General Manoj Mukund Naravane, General Officer Commanding-in-Chief, of the Army’s Eastern Command.
Key points:
i. The Vessels launched are 50 metres in length, 7.5 metres wide with a displacement of around 308 tons. These ships are designed for a maximum speed of 34 knots with an endurance of more than 1,500 nautical miles.
ii. Other salient features of the ships are key armament of a 40/60 gun and improved habitability features with fully air-conditioned modular accommodation for 35 personnel.
iii. The vessels, are the third and fourth in a series of five fast patrol vessels being built by GRSE for the Indian Coast Guard.
About Garden Reach Shipbuilders and Engineers Ltd (GRSE):
♦ Chairman cum Managing Director: Rear Admiral V K Saxena
♦ Head Office: Kolkata

IMD develops new technology to monitor impact of rain & deal with natural disasters
On 24th November 2018,A new technology to assess the rise of water level in rivers and reservoirs by rain,which can help state governments to minutely monitor the impact of rainfall,has been developed by Indian Meteorological Department (IMD).
Key points:
i. The technology is based on ‘Impact Based Forecasting Approach’ that can help authorities in taking real-time decisions in the pre-event scenario.
ii. The technology was developed in the aftermath of Kerala floods and landslides that killed approximately 500 people and destroyed properties and businesses over Rs 40,000 crore.
iii. Last month IMD also developed the technology to identify “warm ocean segments” which can help to better identify and forecast the impact of unpredictable “severe cyclonic storm” like Ockhi which travelled approximately 2400 km from the Bay of Bengal and reached as far as the Gujarat coast during December 2017.
About Kerala
♦ Kerala CM: Pinarayi Vijayan
♦ Kerala Governor: Palanisamy Sathasivam
♦ Kerala Capital: Thiruvananthapuram
Indian Meteorological Department (IMD)
♦ Headquarters: New Delhi
♦ Agency executive: Dr. K.J. Ramesh, Director General of Meteorology

ANYA: India’s first chatbot for patients, to provide information on their ailments, launched by Lupin
On November 24, 2018, Pharma company Lupin launched India’s First chatbot named ‘ANYA’ to provide medically verified information for health-related queries,at the 46th Annual Meeting of the Research Society for the Study of Diabetes, in Bengaluru.
i. ANYA is chatbot trained to help patients with health-related concerns as part of their disease-management.
ii. At its initial stage it would address queries related to diabetes and eventually the scope will increase.
iii. In its disease management journey ,it would partner with doctors to manage ailments and give ready access to medically verified information, for their queries at any given time.
Background:
♦ ANYA in Sanskrit means inexhaustible or limitless.

Scientists developed enzymes using radio frequency radiation
On November 23, 2018, as per a study published in ACS Biomaterials Science and Engineering Journal, for the first time, scientists have developed enzymes using radio frequency radiation in Washington, USA.
i. This was made by making a special complex consisting of enzymes and magnetic nanoparticles.
ii. After absorption of radio emission, it was converted to heat and enzymatic processes increased by more than four times.
iii. Thus, by using the radiofrequency field, one can control the activity of enzymes in the body and adjust cell metabolism

World T20 renamed as T20 World Cup
On 23rd November 2018, The International Cricket Council (ICC) announced that it has renamed the ICC World T20 as the ICC T20 World Cup. The changes will be applicable to both men’s and women’s cricket. Key points:
i. The next edition of the events in 2020 in Australia will be known as the ICC Women’s T20 World Cup 2020 and the ICC Men’s T20 World Cup 2020.
ii. ICC will launch ‘Global Cricket Strategy’ in early 2019 in which the shortest format will be used as the vehicle to globalize the game and the profile of T20 cricket will be enhanced to make its status at par with the pinnacle events of the other two formats.
iii. The ICC Board had recently approved that all T20s between its Members will be granted T20I status.
About International Cricket Council (ICC):
♦ ICC CEO: David Richardson
♦ Chairperson: Shashank Manohar
♦ Headquarters: Dubai, United Arab Emirates

Indian Cricketer Pravin Tambe: First Player in the history of T10 league to pick up a hat-trick
On 22nd November 2018, 47 years old Indian Cricketer Pravin Tambe became the first player to pick up a hat-trick in the history of cricket’s newest format T-10 League. Playing for Sindhis, He picked 5 wickets in his two-over spell by giving just 15 runs against Kerala Knights. His performance helped Sindhis beat Kerala Knights by nine wickets.
i. He had played for Rajasthan Royals in the Indian Premier League (IPL) under the captainship of veteran player Rahul Dravid.
ii. The tournament began on 21st November 2018 in United Arab Emirates (UAE).

Former Hockey Forward Sandeep Michael dies
On 23rd November 2018, 33 years old Former Indian Hockey player Sandeep Michael who captained Indian Junior hockey team to Asia cup gold in 2003 died due to an unspecified neurological problem. He was also a part of Indian development teams that won gold and bronze respectively in Akbar-el-Yom Cup competition in 2002 and 2003.
i. He made his debut as a junior in Under-18 Asia Cup at Ipoh, Malaysia under the leadership of Jugraj Singh.
ii. He was admitted to hospital on 18th November following a brain problem and slipped into coma. It was released alongside International Hockey Federation (FIH) and Indian Olympic Association (IOA) President Narinder Batra and Hockey India President Mohd. Mushtaq Ahmad.
i. It was launched in the run-up to the Hockey World Cup 2018 that would begin in Kalinga Stadium Bhubaneswar on November 28- December 16 2018.
ii. The book documents the journey of the game from the beginning since India’s participation in the 1928 Olympics and in-depth information including the World Cups, Asian Games and Commonwealth Games.
iii. It also has highlights of Women’s and Junior Hockey national team’s performances in various tournaments. 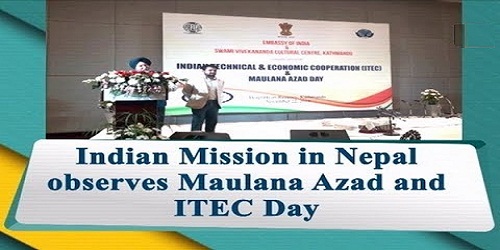 i. The Event was inaugurated by Minister for Education, Science and Technology of Nepal Giriraj Mani Pokharel.
ii. It would help in promoting human resources development in Nepal by training senior officers and officials from various Ministries and Departments of the Government of Nepal in India’s most premier institutions.
Background:
♦ Bharat Ratna Maulana Abdul Kalam Azad oversaw the establishment of the Indian Institutes of Technology and the foundation of the University Grants Commission as the first Education Minister of India.
♦ ITEC Programme is fully funded flagship programme for technical cooperation by the Government of India to share India’s developmental experience with 161 friendly developing countries, including Nepal.
♦ Launched: 1964.