A Lancet study evaluated that India had the highest mortality rate among children under five years of age in 2015
Researchers at the Johns Hopkins Bloomberg School of Public Health, US (United States) evaluated India’s state-level information on the causes of casualty among children under 5 years of age for the years 2000-2015, to find that India had progressed from reducing the annual mortality among children under 5 years from 2.5 million in 2000 to 1.2 million in 2015 which, still was the highest in the world.
Key Points:
i. The study used data from different countries to evaluate the causes of death among children under 5 years of age between 2000 and 2015.
ii. The research studies were published in The Lancet Global Health.
iii. The research team used sources of data from Indian government health surveys, and evaluated the total mortality, mortality rates and causes of mortality for children under 5 years of age, in 25 states in India.
iv. United Nations (UN) Millennium Development Goals (MDG) was set up in the year 2000 to decrease the under-five mortality rate in 2015 to 1/3rd of the mortality rate in 1990, which for India would have meant decreasing the under-5 mortality rate to 39 deaths per 1,000 live births.
v. But the analysis showed, that in 2015, India still much above the MDG target, at 47.8 deaths per 1,000 live births, with maximum (57.9%) deaths among occurring in the first 4 weeks of life, termed as the neonatal period.
vi. The study also found great differences on child mortality rates between richer and poorer states, the highest mortality rate being in Assam which was more than 7 times that in Goa.
vii. Uttar Pradesh recorded the highest number of preterm birth complications in 2015 with  84,362 children under 5 years of age, Bihar recorded 36,289 children, Madhya Pradesh recorded 35,503 and Rajasthan recorded casualty of 30,402 children.
viii. Moreover, the ratio of the highest regional mortality rate (Northeast region) as compared to the lowest (South region) increased from 1.4 in 2000 to 2.1 in 2015.
ix. Most of the under-5 deaths occurred due to preterm complications (27.5% of the mortality total), which a larger part of deaths also occurred due to preventable infectious diseases in high-mortality states.
x. In order to fast decrease child mortality rates, the research team has recommended the extensive use of: childhood vaccines, specifically against pneumonia, meningitis causing ‘Streptococcus’, ‘H (Haemophilus ) influenzae’ bacteria (according to the researchers, these 2 bacteria accounted for 69,000 and 16,000 deaths in children under five, respectively, in India in 2015) and increasing the standard care giving strategies for newborns.
x. According to a report released on September 18, 2018, by the United Nations Inter-Agency Group for Child Mortality Estimation, in 2017, India’s under-5 mortality rate became equal to the global average, which is 39 deaths per 1,000 live births.

CBIC introduced weightage system for appointments under compassionate appointment scheme
Recently, Central Board of Indirect Taxes and Customs (CBIC) has introduced a weightage system for appointments under compassionate grounds which will be based on nine criteria like family income, dependents, remaining service period of the deceased etc. The objective is to ensure objectivity, transparency and uniformity in the selection process for appointments on the compassionate ground.
Key Highlights
i. The government appoints the dependent member of a government employee under compassionate appointment scheme on the grounds of medical condition or that employee dying in harness.
ii. The guidelines for appointment are issued by the Department of Personnel and Training (DoPT) and CBIC introduced weightage points system for its cadres according to the guidelines of DoPT.
iii. Under this new system, the preference would be given to the widow of the deceased government servant.
Central Board of Indirect Taxes and Customs (CBIC)
Chairperson       :               Pranab Kumar Das
Elected officer responsible : Finance Minister of India
Headquarters    : New Delhi

Mint Globetrotter Index notifies that Dubai is costlier than Delhi
The Mint Globetrotter Index was prepared by Mint’s data partner Howindialives.com which is a database and search engine for public data that took into account 25 essential spends in total, ranging from multifarious categories, namely, accommodation, shopping, leisure, market and food and came up with an index which would help general public to travel well-informed.
Key points:
i. For an easy comparison between different cities, the indices were benchmarked to a value of 100 for Delhi and re-based accordingly.
ii. This means that, Zurich has an index value of 301 (this means that the 25 items cost 201% more of what they cost in Delhi) Kathmandu has an index of 82 (the same items here cost 18% less than what they cost in Delhi).
iii. The ‘others’ category in the Mint Globetrotter Index comprises of 7 cities across Africa, West Asia and the Indian Ocean, among which, Victoria, the capital of Seychelles, is the most expensive with an index value of 192 and a rank of 28.
iv. The cost profile of Lagos is very similar to that of India and ranks 5th on the index and is the cheapest in the category.
v. Dubai is much more costlier than Delhi and ranks 24 on the overall cost index.
vi. Cape Town, the oldest city in South Africa ranked 16 on the overall index and is 47% costlier than Delhi.
vii. Amsterdam is the most expensive city on the index, whereas Bali is the 9th cheapest. 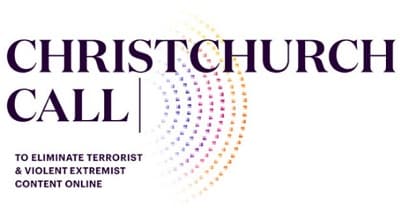 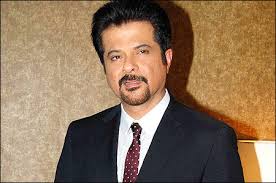 Key Points:
i. Mr. Kapoor will be the Chief Guest for the celebrations. He will be accompanied by the  EU Ambassador to India Tomasz Kozlowski, EU Member states Consuls and senior representatives from the European and Indian corporate world.
ii. The event will also demonstrate the emergence of Europe as the most favored destination for Indian filmmakers.
iii. Every year on May 9, Europe Day is celebrated to commemorate the formation of the European Union.
About European Union:
♦ Capital: Brussels (De Facto Capital)
♦ Currency: Euro 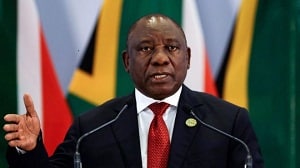 i. This was the first time that African National Congress has got less than 60 percent votes in national polls.
About South Africa
♦ Capital: Cape Town, Pretoria, Bloemfontein
♦ Currency: South African rand Key Points:
i. ‘BSE StAR MF’ is BSE’s mutual fund platform which helps distributors in purchasing and redeeming the mutual fund units on behalf of their clients.
ii.  The ‘BSE StAR MF’ app that is downloaded from Google Play Store supports dynamic (real-time) client registration, digital transactions, creates and uploads mandate for SIPs (Systematic Investment Plans), generates multiple orders, tracks and permits the distributor in evaluating his business instantly.
iii.The app is expected to drastically increase the number of its distributors.
iv. After downloading the app, the sign up can be done by providing the member identification number.

Doordarshan launched online Souvenir Store on Amazon India
Public service broadcaster, Doordarshan has partnered with online retail giant Amazon India to launch a Souvenir Store. The store will offer a whole range of merchandise which includes T-shirts, coffee mugs and sippers with the tagline “I am in your DNA, I am your Doordarshan”. The purpose of this initiative is to establish a stronger relationship with viewers of Doordarshan channel. 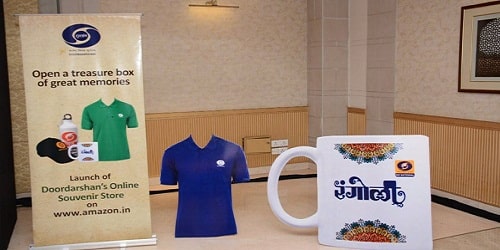 New vine snake species discovered in Odisha after a gap of 113 years
A new vine snake species has discovered from the eastern state of Odisha after a gap of 113 years.  It has been found in the regions of Similipal, Balasore, and Boudh. Zoologists from different institutes have participated in the discovery and the research was published in the Journal of Natural History.  Zoologists have named snake species as Ahaetulla Laudankia of Laudankia.
i. This snake belongs to the family Colubridae. It has a total of three prominent genera, Oxybelis found in the American continent, Thelotornis found in African continent and Ahaetull found in India and South-east Asia.

Scientists of Germany found a new bird like Dinosaur “Alcmonavis Poeschli”
Researchers in Germany have unearthed a new bird-like Dinosaur in Bavaria, Germany and named it as “Alcmonavis Poeschli”. The lead author of the study is Oliver Rauhut from Ludwig-Maximilians University’s (LMU) Department of Earth and Environmental Sciences.
i. This new study is published in the journal called eLife Sciences which described Alcmonavis Poeschli as “the most bird-like bird discovered from the Jurassic”.
ii. For the first time, it was discovered in 1861 as Archaeopteryx which was a small feathered dinosaur around the size of a crow. It lived in marshland around 150 million years ago and was the named as the oldest flying bird.
iii. The scrutiny of the rock formations in the German region of Bavaria was conducted by the Paleontologists from Ludwig-Maximilians University (LMU) in Munich and the University of Fribourg. 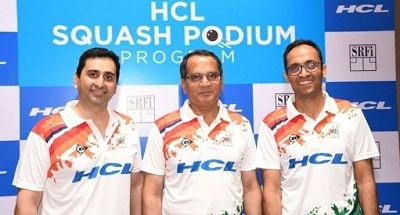 China set to host the Asian Cup 2023 after withdrawal from South Korea
Recently, the Korea Football Association (KFA) had withdrawn their bid to host Asian Cup 2023 which leave the sole other bidders China with a free run to become hosts. KFA announced that they had pulled out to strategically focus on a joint bid with North Korea to host Women’s World Cup in 2023. 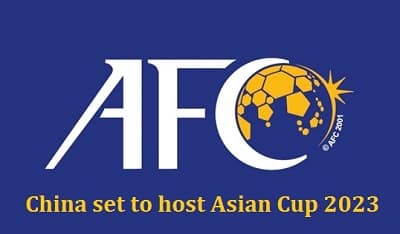 Key Highlights
i. The Asian Football Confederation (AFC) will confirm on June 4 about China’s bid to hold Asian Cup 2023 in China.
ii. Last time China hosted Asian Cup in 2004 when China lost to Japan by 3-1 in the final held in Beijing.
iii. This year the Asian Cup was held in UAE in which Qatar defeated Japan by 3-1 in the final.
About Asian Football Confederation (AFC)
♦ Headquarter: Kuala Lumpur, Malaysia
♦ President: Salman Bin Ibrahim Al-Khalifa

Former South Asian Games swimming champion MB Balakrishnan passed away in a road accident in Chennai, Tamil Nadu
On May 14, 2019, South Asian Games Gold medalist, 50m backstroke swimmer MB Balakrishnan passed away in a  road accident in Chennai. He was 29. He was killed while he was riding his bike when a lorry hit him and ran over him. He hailed from Tamil Nadu.
i. He is an alumnus of the Guindy Engineering College and pursued MS in the US.
ii. He was a gold medalist in the National Games in Guwahati, 2007. He held a national record in 50m backstroke at the Senior National Championships, 2010 in New Delhi and won the 100m and 200m backstroke events at the South Asian Games.
About Tamil Nadu:
♦ Capital: Chennai
♦ Chief Minister: Edappadi K. Palaniswami
♦ Governor: Banwarilal Purohit
♦ National Parks: Guindy National Park, Gulf of Mannar Marine National Park, Indira Gandhi (Annamalai) National Park, Mudumalai National Park, Mukurthi National Park
♦ Wildlife Sanctuaries: Cauvery North WLS, Chitrangudi Bird WLS, Indira Gandhi (Annamalai) WLS, Kanyakumari WLS, Pulicat Lake WLS, Sakkarakottai WLS etc. 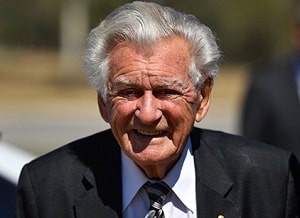 i. He was born in Bordertown, South Australia on December 9, 1929.
ii. He won the federal elections 4 times and was the longest-serving prime minister after Robert Menzies and John Howard.
About Australia:
♦ Capital: Canberra
♦ Currency: Australian Dollar
♦ Prime Minister: Scott Morrison

The second International Day of Light is celebrated globally on 16th May 2019
Globally, May 16 is celebrated as International Day of Light. This the 2nd edition of the International Day of Light.
Key Points:
i. UNESCO (The United Nations Educational, Scientific and Cultural Organization) officially observes the International Day of Light so as to continuously appreciate light and for the exemplary role it plays in science, culture and art, education, sustainable development, medicine, communications, and energy.
ii. The Director-General of UNESCO is Audrey Azoulay.
iii. On 16th May 2019, globally, more than 300 events took place in 60 countries.
iv. A special focus of celebrations on this day is the ‘Illuminating Education conference’ that was held at the UNESCO Category 1 Institute ICTP in Trieste where presentations have covered a wide range of topics, namely, science education, challenges on diversity and gender equality, and practical career advice. The overall program was titled “Illuminating Education”.
v. On this day, SPIE (formerly the Society of Photographic Instrumentation Engineers, later the Society of Photo-Optical Instrumentation Engineers) also launched its annual IDL Photo Competition. The communities worldwide will be sharing the benefits of light and celebrate light with the support of an SPIE IDL Micro Grant. 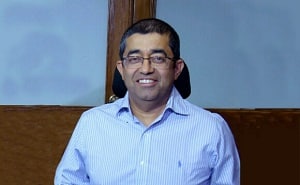