We are here for you to provide the important Current Affairs February 14 2019, which have unique updates of all daily events from all newspapers such as The Hindu, The Economic Times, PIB, Times of India, PTI, Indian Express, Business Standard and all Government official websites. 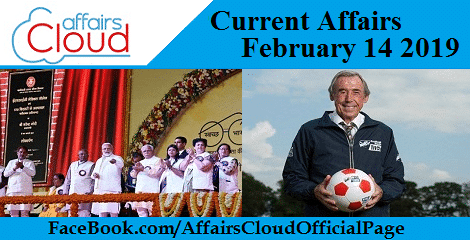 Overview of PM Narendra Modi’s visit to Andhra Pradesh
On 10th Feb. 19, Prime Minister Narendra Modi, on his day-long visit to the three states (Andhra Pradesh, Tamil Nadu and Karnataka) arrived at Guntur, Andhra Pradesh, which was the first destination. PM launched three major projects during this visit.
Highlights
i. 1.3 MMT Vishakhapatnam Strategic Petroleum Reserve (SPR) facility of Indian Strategic Petroleum Reserve Limited (ISPRL) was dedicated to the nation for the purpose of boosting energy security of India.Total cost of the Project is Rs. 1125 crore.
ii. Foundation stone was laid for setting up Bharat Petroleum Corporation Ltd. (BPCL) Coastal Installation Project at Krishnapatnam to ensure security of the petroleum products of Andhra Pradesh. The estimated cost of the project, spread over 100 acres, is Rs 580 crores.
iii. ONGC’s S1 Vasishta development project, located in Krishna-Godavari (KG) Offshore Basin in Andhra Pradesh was also announced by the PM. The project will contribute in reducing oil imports by 10% by 2020. The cost of this project is about Rs 5,700 crore.
iv.This is the first time the Prime Minister was in Andhra Pradesh after the Telugu Desam Party (TDP) broke ties with the NDA government last year.
About Andhra Pradesh
♦ Chief Minister – N. Chandrababu Naidu
♦ Governor – E. S. L. Narasimhan
♦ Capital – Amravati Key Points
i.It was organized by the two environment ministries in cooperation with the Asia-Pacific Committee of German Business and the Federation of Indian Chamber of Commerce and Industry.
ii.Two Joint Declaration of Intent (JDI) were also exchanged on clean air and combatting air pollution and on preparation of Reference /COINDS Documents for textile sector.
iii. Both the countries agreed to work together on developing reference document for Textile Sector, air, water governance, Marine litter, waste to energy, bio-methanation, landfill sites, water quality management, training and capacity building of local bodies and circular economy.
About Ministry of Environment, Forest and Climate Change
♦ Union Minister: Harsh Vardhan
♦ Minister of state: Mahesh Sharma 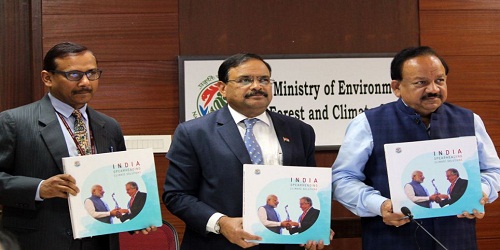 Bihar Budget 2019-20 presented by Sushil Kumar Modi
Sushil Kumar Modi, Deputy Chief Minister of Bihar, presented the state budget of Rs 2,00,501 crore for the Financial Year 2019-20.Bihar has finished with highest growth rate among all the states by size of this budget at Rs 2 lakh crore is nine times more than the budget of 2004-05.
i. The maximum allocation of Rs 34,799 crore is made to the Education Sector.
ii.Rs 2,958.77 crore allocated for Rural Development and Rural Works Department .
iii. Under the Pradhan Mantri Kisan Samman Nidhi Yojna, over 1 lakh farmers have been registered in the state.
iv. Rs. 901 crore transferred to the bank accounts of farmers as subsidy in more than 280 draught affected blocks in 24 districts.
About Bihar
♦ Capital – Patna
♦ Chief Minister – Nitish Kumar
♦ Governor – Lalji Tandon

Nation’s first Aqua Mega Food Park commissioned in AP by Harsimrat Kaur
Godavari Mega Aqua Food Park, first aqua mega food park was commissioned by Secretary of Ministry of Food Processing Industries (MoFPI), Pushpa Subrahmanyam on behalf of Food Processing Industries Minister Harsimrat Kaur Badal via video conferencing in Bhimavaram of West Godavari District ,Andhra Pradesh.
i. The park is set up on 57.81 acre of land and the facilities at its Central Processing Centre (CPC) includes pre-processing line, freezing and cold storage of fish and shrimp, an ice plant and food testing laboratory.
ii. The modern infrastructure is set to benefit farmers, growers, processors and consumers of Andhra Pradesh and adjoining areas and boost the growth of food processing sector in the state. People of West-Godavari district and nearby districts of East Godavari and Krishna of Andhra Pradesh and nearby districts of Telangana will also be benefitted.
iii.The park, promoted by Godavari Mega Food Park Private Limited (GMAFP) has been set up at a cost of Rs. 122.60 crores. 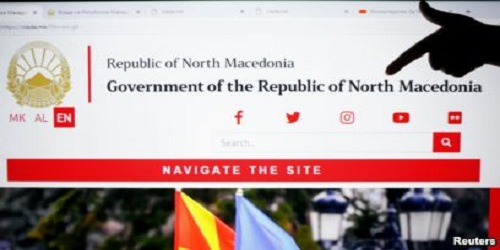 i. Greek province of Macedonia is related with Alexander the Great and Greece has issue with the name, so Greece had disapproved the name of the country,as the’ Greek province of Macedonia’, which results in blocking of  Macedonia’s entry into the European Union (EU) and North Atlantic Treaty Organization (NATO).
ii. On 6th Feb. 2019, NATO member states signed an accession protocol allowing North Macedonia to join the alliance and become the 30th member.
About North Macedonia
♦ Capital – Skopje
♦ Currency – Macedonian Denar
♦ President – Gjorge Ivanov
About Greece
♦ Capital – Athens
♦ Currency – Euro
♦ President – Prokopis Pavlopoulos

NTPC signed a pact with SBI for Rs. 5,000 Crore Term Loan
State owned National Thermal Power Corporation (NTPC) signed a term loan agreement for Rs 5,000 crore with the State Bank of India (SBI).
i. The agreement was signed by NTPC’s General Manager (Finance), Masood A. Ansari, and Deputy General Manager of SBI, Neelabh Sinha.
ii. The loan facility is extended at an interest rate linked to3-month MCLR of the bank and has a door to door tenure on 15 years, which will be utilised to part finance the capital expenditure of NTPC.
About NTPC
♦ Chairman & MD – Gurdeep Singh
♦ Headquarters – New Delhi
About SBI
♦ Chairman – Rajnish Kumar
♦ Headquarters – Mumbai

NITI Aayog signs SoI with MSDF to document Systematic Transformation in Education
A Statement of Intent (SoI) was signed between the NITI Aayog and the Michael & Susan Dell Foundation (MSDF) to codify, document and share best practices to improve learning outcomes in public school education through systematic reforms, based on their collective experiences of working with various State Governments. Bharat Ratna and Padma Awards cannot be used as Titles
On 12th Feb. 19, replying to a written question in Lok Sabha, Minister of State for Home Shri Hansrah Gangaram Ahir said that National Awards, such as Bharat Ratna, Padma Vibhushan, Padma Bhushan and Padma Shri do not amount to titles within the meaning of Article 18(1) of the Constitution and hence, cannot be used as prefixes or suffixes to the name of the recipient.
i. In case of any misuse, the defaulter shall forfeit the award conferred on him/her as per the Regulation 10 related to creation of awards, which says that the president may cancel or annul the awards, after which the name of the awardee would be erased from the records and he would have to surrender it.
ii. India’s highest civilian award,Bharat Ratna, has been awarded to 38 personalities since 1995. 307 people have been awarded Padma Bhushan whereas, 1,225 Padma Bhushan and 3,005 Padma Shri.
Key Points
Article 18 of the Indian Constitution, one of the Fundamental Rights, deals with ‘Abolition of Titles’. Article 18(1) says “No title, not being a military or academic distinction, shall be conferred by the State.” 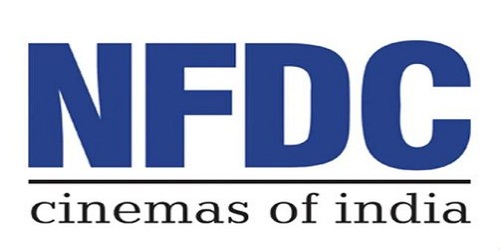 i. NFDC has funded over 300 films in various Indian languages which have been widely acclaimed and have won many national and international awards.
About NFDC
♦ Incorporated in 1975, it is a 100% owned Central Public Sector Undertaking, with the primary objective of planning and promoting development of Indian Film Industry.
♦ Headquarters – Mumbai
♦ Director – Anupama Chopra 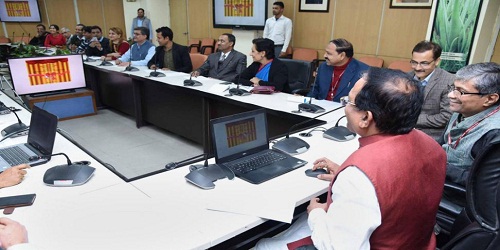 i. The new e-portal is an acronym for Ayurveda, Unani, Siddha and Homeopathy Automated Drug Help Initiative.
ii. The portal’s objective is increasing transparency and accountability and improving information management facility and data usability. It will aid the licensing authority, manufactures and consumers by providing real time information of the license manufactures and their products, cancelled and spurious drugs, contact details of the concerned authority for specific grievances.

Key points
i. Meghalaya will host the 2022 National Games, which is coinciding with its 50 years of statehood.It will be the third northeastern state after Manipur and Assam hosted the National Games in 1999 and 2007, respectively.
ii. Clouded Leopard is among the wild cats that live throughout the forests of Garo, Khasi and Jaintia Hills.Clouded Leopard is the state animal of Meghalaya.
iii. The main stadium of National games will be funded by the Ministry of Social Justice, which will be constructed over 50 acres in Mawdiangdiang.
About Meghalaya
♦ Capital- Shillong
♦ Chief Minister- Conrad Sangma
♦ Governor- Tathagata Roy
♦ Minister of Sports and Youth Affairs- Rajyavardhan Singh Rathore 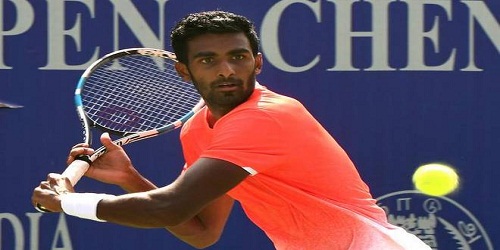 i. He reached to the semi-finals of the ATP Chennai Challenger and if he maintains the rank inside top-100, it will secure his place into the Grand Slam singles main draws.

Russia’s Medvedev clinched Sofia Open Title
22-year old, Daniil Medvedev of Russia has achieved his fourth ATP title after a triumph against Hungary’s Morton Fucsovics by 6-4, 6-3 in the Finale of Sofia Open 2019.
Key points
i. The 2019 Sofia Open was the 4th edition of the Sofia open as part of the 2019 ATP Tour, which was held at the Arena Armeec in Sofia, Bulgaria, from February 5-11.
ii. Daniil Medvedev has already set his sight among top ranks after winning titles in Sydney, Winston-salem, and Tokyo last year.
About Russia
♦ Capital- Moscow
♦ Currency- Russian Rubel
♦ Prime Minister- Dmitry Medvedev
♦ President- Vladimir Putin 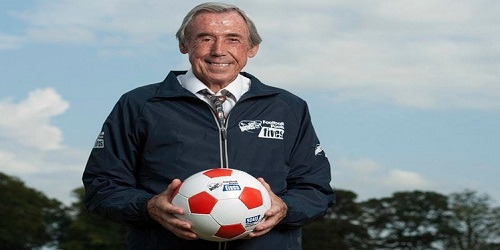 i. Gordon Banks was named as FIFA (The Federation Internationale de Football) Goalkeeper of the year six times and earned 73 caps for England between 1963 and 1972. He won World Cup in 1966.
ii. Banks was suffering from kidney cancer for the second time since 2016. He was widely considered as one of the greatest goalkeeper of his generation.

i. The book is a collection of essays on the country’s atmosphere of fear and how the constitutional values are being threatened.

UNESCO celebrated “World Radio Day” on 13th February
On 13th February 2019, the 8th edition of World Radio Day is celebrated globally by The United Nations Education, Scientific and Cultural Organization (UNESCO) to commemorate radio as a powerful and influential medium that has been in existence for over 80 years.

Key Points
i. This year World Radio is celebrated with the theme of “Dialogue, Tolerance and Peace”.
ii. World Radio day signifies the era where people throughout the world listen to radio and how it has shaped everyone’s life.
iii.Initiated in 2012, the day was proposed by Spain, that was officially announced on 3 November 2011 during UNESCO’s 36th General Conference.
About UNESCO
Headquarters: Place de Fontenoy, Paris, France
♦ Director General: Audrey Azoulay

International Darwin Day celebrated on 12th Feb
The birthday of the British scientist “Charles Darwin” was celebrated across the globe by various scientists, activists, and fans as ‘International Darwin Day’ on 12th February every year.He born in the year 1809.
Key points
i. This year on 12th February has marked the 210th birth anniversary of the Charles Darwin’s birth.
ii.He wrote the book “On the Origin of Species”, which is considered as the foundation of “evolutionary biology”. It was published in 1859 by British publisher, John Murray.
iii. Darwin Day, an international event,aims to educate and inspire people around the globe to reflect the importance of the scientific discovery, thinking, works, curiosity to find new things, etc. of Charles Darwin.