i.On February 19, 2021, Union Minister Nitin Jairam Gadkari, Ministry of Road Transport & Highways (MoRTH) in the presence of Minister of State (MoS) Raj Kumar Singh, Ministry of Power and New & Renewable Energy launched “Go Electric” campaign.
ii.The aim of the Campaign, Go Electric is to spread awareness at PAN-India level on the benefits of e-mobility and EV Charging Infrastructure as well as electric cooking in India.
iii.It is an important initiative that would help in reducing the import dependence of our country in the coming years and would be an important step towards a cleaner and greener future.
About Ministry of Road Transport & Highways (MoRTH):
Nitin Gadkari Constituency– Nagpur, Maharashtra
Minister of State (MoS)– Vijay Kumar Singh
<<Read Full News>> 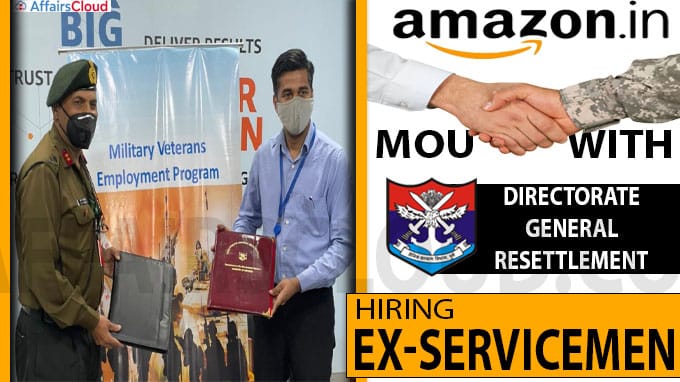 Areas of Research Collaboration
As part of the agreement, the two entities have agreed to collaborate in various areas of research. They are 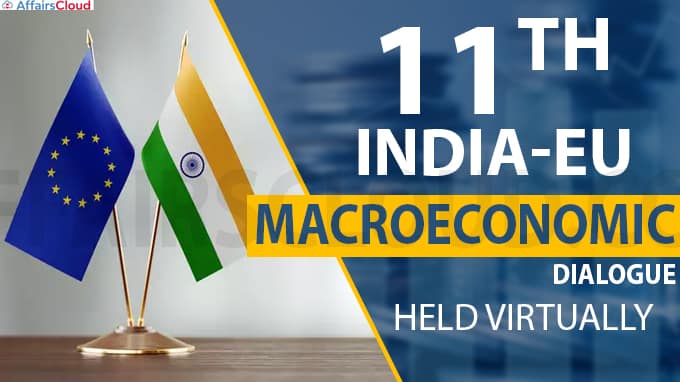 About European Union (EU):
Members – 27 countries (The United Kingdom withdrew from the EU on 31 January 2020).
The seven institutions of the European Union (EU) are seated in four different cities, which are Brussels, Frankfurt, Luxembourg City and Strasbourg, rather than being concentrated in a single capital city.
European Parliament president – David-Maria Sassoli 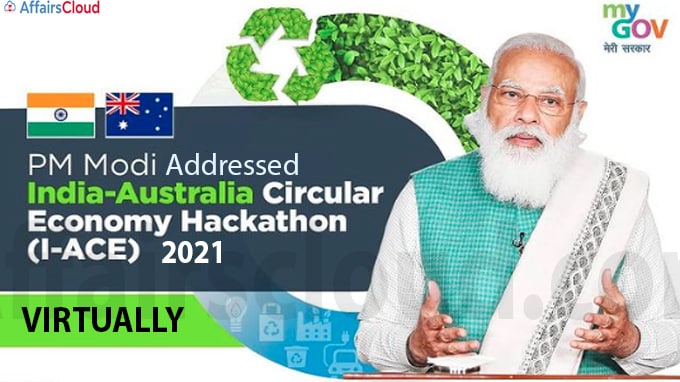 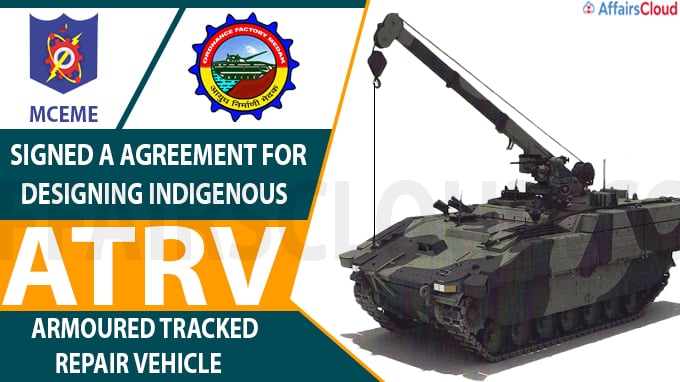 Components of the Agreement
As part of the agreement, MCEME & OFMK will work together on Ms Usha Thakur, Minister of Culture and Tourism of Madhya Pradesh inaugurated the 47th edition of Khajuraho Dance Festival on 20th February 2021.
The 47th Khajuraho Dance Festival at Khajuraho, a United Nations Educational, Scientific and Cultural Organization (UNESCO) Heritage site in Madhya Pradesh.
This 7-day dance festival is organised by the Ustad Alauddin Khan Music and Arts Academy under the Department of Culture, Government of Madhya Pradesh from 20th February to 26th February 2021.
Khajuraho Dance Festival:
i.The Khajuraho Dance Festival was introduced in 1975 to promote heritage and tourism.
ii.The Archaeological Survey of India (ASI) cancelled the permission to organise the event at the temple complex following the reports on destruction of monuments and defacement of idols.
iii.After 44 years, with the permission of ASI, the government of Maharashtra has organised the event in the temple premises of Khajuraho temple complex, which is known for its Hindu and Jain Temples.
iv.For the past 44 years the event was organised at the open garden developed near Western Group of Temples.
About the Khajuraho Group of Monuments:
i.The temples at Khajuraho were constructed during the Chandella dynasty, between 950 and 1050.
ii.Currently there are around 20 temples remains, which belong to two different religions Hinduism and Jainism.

i.On February 18, 2021 The Reserve Bank of India(RBI) on considering the present liquidity position of Deccan Urban Co-operative Bank Ltd., has imposed a withdrawal cap of Rs 1,000 on the customers of the bank. But, customers are allowed to set off loans against deposits subject to conditions.
ii.This is for the period of 6 months from the close of business on February 19, 2021.
iii.This is part of certain directions given by RBI to the bank
About  Deccan Urban Co-operative Bank Ltd.,
Headquarters– Vijayapura, Karnataka
<<Read Full News>> 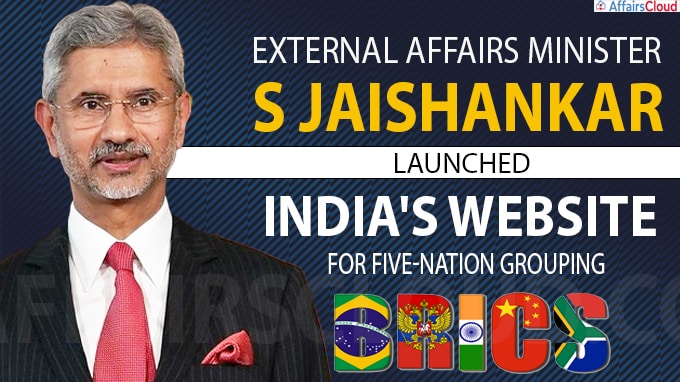 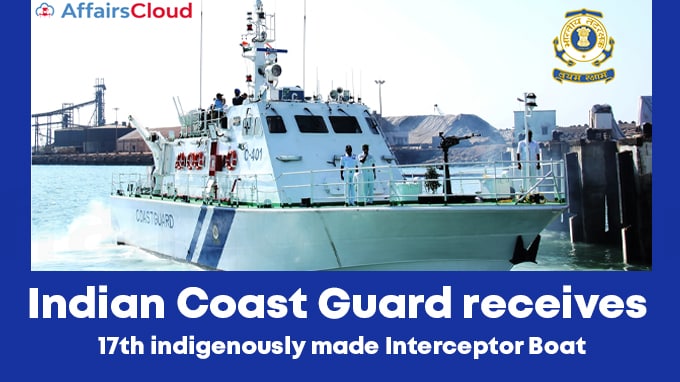 At Present 40 ships are at various stages of construction at different Shipyards in India for the ICG. 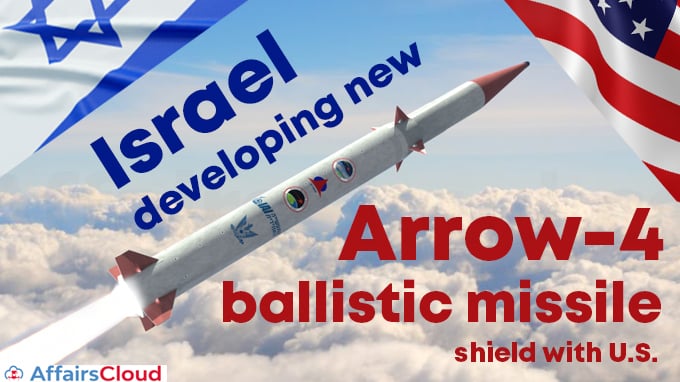 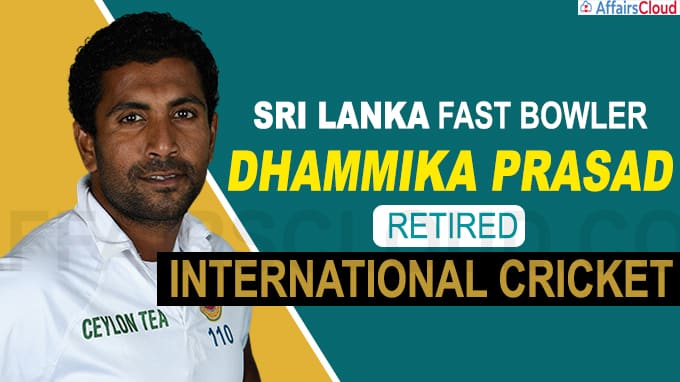 Sri Lankan Fast Bowler Dhammika Prasad announced his retirement from International Cricket at the age of 37.

About the Book:
i.The book of 11 chapters accounts various aspects of CRPF such as its founding and operations, enactment of CRPF Act, the valor and sacrifice of CRPF at Hot Springs and Sardar Post, its role in 1971 Indo Pak war, counter insurgency operations in Punjab, northeast and J&K, civic action initiatives, overseas missions, special forces Rapid Action Force(RAF) and Commando Battalion for Resolute Action(CoBRA), sports and Welfare among others.
ii.This book illustrates the history of CRPF from the perspective of a Historian, which maps the changes over a period of time and the development related to the shifts in society and politics.
iii.The book has been compiled from the research from the existing records in CRPF institutions, National Archives, newspaper reports, relevant primary records in addition to the first hand accounts from the veterans and serving members.
CRPF Veterans Day 2021 – 19th February:
The CRPF celebrated the first ever CRPF Veterans Day on 19th February 2021.
Every year starting from 2021, the 3rd Friday of February will be celebrated as the CRPF Veterans Day.
About CRPF:
Director General– Dr. A P Maheshwari,IPS
Headquarters– New Delhi 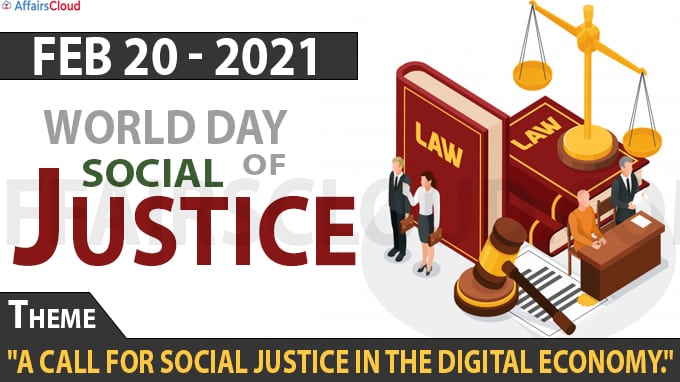 i.The United Nations(UN)’s World Day of Social Justice is annually observed across the globe on 20th February to promote and ensure Social justice in letter and spirit in the world where the social inequality persists.
ii.The day recognises that social development can be ensured in the absence of Social Justice.
iii.The theme of the 2021 World Day of Social Justice is “A Call for Social Justice in the Digital Economy” which highlights the basic rights of the workers who have shifted to the digital platform and whose lives were affected by the lack of digital infrastructure.
iv.The United Nations General Assembly(UNGA) adopted the resolution A/RES/62/10 on 26th November 2007 and proclaimed 20th February of every year, starting from the 63rd Session of the UNGA, will be celebrated as the World Day of Social Justice.
About International Labour Organization (ILO):
International Labour Organization (ILO) is the only tripartite UN agency.
It was established in 1919 as a part of the Treaty of Versailles, which ended World War I.
Director General– Guy Ryder
Headquarters– Genève, Switzerland
<<Read Full News>>

UP Signed MoU with IKEA; IKEA to Invest Rs.5500 Crore in UP in 5 years 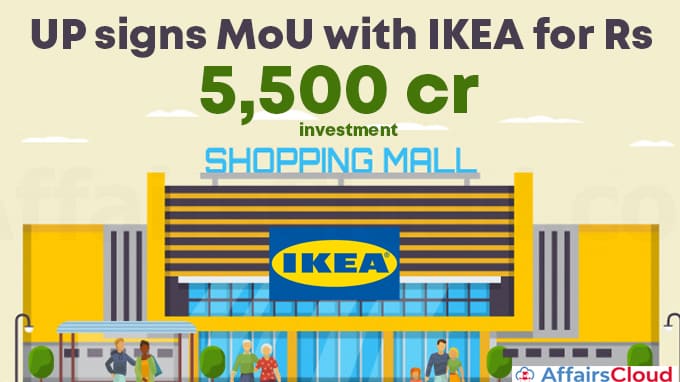 On 19th February 2021, the Government of Uttar Pradesh(UP) signed a Memorandum of Understanding with IKEA, a Swedish furniture and home applications company, which is set to invest Rs.5500 crore in the state during the next 5 years.
The MoU was virtually signed in the Presence of Yogi Adityanath, the Chief Minister of UP.
IKEA outlet in Noida:
i.The government of Uttar Pradesh has allocated 47,833 square meters of land in Noida for IKEA Outlet, which will be one of the largest IKEA outlets in the World (at present the largest IKEA outlet is in Stockholm, Sweden which is 55,221 square meters).
ii.IKEA will pay Rs 850 crores for the purchase of the land which will generate a revenue of Rs.56 crore in the form of Stamp duty.
iii,The outlet will commence its operations by 2025.
iv.IKEA also plans to open 3 major outlets in Purvanchal and Central UP.
Key Points:
i.CM stated that the opening of IKEA in the state is expected to generate various job opportunities and to support and provide opportunity to the farmers, artisans and artists.
ii.IKEA plans to open around 25 center’s in India by 2025 by investing Rs.10500 crore, most of these stores will be in UP. 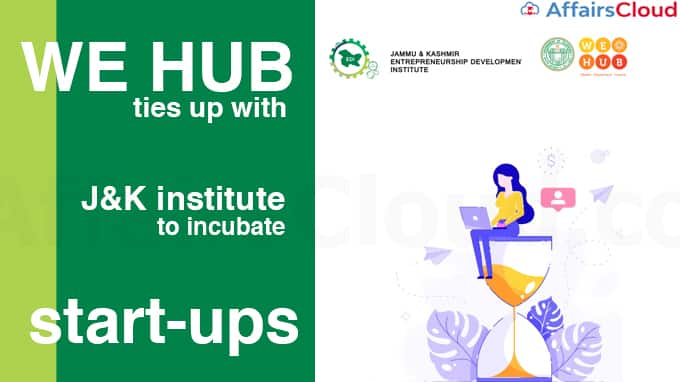 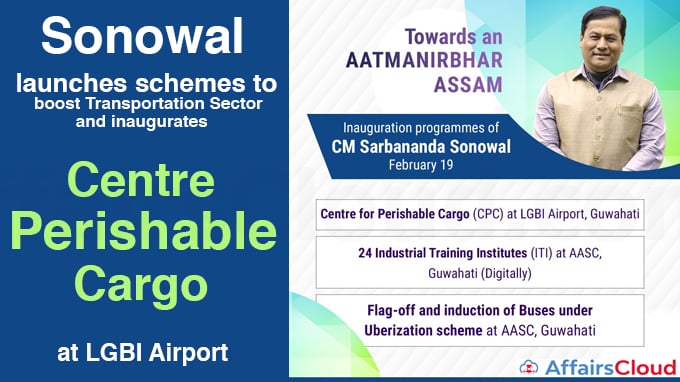 i.The Chief Minister (CM) of Assam Sarbananda Sonowal inaugurated the Rs 19 crore 84 lakhs Centre for Perishable Cargo (CPC) at Lokpriya Gopinath Bordoloi International (LGBI) Airport , Assam in the presence of Chandra Mohan Patowary, Assam State Minister for Transport.
ii.He also flagged off an export cargo consignment of 600 kilograms of vegetables on the occasion of the inauguration.
iii.In a bid to promote transport sector in the state, the the CM launched the ‘Uberization Scheme’ which will be implemented in association with the Assam State Transport Corporation (ASTC). For this scheme the state government has sanctioned 339 buses and a outlay of Rs 25 crore.
About Assam:
Tiger Reserve– Manas Tiger Reserve, Nameri Tiger Reserve, Kaziranga Tiger Reserve
Ramsar site– Deepor Beel
<<Read Full News>>