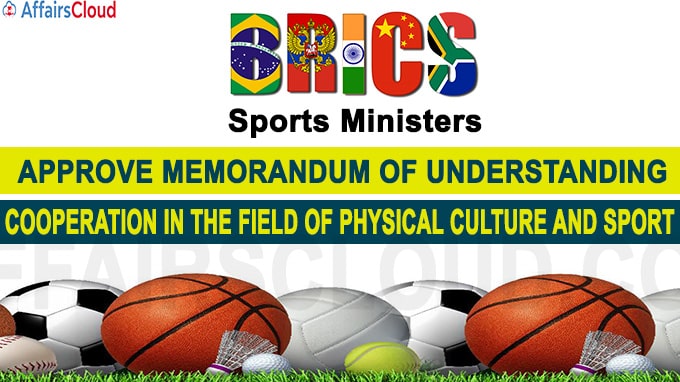 On August 25, 2020 the First Meeting of the BRICS (Brazil, Russia, India, China & South Africa) Sports Ministers under the Russian BRICS Chairmanship took place through video conference. The BRICS Sports Ministers signed a Memorandum of Understanding (MoU) to strengthen and develop the cooperation in the field of physical culture and sport within the BRICS members.

The document provides for cooperation in following areas:

i.Issues of cooperation in the field of sports regarding organisation and holding of sports events during India’s BRICS Chairmanship in 2021 were discussed.

ii.Russia also expressed interest to share experience and provide support to the Organising Committee of the Winter Olympic and Paralympic Games to be held in Beijing in 2022.