The first ever Global Bio-India Summit was held in New Delhi from November 21-23,2019. The summit was one of the largest biotechnology stakeholders’ conglomerates. The summit was inaugurated by Minister for Science and Technology Dr. Harsh Vardhan and Petroleum Minister Dharmendra Pradhan in presence of other officials. 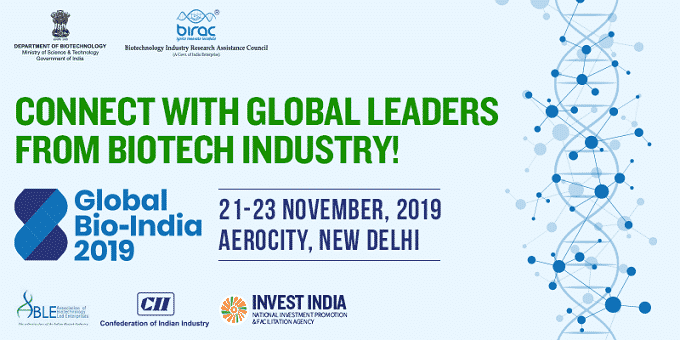 Report on Private investment in biotechnology:

i.Organisers: The summit was organised by the Department of Biotechnology (DBT), Ministry of Science & Technology, and its Public Sector Undertaking(PSU), Biotechnology Industry Research Assistance Council (BIRAC).

iii.Participants: 3000 delegates from around 25 countries and over 15 states of India participated in the event. The summit saw participation from more than 200 exhibitors, 275 start-ups and more than 100 bio-technology incubators.