On January 15, 2020, the International Cricket Council (ICC) has announced the list of ICC award winners for the year 2019 to recognise and honor the best international cricket players of the previous 12 months.
Indian opener Rohit Gurunath Sharma became ODI (One Day International) Cricketer of the Year for the first time. At the same time, Virat Kohli bagged Spirit of Cricket award. 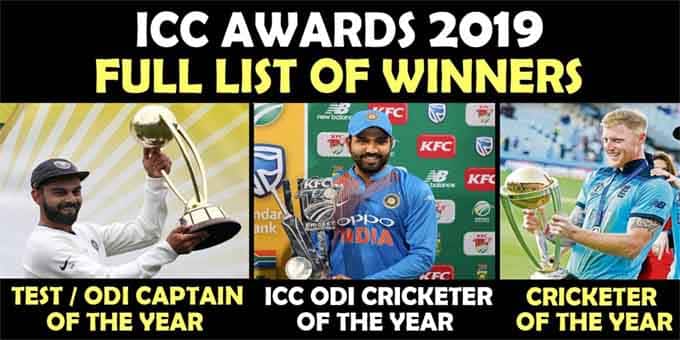 The awards in brief are as follows: