On March 8, 2020, FICCI has released the 10th round of FICCI-IBA survey in New Delhi which was conducted by Federation of Indian Chambers of Commerce & Industry (FICCI) and Indian Banks’ Association (IBA) for the period of July to December 2019. The survey has analyzed 18 banks consisting of public sector, private sector and foreign banks which together represented 50% of the banking industry, as classified by asset size. The survey required view of bankers on the measures that would help in improving the economic situation. So, as per survey the viewpoints are: 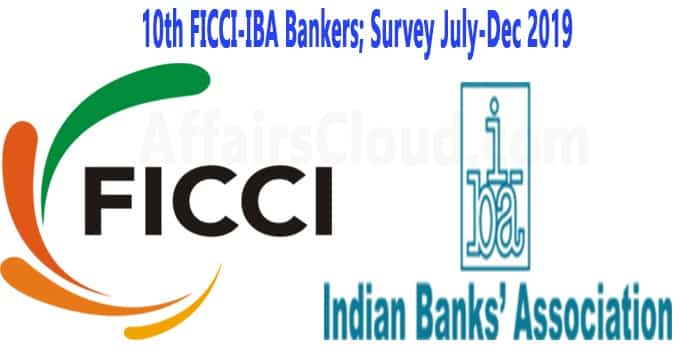 Bankers views on increasing the fund flow to MSME sector:

-Acceleration in SME lending process is required which can possible with the development of an online platform.

-Requirement of creative ways for credit assessment like psychometric testing.

-Responding banks reporting NPAs declined to 39% in the 10th round of survey as compared to 52% of first half of 2019 survey.

-The proportion of respondent banks reporting a rise in the NPA levels on the other hand has shown slight increase to 28% as against 26% in the preceding survey.

-As per the survey, 93% of the respondents claimed Infrastructure and Metals as the key sector of NPA as compared to 73% in last survey while 60% respondents reported NPAs in Iron & Steel in comparison with 55% earlier.

-About 36% of these respondents have reported an increase in NPA in infrastructure sector during July- December 2019 period.

Shifting towards External Benchmark based Lending Rate (EBLR) from MCLR showed positive reviews
For faster transmission of rate cuts to consumers, the RBI has mandated banks to link all retail and SME loans to an external benchmark effective from October 1, 2019. Most of the banks have adopted repo rate as the EBLR by shifting from MCLR and gained positive response from borrowers as well.

About the Survey:
FICCI and IBA conduct a Survey of Bankers twice every year. The survey gives an outlook on the status of the Indian Banking Sector, highlighting key operational and financial indicators of the banks.