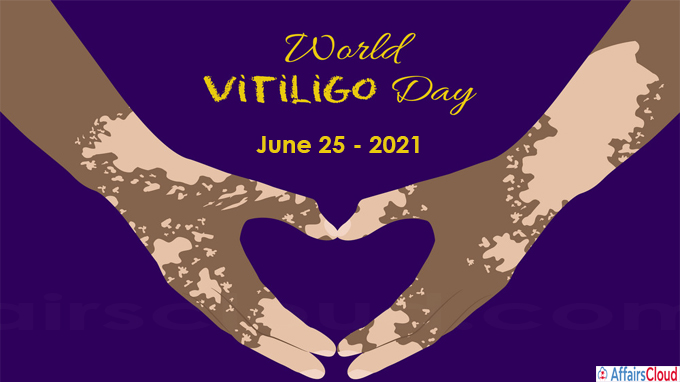 The World Vitiligo Day(WVD) also known as the Vitiligo Awareness Day is annually observed across the globe on 25th June to create awareness about Vitiligo, a rare skin disease that affects around 1 to 2 % of the global population. The day also marks the death anniversary of American singer Michael Jackson, “King of Pop”, who was also diagnosed with vitiligo. Michael Jackson passed away on 25th June 2009.

Every year the WVD is hosted by a different city and the 2021 World Vitiligo Day is hosted by Jakarta, Indonesia which will act as the 2021 Campaign headquarters.

The official theme of World Vitiligo Day 2021 is “Embracing Life with Vitiligo”.

i.The day was created by Ogo Maduewesi, Founder and President of Vitiligo Support and Awareness Foundation (VITSAF) at Victoria Island in Lagos, Nigeria.

i.The term vitiligo was derived from the Latin word ‘vitelius’ – used to describe the white flesh of calves.

ii.Vitiligo is an unpredictable skin disease that causes gradual loss of skin colour and overlying hair on various parts of the body.

iii.It is estimated that globally around 65 to 95 million people are affected with vitiligo.