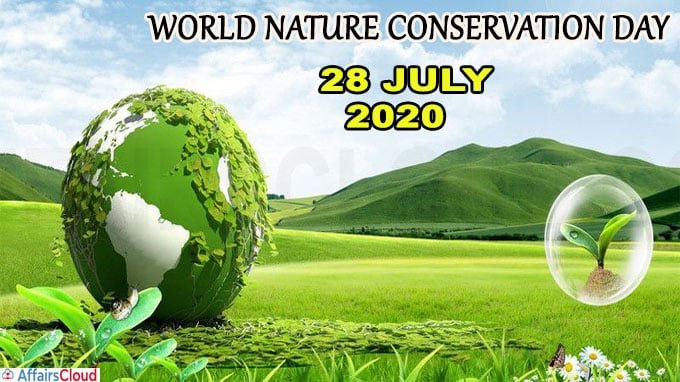 Aim: To focus our efforts on preserving our natural environment and keeping our home, Earth, healthy.

i.The day ensures the well-being of the present and the future generations.

ii.Global warming, Ozone layer depletion are some of the severe problems which need to be focused.

iv.Urbanization has led to issues like loss of wildlife habitat, loss of forest areas which has to be controlled.

The Government of India has taken 5 measures to restore the natural resources.

iv.Mangroves for the future (MFF)

i.Reduction of the use of Plastics by the year 2022 insisted by the Prime Minister Narendra Modi.

ii.Project Elephant was initiated in the year 1922 that aims to conserve the elephants and their habitat.

iii.Sea Turtle Project, Vulture Conservation, Indian Rhino Vision (IRV) were brought up to preserve the animals that are at the verge of extinction.

Some Acts passed to preserve the biodiversity

The activities of World Environment Day 2020 will be hosted by Colombia in partnership with Germany.

ii.“Nagar Van” (Urban forest) Scheme launched virtually by the Central Govt. on June 5, the occasion of the World Environment Day 2020 (WED) announcing the implementation to develop urban forests across the country over the span of 5 years.