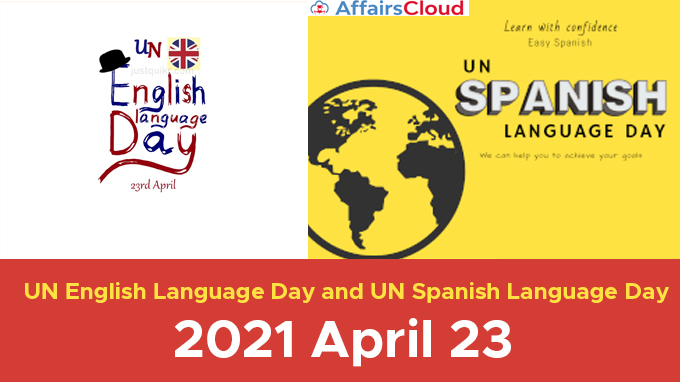 ii.UN English language day – 23rd April marks both the birth and death anniversary of the famous English playwright William Shakespeare, who was known as “Bard of Avon”.

It is annually observed on the 23rd April to promote the history, culture and the achievements associated with English. The day also aims to promote books, poetry and literature in the English Language.

The UN Spanish Language Day is annually observed on 23rd April to create awareness about the language among the UN’s staff and to promote the history, culture and the use of Spanish as the official language of the organisation.