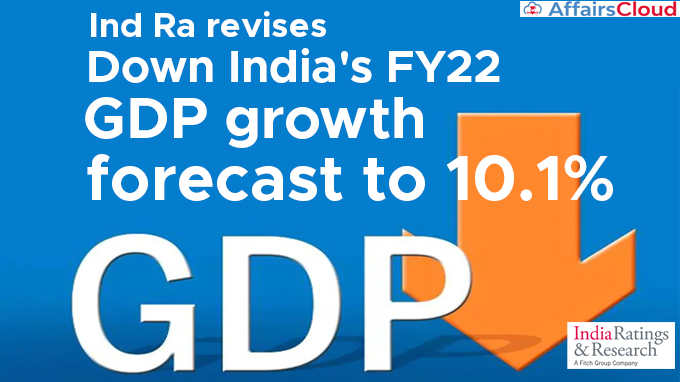 On April 23, 2021, SBI Research also reduced India’s growth forecast for FY22 to 10.4 per cent from 11 per cent of the earlier predictions and it forecasted 14.3 per cent of nominal GDP.

S&P Global Ratings in its report on Asia-Pacific Financial Institution projected Indian economy growth for FY22 at 11 per cent. It has also projected an additional 6.1 per cent-6.4 per cent forecast increase for the next couple of years.

About India Ratings and Research(Ind-Ra):