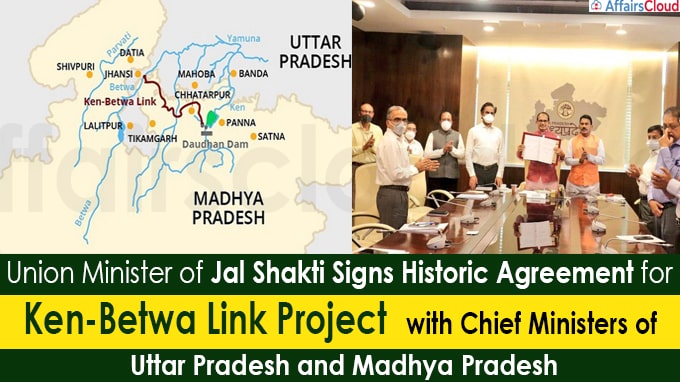 KBLP is the 1st Project under the National Perspective Plan for interlinking of rivers. Under this project, water from the Ken river (in Madhya Pradesh) will be transferred to the Betwa river (in Uttar Pradesh). Both rivers are tributaries of river Yamuna.

Project needs approval on the share of Centre and State in funding, forming a new organisation, “Ken Betwa Link Project Authority” to execute the project and obtaining a stage 2 forest clearance for constructing the Daudhan dam. The project, as of today, is expected to be ready in 8 years.

i.November 10, 2020, Tamil Nadu won the first place in the Union ministry of Jal Shakti’s 2nd National Water Awards for 2019 under the best state (normal) category for the conservation and management of water.