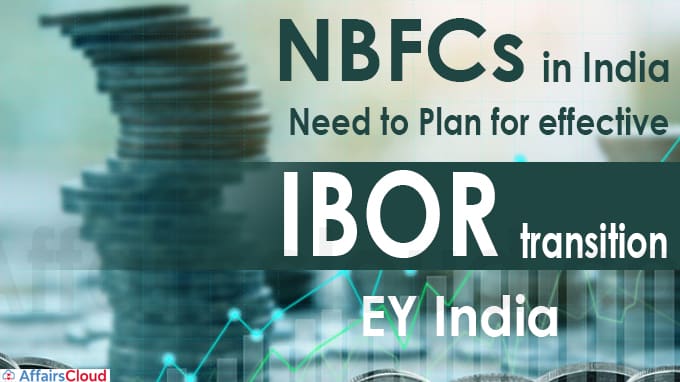 It is one of the most common series of benchmark rates for determining short-term interest rates across the world which are measured in trillions of dollars across global currencies.

–The key challenges that will need to be addressed by NBFCs, banks and other institutions are contract amendments, financial reporting, tax and other risks due to cessation of LIBOR rates after 2021.

–NBFCs should inventorise their LIBOR-linked borrowings to develop a roadmap to assess the impact on their financial statements, bottom line and their ability to raise overseas borrowings at a competitive rate.

–Incidentally, the Mumbai Interbank Forward Offer Rate (MIFOR), widely used by banks in India for setting prices on forward rate agreement and derivatives, has USD LIBOR as its core component. This may now be linked with Secured Overnight financing rate (SOFR), the ARR used for US dollar denominated derivatives and loans.

–There is an estimated overseas foreign currency borrowings of $13 billion and notional derivative exposure covering forward rate agreements, interest rate swaps and cross currency swaps to the tune of $18 billion across the top 10 NBFCs.

i.According to the ‘International Migration 2020-Highlights’ report released by the United Nations Department of Economic and Social Affairs (UN DESA), In 2020, 18 Million persons from India were living outside of their country of birth thus making it the World’s Largest Transnational Community.