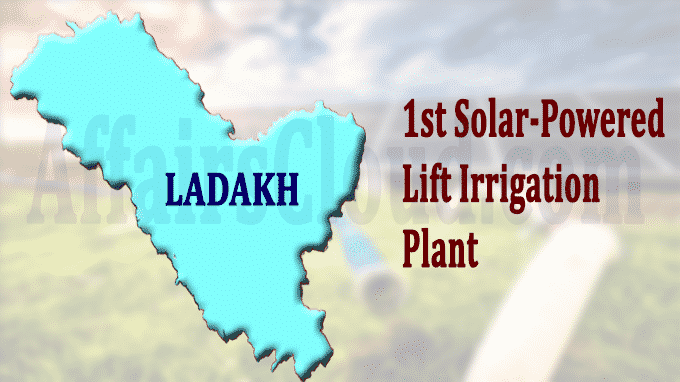 i.The prototype will help to solve the shortage of water to irrigate, especially those lands which are at the banks of rivers & the drinking water issue. This Solar Irrigation Pump will help in proper utilization of this fund in the Farm.

ii.The pump discharges 45,000 litres of water per day, a major achievement in the industry.

ii.This step is to fulfil the dream of Prime Minister Narendra Modi to Make Ladakh a Carbon Neutral Entity and will also help the Yak Farm spread at a 360 Canal Land to be self-sufficient in Fodder Development.

i.Various projects have been sanctioned under the Special Package sanctioned for Ladakh under UT Funds so as to witness a great change in the Animal and Sheep Husbandry and Fisheries Sector in the near future and to fulfil the dream various projects of Ladakh

ii.Soon KREDA will be proposing for more such projects which involves one-time investment which has no recurring cost.

Allotment- Under Rashtriya Gokul Mission(RGM) Yak Breeding Farm, Bodh Kharboo has an allotment under special package of Rs 1.20 crore by the Government of India

It was launched in December 2014 with an outlay of Rs 2025 crore for enhancement &  conservation of indigenous breeds by selective breeding in the breeding tract and genetic upgradation of the nondescript bovine population. The comprises two components namely National Programme for Bovine Breeding(NPBB) and National Mission on Bovine Productivity(NMBP).