On April 13, 2020 The Ministry of New and Renewable Energy (MNRE) on its behalf in the amended clause has appointed the Indian Renewable Energy Development Agency Limited (IREDA) as the implementing agency to handle the Central Public Sector Undertaking (CPSU) Scheme Phase-II & all issues regarding the time-extension and dispute resolution on inevitable events. 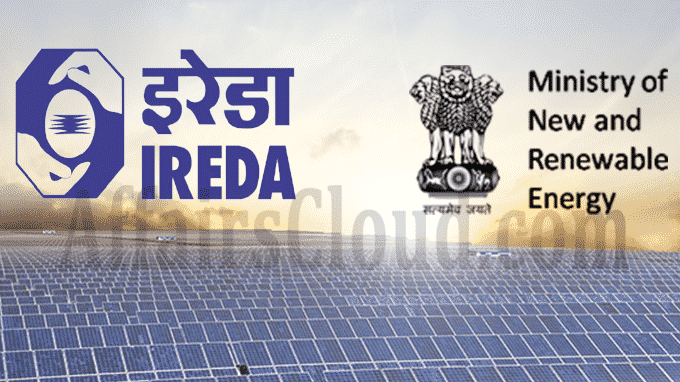 i.IREDA will conduct bidding for solar power projects allocation in the Scheme with Viability Gap Funding (VGF) amount as a bid parameter to select project proponents. MNRE will timely review the maximum permissible VGF amount & will reduce if the cost difference comes down.

ii.In Case of the existing clause, the Solar Energy Corporation of India (SECI) handled the scheme on behalf of the ministry.

iii.The VGF is provided under the scheme with the aim of covering the cost difference between locally manufactured and imported solar cells and modules & can be used by the government producers as their equity in solar projects is set-up under this.

iv.If a government producer sets up a solar PhotoVoltaic (PV) project under the scheme in a solar park, both Central Financial Assistance (CFA) as per solar park scheme and VGF under the CPSU scheme will be eligible.

About CPSU Scheme Phase-II:
It aims to set up 12,000 MW grid-connected solar PV power projects under the government producers with the VGF support for self-use or by government entities either directly or through discoms (distribution companies).