In order to ensure greater interaction between troops stationed along the Line of Actual Control (LAC), India and China held their first joint tactical exercise (JET) codenamed “Sino-India Cooperation 2016”in the Chushul-Moldo, Jammu and Kashmir. 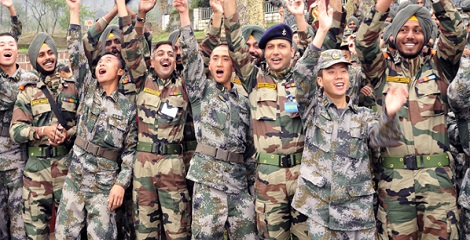 This exercise was the part of Hand-in-Hand series of India-China Joint Exercises and complemented the recently conducted joint exercise in Sikkim.

Background
Few years ago, India and China has inked a Border Defence Cooperation Agreement, to eliminate the possibility of any sudden military conflagration along the LAC as both nations have different perceptions of the LAC demarcation that they never mutually agreed upon.