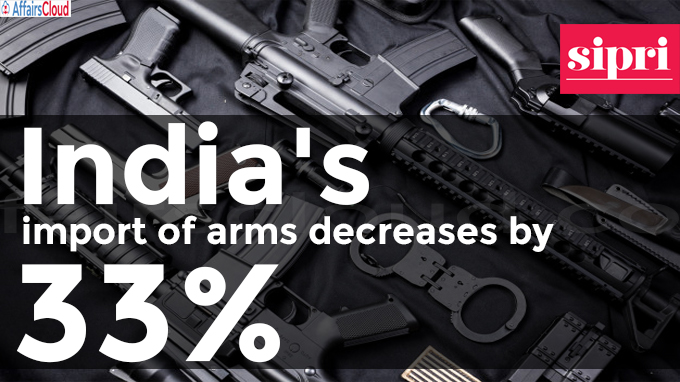 India has set a target of INR 1.75 Lakh Crore (USD 25 Billion) turnover in Defence manufacturing by 2025.

i.On August 9, 2020, the Department of Military Affairs (DMA), Ministry of Defence (MoD) decided to restrict import of 101 weapons and military platforms, between 2020 and 2024, in order to boost indigenous defence manufacturing on the lines of “Atmanirbhar Bharat”.