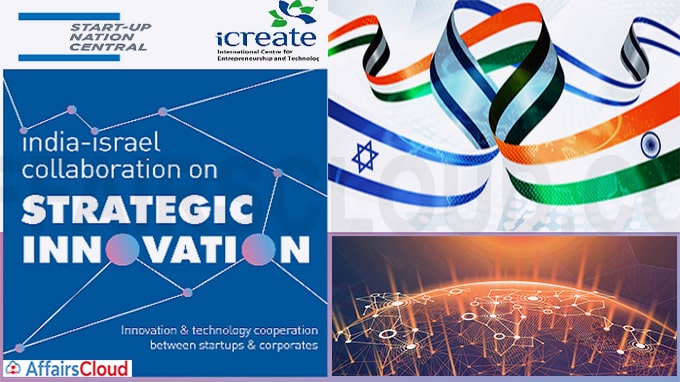 Over the last few years, the relation between India and Israel has turned into a strategic partnership, the depth of which was seen during Covid-19 pandemic through a number of joint ventures (JVs) such as Operation Open Skies and integration of Israeli medical equipment and technologies in Indian hospitals. Now, to accelerate this relation further, both countries decided to initiate a bilateral program to boost innovation and technology cooperation by collaborating Israeli and Indian entrepreneurs, startups and corporates on innovative projects.

–The forces behind this partnership are the Embassy of Israel to New Delhi and the Governments of India and Gujarat.

-Collaboration with i-Create enables identification of Israeli partners to jointly develop solutions to the current challenges in India. In this regard both entities will create unique Online Acceleration Program for market penetration to work with relevant technologies.

–Importantly, Israel has the most startups per capita worldwide, and India is the top innovation destination in Asia.

About India’s International Centre for Entrepreneurship and Technology (iCreate):

It was established in 2012 under the aegis of Gujarat Foundation for Entrepreneurial Excellence (GFEE) to create a hi-tech start-up ecosystem with the active support of Narendra Modi, who was the Chief Minister of Gujarat. The new campus of iCreate was inaugurated by Israel’s Prime Minister Benjamin Netanyahu and Indian Prime Minister Narendra Modi on 17th January 2018.

It is an independent non-profit organization that connects business, government, and non-governmental organization (NGO) leaders from around the world to Israeli innovation for getting solutions to the most pressing needs.

(DDR&D), of the Israel Ministry of Defense (IMoD), and Israel Aerospace Industries (IAI), have successfully launched a new spy satellite “Ofek 16” into orbit by using a locally-developed Shavit rocket from a launchpad at Palmachim airbase in central Israel