The Indian wrestling team has clinched 7 medals (4 gold, 2 silver, and a bronze) in the 1st UWW (United World Wrestling) Matteo Pellicone Rome Ranking Series 2020 held from January 15 – 18, 2020  in the Italian Capital, Rome. The 4-day tournament, organized by UWW, has featured all the 3 disciplines – freestyle, Greco Roman and women’s wrestling. The 2020 ranking series consists of two events: the 1st, which already held in Rome, Italy and the 2nd will held from June 4-7, 2020 in Warsaw, Poland.The ranking series started in 2019. 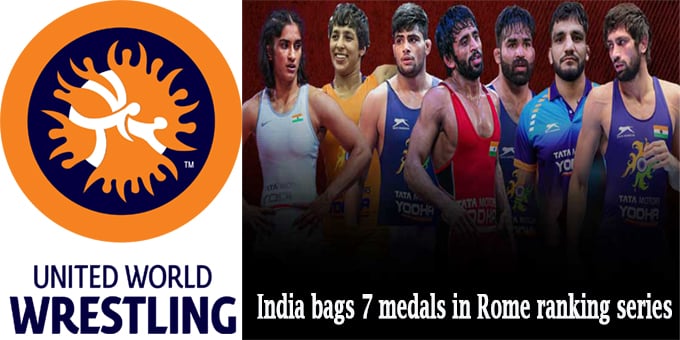 i.Vinesh Phogat, an Indian wrestler, who won Commonwealth (2014 Glasgow, 2018 Gold Coast) & 2018 Asian Games, has won the final of the Rome Ranking Series 2020. She defeated Ecuador’s Luisa Elizabeth Valverde to win the gold medal in 53 Kg ctaegory by a scoreline of 4-0.

About United World Wrestling (UWW):
Motto– Welcome to the New World of Wrestling
President– Nenad Lalovic
Headquarters– Corsier-sur-Vevey, Switzerland
It is the international governing body for the sport of amateur wrestling.