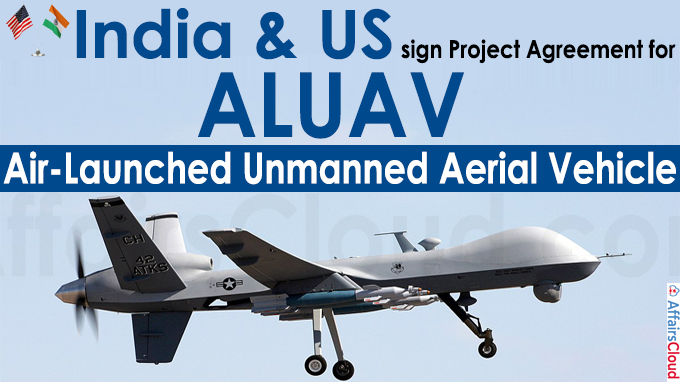 India’s Ministry of Defence has announced that it signed a Project Agreement (PA) with the United States (US) Department of Defence in July 2021, for co-development of Air-Launched Unmanned Aerial Vehicle (ALUAV), under the Joint Working Group Air Systems in the Defence Technology and Trade Initiative (DTTI).

Objective –The agreement was made in reference to the collaboration between two countries in defence technology through co-development of defence equipment and also aims on co-production and co-development of future technologies for Indian and US military forces.

ii.Aeronautical Development Establishment (ADE) at DRDO , the Aerospace Systems Directorate at the Air Force Research Laboratory (AFRL), Indian and US Air Forces act as the principal organisations for executing the PA.

iii.The PA signed for ALUAV, is an initiative under the Research, Development, Testing and Evaluation (RDT&E) agreement signed between Indian and US in 2006, for co-development of Defence equipment.

Note – As per Sipri report, around 49% of India’s arms is imported from Russia.

About United States of America: