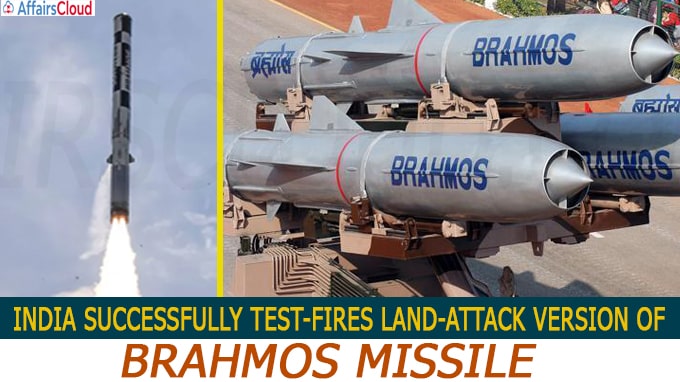 The missile hit the target in the Bay of Bengal accuracy.

ii.The Missile has been Indigenised to a large extent by the Defence Research and Development Organisation (DRDO) under its Project PJ 10.

iii.Indian Air Force (IAF) & Indian Navy are also set to carry out seperate test-firing of the new version of the air-launched and naval versions of Brahmos.

iv.India has deployed Brahmos in several strategic locations along the Line of Actual Control (LAC) with China in Ladakh and Arunachal Pradesh.

i.On October 30, 2020, IAF successfully test-fired an air launched version of the BrahMos supersonic cruise missile from a Sukhoi fighter aircraft in the Bay of Bengal.