Long Range Surface-to-Air Missile (LRSAM) aka Barak 8 missile was successfully flight-tested for the first time from an Israeli Naval Platform and it achieved the desired goal by hitting the incoming target. The missile is co-developed by India and Israel. 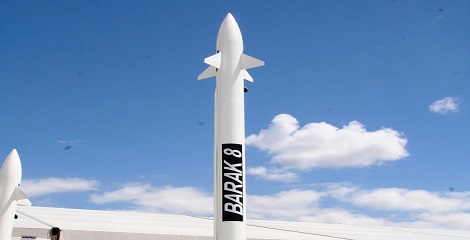 
It is designed to defend against any type of airborne threat including aircraft, helicopters, anti-ship missiles, and UAVs as well as cruise missiles and combat jets.

The first 32 missile will be fitted on the Indian Navy destroyer INS Kolkata.