Hello Aspirants. Welcome to Online English Sectionin AffairsCloud.com.We are Starting IBPS Clerk course 2015 from today and we are creating question sample in Cloze test, which will be asked in IBPS Clerk Prelims Exam. 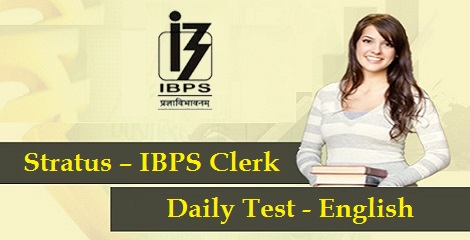 Official data on all..(1)..of development reveal that India‘s tribal people are the worst off in terms of income,..(2)..,education, nutrition, infrastructure and governance. They have also been..(3)..at the receiving end of the injustices of the..(4)..process itself. Around 40 per cent of the 60 million people displaced following development projects in India are tribals, which is not a surprise given that 90 per cent of our coal and more than 50 per cent of most minerals and dam sites are mainly in..(5)..regions. Indeed, contrary to what economic theory teaches, we find that many developed districts..(6)..include pockets of intense backwardness. Bakshi show that many districts include the most backward and most developed subdistricts of India; 92 districts have subdistricts that figure in the list of both the top 20 per cent and..(7)..20 percent of India‘s subdistricts. To give a few examples, ―developed districts like Thane, Vadodara, Ranchi, Visakhapatnam and Raipur have some of the most..(8)..subdistricts. In Korba and Raigarh districts of Chhattisgarh, Valsad of Gujarat, Pashchimi Singhbhum and Purbi Singhbhum of Jharkhand, Kendujhar, Koraput and Mayurbhanj of Odisha, the most industrialised subdistricts are..(9)..by the most underdeveloped subdistricts.And invariably these backward subdistricts are.. (10)..tribal. Clearly, the tribal people have not been included in or given the opportunity to benefit from development.