Scientists have discovered a new human-like species in a burial chamber deep in a cave system in South Africa. The discovery of 15 partial skeletons is the largest single discovery of its type in Africa.

About 1,500 fossils were found deep in a cave system outside Johannesburg, hidden in a deep underground chamber only accessible via several steep climbs and rock cavasses.

The initial discovery was made two years ago in the Dinaledi Chamber (Chamber of Stars) of the Rising Star cave by Witwatersrand University scientists and volunteer cavers. The cave is located near the Cradle of Humankind, a World Heritage Site in Gauteng province, South Africa. 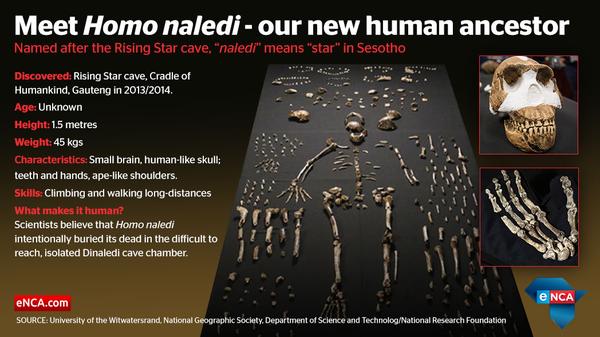 The researchers claim that the discovery will change ideas about our human ancestors and could shed fresh light on the origin of mankind.