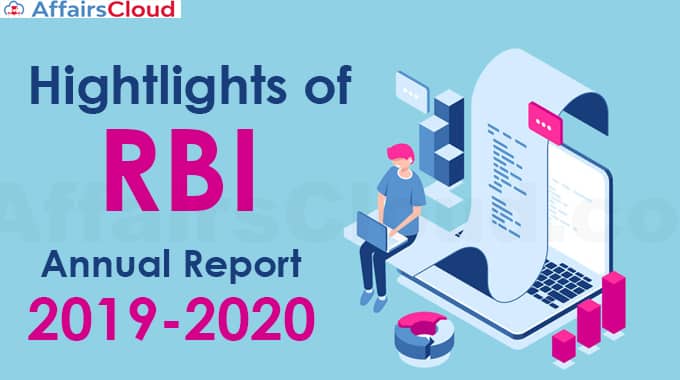 -The year ended with an overall surplus of Rs 57,128 billion which was transferred to the government.

-On the liability side, the rise was due to an increase in notes issued, other liabilities and provisions and deposits.

–Bank frauds more than double in FY20 to Rs 1.85 trillion

–RBI to dissolve Banking Codes and Standards Board of India

The Reserve Bank of India (RBI) has decided to dissolve the Banking Codes and Standards Board of India (BCSBI) which was set up in February 2006 as an independent and autonomous body for formulating codes of conduct to be adopted by banks voluntarily for ensuring fair treatment of customers.

–Integration of three existing Ombudsman schemes into one

-On the other hand, the circulation of currency notes of denomination of Rs 500 and Rs 200 has gone up substantially, both in terms of volume and value over the three years beginning 2018.

-Government consumption will have to fuel demand till the economy comes out of the COVID-19 shock and regains pre-COVID-19 momentum.