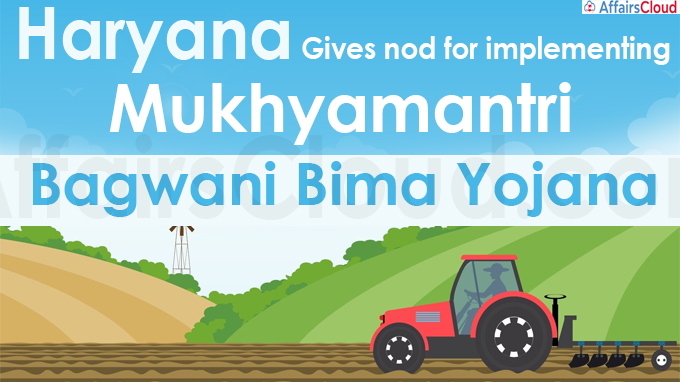 i.MBBY is an assurance-based scheme to compensate crop losses due to adverse weather and natural calamities.

ii.The scheme was designed as Horticulture Crop Assurance Scheme with the aim to encourage farmers to cultivate high-risk horticulture crops.

iii.The scheme will be optional and shall cover the entire state.

ii.A total of 21 vegetable, fruit and spice crops will be covered.

ii.Farmers have to register their crop and area on Meri Fasal Mera Byora (MFMB) portal to opt for this scheme.