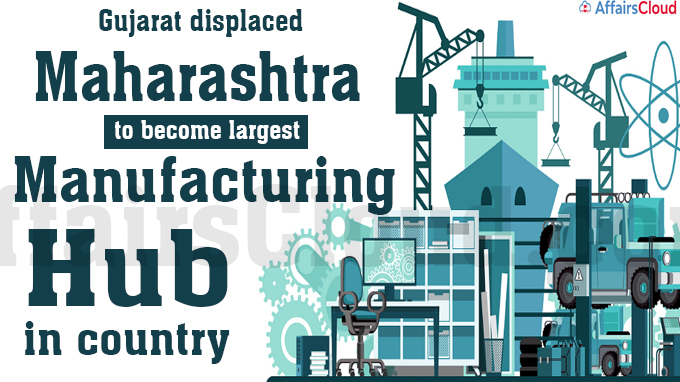 The key reason behind this is the higher investments, and reforms during the measured time period viz. opening of a single window for business clearances, simplified labour norms, and incentive-linked schemes, among others.

i.Maharashtra’s annual growth rate was at 7.5% annually between FY12 to FY20 and its GVA for manufacturing was Rs 4.34 lakh crore in FY20.

ii.Though Maharashtra missed the top spot in manufacturing but it is still the leading provider of services in India, with its services GVA growing by 12.6% annually at Rs 15.1 lakh crore in FY20.

iii.Telangana was the second fastest growing service economy in the country, with annual services GVA growth of 14.8 per cent leading the state to leapfrog Gujarat.Tamil Nadu, UP and West Bengal were third, fourth and fifth largest service economies in FY20.

As per the RBI’s publication of ‘Deposits with Scheduled Commercial Banks – March 2021’, Scheduled Commercial Banks (SCBs) deposits in FY21 grew by 11.9 percent year-on-year compared to 8.8% in FY20 due to high growth in the Current Account and Savings Account (CASA) deposits. The share of CASA deposits in FY21 increased to 43.7 percent in March 2021, compared to 41.7% in FY20.

-It was established on the recommendation of the Hilton Young Commission.

-RBI is responsible only for printing the currency notes. Minting of coins is done by the Government of India.

-Dr. Manmohan Singh is the only Prime Minister to have also served as the Governor of RBI.