On 20th September 2017, the Department of Biotechnology announced ‘lab on boat’ project for biological analysis of the Bramhaputra river.

Lab on boat:
i. The Department of Biotechnology has announced 3 projects for the North East India.
ii. The projects would have mobile laboratories on boat, on the Brahmaputra river and its tributaries. They would also provide access to the local research institutions.
iii. This is the first time the Ministry of Science and Technology is dedicating boats for the research of a river.
iv. The Department of Biotechnology would allocate 10 % of its budget for the North East region.
v. Length of the Brahmaputra river is almost 3,800 km.
vi. It is one of the longest rivers in the world.
vii. It travels through three countries and flows into the Bay of Bengal. 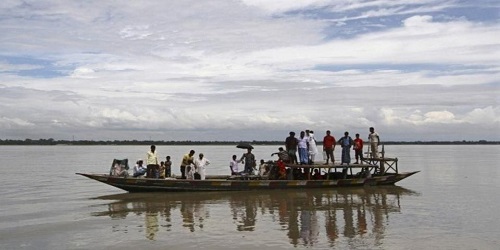 viii. Bramhaputra Biodiversity Biology Boat (B4) project:
· This project is focused on the Brahmaputra river’s biodiversity and biology.
· Currently Rs.50 crore has been allocated for the B4 project.
· The first laboratory under B4 project will cover Pasighat, Dibrugarh, Neemati, Tejpur and Guwahati regions in Assam.
· Project B4 would start by the end of 2017.
· This project is handled by IIT-Guwahati. It is supported by the Ministry of Development of North Eastern Region (DoNER).
ix. Phyto-Pharma Plants Mission:
· This project will also have lab on boats that will be located on the Brahmaputra river.
· They would send information regarding new botanical species to the main B4 boat.
· This would be used in developing new botanical drugs.
x. Frugal Microscopy project using foldscope:
· The frugal microscope is made from simple components like paper and lens. It costs less than Rs.70.
· These microscopes would be supplied to schools and colleges in the North East region.
About Department of Biotechnology:
i. Headquarters – New Delhi
ii. Secretary – Mr.K.Vijay Raghavan