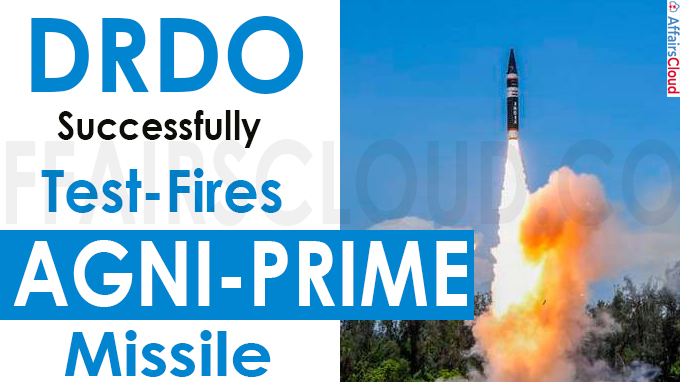 Note – The Strategic Forces Command (SFC) which is part of India’s Nuclear Command Authority (NCA) is responsible for the management and administration of India’s tactical and strategic nuclear weapons stockpile.

Agni is a family of medium to intercontinental range ballistic missiles developed by DRDO.