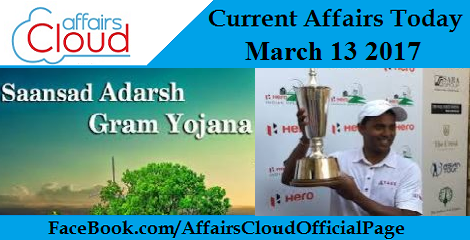 Arunachal Pradesh Launches Adarsh Gram Yojana for Rural Poor
i. The Arunachal Pradesh government has launched a new scheme Adarsh Gram Yojana that is in accordance with the basic philosophy of the Prime Minister “Sabka Saath Sabka Vikaas” (Collective Efforts Inclusive Growth).
ii. The scheme aims to reach the poor people in rural areas of the state to serve them better.
iii. Under the scheme, 123 villages (comprising one village per circle) will be developed as ‘Model Villages’ during the fiscal year 2017-18.
iv. The state government has allocated an amount of Rs.93 crore in the Budget 2017-18 for infrastructure development and for creating employment opportunities and community assets for the people of those villages.
Arunachal Pradesh
♦ Arunachal Pradesh is geographically the largest North East states of India which are also known as the Seven Sister States of North East.
♦ Arunachal Pradesh literally means “Land of Dawn-lit Mountains” in reference to the beautiful mountains found in the state. It is also known as Paradise of the Botanist or Orchid 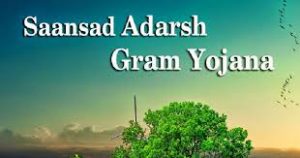 Pakistan to Conduct its First Census in 19 years From March 15
i. The Pakistan government is set to conduct its first national census in 19 years from March 15, 2017 for proper allocation of funds and resources.
ii. The census will be done in two phase. The first phase of the census will begin on March 15 and last on April 15. After a ten day gap, the second phase will start from April 25 and conclude on May 25.
iii. The census will include the assistance of over 200,000 Army troops and 118,918 civilians who are government servants from various departments.
iv. Atleast one soldier will accompany each civilian enumerator who will visit house to house to enlist the number of households and individuals living there.
v. For the census programme, an amount of Rs 18.5 billion have been allocated by the government.
vi. In case of any wrong information, there will be imprisonment of six months and Rs 50,000 fine.
vii .Islamabad last conducted a census in 1998, which recorded a national population of approximately 180 million.
Pakistan
♦ Capital: Islamabad
♦ Currency: Pakistani rupee
♦ President: Mamnoon Hussain
♦ Prime minister: Nawaz Sharif

Bangladesh declares to Observe March 25 as ‘Genocide Day’
Jatiya Sangsad, the Parliament of Bangladesh unanimously adopted a resolution on March 11, 2017 to declare March 25 as Genocide Day in remembrance of the brutality carried out by the Pakistani Army in the “Black Night” of March 25, 1971.
♦ MPs also suggested that the government should take initiative so that December 9, which is marked by the UN as international day of commemoration of genocide, sees that March 25 victims being commemorate as well.
The Black Night
i. Pakistani Army carried out history’s most cruel genocide on Bengali people on the night of Mar 25, 1971 as their leader Bangabandhu Sheikh Mujibur Rahman proclaimed Bangladesh’s independence to free the nation from Pakistani subjugation.
ii. Codenamed ‘Operation Searchlight’, Pakistani Troops carried out genocide in the first hours of that night in Dhaka.
iii .However, Bengalis put up a courageous resistance and snatched victory on December 16 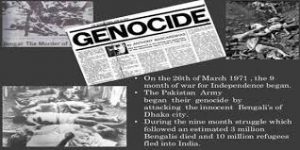 Complex in southwest Bushehr province of Iran in which Hyundai Engineering plans to invest 3.1 billion euros which is 95 percent of the overall project cost.
iii. The South Korean company will have nine months to secure financing for the oil project which is a potential obstacle due to continued reluctance of international banks to engage with Iran.
iv. The second phase of the deal involves the construction of four production plants at the Kangan site and is expected to take four years.
v. The first phase of the Kangan project was 30 percent completed with an investment of nearly 120 million euros.

HSBC Appoints Mark Tucker as its New Chairman
i. Europe’s biggest bank HSBC Holdings Plc. has appointed Mark Tucker as its Chairman on March 13, 2017.
ii. AIA Group Ltd Chief Executive, Mark Tucker  will take over on October 1, 2017, succeeding Douglas Flint who has been in the role since 2010.
iii. The appointment of trucker breaks an HSBC tradition of appointing insiders to the chairmanship.
iv. After assuming the charge, one of his first jobs will be to find a replacement for Stuart Gulliver, the chief executive of HSBC, who plans to step down next year.
v. Mr Tucker has been chief executive of AIA for seven years. Before AIA, he was the chief executive of insurance giant Prudential, AIA Group Ltd.
HSBC Holdings Plc
♦ HSBC Holdings PLC is a British multinational banking and financial services holding company.  It is the world’s seventh largest bank by total assets.
♦ Founded: March 25, 1991
♦ Headquarters: London, United Kingdom
♦ CEO: Stuart Gulliver 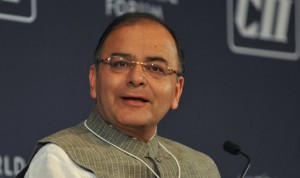 Goa Chief Minister.
ii. Upon the advice of Prime Minister Narendra Modi, the President Pranab Mukherjee directed that Arun Jaitely shall be assigned the charge of the ministry of defence, in addition to his existing portfolios.
iii. This is the second time that Jaitley is holding the additional portfolio of Defence Ministry during the present NDA government
iv. The 64 year old Finance Minister, who also holds the Corporate affairs portfolio was incharge of the Defence Ministry earlier from May 26 to November 9 in 2014.
v. Parrikar will be sworn in as the chief minister of Goa on March 14, 2017

OnePlus India Ropes Amitabh Bachchan as its New Brand Ambassador
i. Chinese smartphone company OnePlus has roped in Bollywood star Amitabh Bachchan as its new brand ambassador for India on March 6, 2017.
ii. Mr Bachchan is the first major face that OnePlus India is associating with for its latest flagship smartphone, OnePlus 3T.
iii. According to the OnePlus team, Bachchan has been considered since he better represents ‘OnePlus’ motto ‘Never Settle’.
iv. OnePlus 3T is rated as the best smartphone as compared to other brands based on consumer ratings on Amazon India.
v. With this, Amitabh Bachchan has now joined the first-ever “OnePlus Star” which is a select group of distinguished OnePlus users.

Intel to buy Mobileye for $ 15.3 billion
i. Intel has announced a deal under which it will buy Israeli technology company Mobileye for $15.3 billion. Mobileye provides anti-collision, driver assistance, and autonomous driving solutions. Intel will buy all the shares of Mobileye at $63.54 per share in cash. 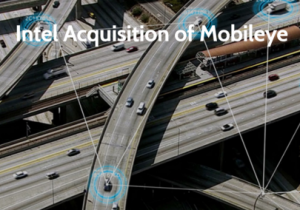 ii. The acquisition will combine the computer vision expertise of Mobileye with the high-performance computing of Intel to create automated driving solutions from the cloud through the network to the car.
iii .Prof Amnon Shashua, Mobileye’s Co-founder, Chairman, and CTO will lead this new combined entity. He will further report to Intel CEO, Brian Krzanich.
iv. Intel has estimated the vehicle systems, data and services market to be around $70 billion by 2030.
v. Founded in 1999 in Israel, Mobileye went public on New York Stock Exchange (NYSE) back in 2014. In 2016, tesla stopped doing business with Mobileye after self-driving car crashed, causing the death of the driver. 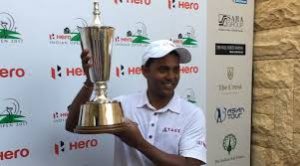 2017.
ii. The Hero Indian Open held at the redesigned DLF Golf and Country Club redesigned DLF Golf and Country Club carries an enhanced prize purse of USD 291,660.
iii. This was his sixth win on the Asian Tour and overall sixth international victory.
iv. Chawrasia is the third player to win back-to-back Indian Open. The other two golfers who did so earlier are Jyoti Randhawa who won in 2006 and 2007 and Japan’s Kenji Hosoishi who won in 1967 and 1968.

Punjab Defeats Railways to Win Santosh Trophy
i. Punjab defeated Railways by a 2-1 in a Group B final round league match of the 71st Santosh Trophy football tournament on March 13, 2017 in Goa.
ii. Punjab led by 1-0 at half time with score from Rajbir Singh (16th, 61st).
iii. Railways who failed to make constructive moves in the first half came with occasional foray in the second half and restored parity in the 59th minute.
iv. However, Rajbir scored his second goal making a great win for the team

Noted Film Director Diphan Dies At 45
i. Well known Malayalam film director Diphan passed away on March 13, 2017 in Kochi after suffering from liver ailment. He was 45.
ii. He was hospitalized in a private hospital on February 26 where his condition worsened after he contracted pneumonia.
iii. Diphan has directed seven films including Puthiyamukham, D Company, Hero and Leader, Dolphins and SIM.
iv .His latest film, Sathya, featuring Jayaram and Roma in the lead role, is yet to be released.