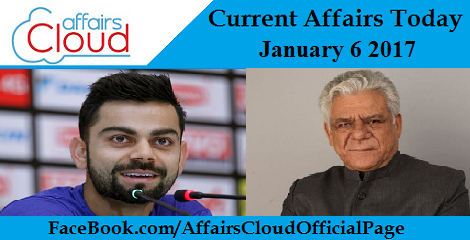 Centre Grants Drought Relief Assistance of Rs. 1782 Crore for Karnataka
i. The Union Government has approved an assistance of Rs. 1782.44 Crore for drought-affected Karnataka on January 5, 2017. The decision was taken during a meeting of the High Level Committee chaired by Home Minister Rajnath Singh.
ii. The committee approved the grant after examining the proposal based on the reports of the Inter-Ministerial Central Team (IMCT) which visited the state. The assistance has been approved from the National Disaster Relief Fund (NDRF).
iii. Besides, the committee also approved a grant of Rs. 209 crore to Uttarakhand which had been hit by floods in 2013, based on the report.
iv. The committee approved the assistance from the National Disaster Relief Fund (NDRF) and National Rural Drinking Water Programme (NRDWP) in respect of Uttarakhand.

Fourth Assam International Agri-Horti Show Begins in Assam
i. The Fourth Assam International Agri-Horti Show began in Guwahati, Assam on January 6, 2017. The Chief Minister of Assam, Sarbananda Sonowal inaugurated the
programme.
ii. The Four-Day Show would be attended by about 200 organisations from 10 foreign countries. Nearly 600 farmers from Assam will be trained on doubling farmers’ income, 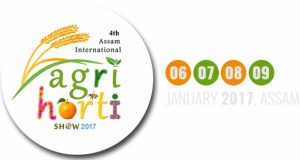 more crops per drop and agri-preneurship development. Business meet and discussions are also being organised by the Assam government.
About Assam Agri-Horti Show
♦ The Assam International Agri-Horti Show is the Exposition in Assam for Innovation and Inspiration in Agriculture, Horticulture, Food Processing, Floriculture and allied sectors. The Expo proposes to have a Horti and Agri exhibition, seminars, network gatherings, flower parade, farmer meets, and other high profile events.
♦ The Show, initiated in the year 1995, however, went “International” for the first time in 2014 and has seen participation of 15 countries and more than 80 international delegates in the year 2014 and 13 countries in the year 2015 and 12 countries with 200 international delegates in the year 2016.

Japan to Help in Developing Chennai, Ahmedabad and Varanasi Smart Cities
i. Japan’s   Ambassador to India Mr.Kenji Hiramatsu, informed about Japan’s intention to help India with the development of Chennai, Ahmedabad and Varanasi as smart cities.
ii. The decision was announced by the Mr.Kenji during a meeting with Minister of Urban Development Shri M.Venkaiah Naidu on January 5, 2017.
iii. Till date many countries have come forward to aid with development of 15 smart cities in India. These include:
1.United States Trade Development Agency (USTDA) for Visakhapatnam, Ajmer and Allahabad
2.United Kingdom for Pune, Amaravati and Indore,
3.France for Chandigarh, Puducherry and Nagpur
4.Germany for Bhubaneswar, Coimbattore and Kochi
Japan
♦ Capital: Tokyo
♦ Currency: Japanese yen
♦ Prime minister: Shinzō Abe

Telangana to Provide Monetary Help of Rs. 1000 to Single Women in State
i. The Telangana Government led by Chief Minister K Chandrasekhar Rao, announced a new scheme on January 6, 2017, to provide financial assistance of Rs. 1000 per month to poor single women in the state.
ii. Making an announcement in the Legislative Assembly, the CM informed that the new scheme will be implemented from April 2017 and necessary funds will be allocated in the upcoming budget.
iii. Single women who are below poverty line constitute two to three lakhs in the state and the government desires to provide assistance to them with an aim to enhance their living standards.
iv. Mr Rao has directed the district collectors to start enrollment of single women and appealed to the beneficiaries to come forward to enroll their names under the scheme.

India and Kazakhstan Signs DTAC Amendment Protocol
India and Kazakhstan signed a Protocol to amend the existing Double Taxation Avoidance Convention (DTAC) between the two countries on January 6, 2017 in New Delhi.
♦ The Agreement was originally signed on 9th December, 1996 for the avoidance of double taxation and for the prevention of fiscal evasion with respect to taxes on income.
Features of Protocol
i. The Protocol provides internationally accepted standards for effective exchange of information on tax matters. The information received from Kazakhstan for tax purposes can be shared with other law enforcement agencies with authorisation of the competent authority of Kazakhstan and vice versa.
ii .The Protocol has a Limitation of Benefits Article, to provide a main purpose test to prevent misuse of the DTAC and to allow application of domestic law and measures against tax avoidance or evasion.
iii. The Protocol includes specific provisions to facilitate relieving of economic double taxation in transfer pricing cases.
iv. The Protocol inserts service PE provisions with a threshold and also provides that the profits to be attributed to PE will be determined on the basis of apportionment of total profits of the enterprise. 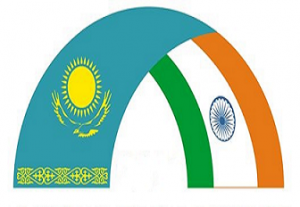 2017 Island Tourism Festival Begins in Andaman & Nicobar Island
i. The 2017 Island Tourism Festival began at Port Blair in Andaman and Nicobar Islands on January 6, 2017. The 10-Day Event was inaugurated by the Lieutenant Governor of Island, Jagdish Mukhi at the ITF Ground.
ii. The event will experience performances by the cultural troupes from mainland India to help the Islanders renew their cultural ties with mainland. The troupes from both India and Island will also perform in outer Islands apart from South Andaman.
iii. Besides the major attractions of the festivals including food courts, fun games, handicrafts etc. other events would include a performance by International Cultural Group from Khazkhistan, besides, a band of artists from mainland will perform during the festival at North and Middle Andaman and also at Nicobar Group of Islands, besides South Andaman.

speed railway in China. China has already built more than 20,000 km of high-speed rail lines and the government plans to increase it to 45,000 km by 2030.
China
♦ Capital: Beijing
♦ Currency: Renminbi
♦ President: Xi Jinping

16th Financial Stability and Development Council Meeting Held in New Delhi
i. The 16th edition of the Financial Stability and Development Council (FSDC) meeting was held on January 5, 2017 in New Delhi under the Chairmanship of the Union Finance Minister Arun Jaitley.
ii. Aim: The FSDC meeting was held to discuss about the obstacles faced by the economy and to bring out the solution to tackle them. Besides, it also aimed at bringing new suggestions and outcomes in order to benefit the upcoming Budget 2017-18.
iii. While chairing the meeting, the Union Finance Minister, Arun Jaitley emphasized the significance of demonetization decision saying that the government’s measures to eliminate the shadow economy and tax evasion are expected to have a positive impact both on GDP and on fiscal consolidation in the long run.
iv. Financial regulators gave suggestions to promote financial stability and also discussed the measures and initiatives to establish and promote the financial stability. Also, the regulators offered their suggestions for the upcoming Budget for 2017-18, which were discussed by the Council.

Droom Partners with Axis Bank for quick sanction of loans
i. Online automobile marketplace Droom has tied up with Axis Bank to provide quick sanction of loans on both new as well as used cars.
ii. Loans will be provided for up to 85% of the value of the car with a tenure of 1-5 years.
iii. Furthermore, loans on Used Cars can be availed on vehicles upto the age of 10 years.

Government impose anti-dumping duty on Jute from Bangladesh, Nepal
i. The Government on January 5, 2017, imposed an anti-dumping duty ranging from USD 6.30 to USD 351.72 per tonne on imports of jute and its products from Bangladesh and Nepal for five years.
ii. The revenue department after considering the findings of the Directorate General of Anti-Dumping and Allied Duties (DGAD) imposed the anti-dumping duty in order to protect the domestic industry. According to DGAD, Performance of domestic industry has deteriorated in the terms of profitability, return on investments and cash flow and domestic industry is also facing injury due to dumped imports.
iii. The import restrictive levy has been imposed on jute yarn, twine, Hessian fabric and jute sacking bags in all forms and specifications.
iv. An anti-dumping duty is a protectionist tariff that a domestic government imposes on foreign imports that are priced below fair market value. In simple terms, a penalty imposed on suspiciously low-priced imports, to increase their price in the domestic country so as to protect local industry from unfair competition.

30 Indian-Origin Men & Women Inducted into 2017 Forbes’ Super Achievers List
i. The 2017 edition of the Forbes’ list of super achievers under the age of 30 features about 30 Indian-Origin Innovators, Entrepreneurs and Leaders who made outstanding 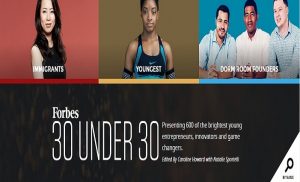 Indian Skipper Virat Kohli Named Captain for all Three Formats
i. Indian Skipper, Virat Kohli was officially named as the Indian Cricket Team’s New Captain for all the three formats on January 6, 2017 at Mumbai.
ii. Virat takes over from India’s most successful ODI captain MS Dhoni who resigned from his roleon 5 january 2017. Virat took over the Test team captaincy from Dhoni full-time in January 2015 after the Dhoni retired from Test cricket at Melbourne in December 2014.
iii. The daring batsman, Kohli, who has presided over an 18-match unbeaten run as Test captain, will first lead India in three one-day internationals starting from January 15 before the sides play three Twenty20 matches. 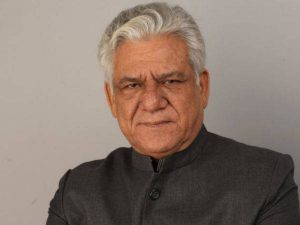 i. Veteran actor Om Puri passed passes away at 66 after cardiac arrest
ii. Mr.Puri has appeared in mainstream Bollywood cinema as well as Pakistani and British films.
iii. He has received an Order of the British Empire(OBE) as well as Padma Shri, the fourth highest civilian award of India.