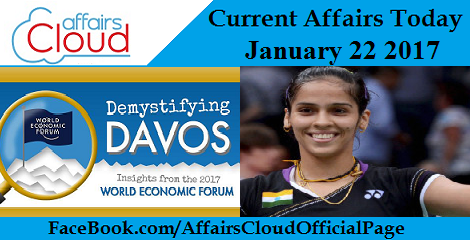 Himachal Pradesh Found Best State in Learning Outcomes by ASER
i. According to the 2016 Annual Status of Education Report (ASER), developed by a non-governmental organisation, Pratham, Himachal Pradesh was found to be best performing state in India on the education front as compared to the rest of the states.
ii. Himachal Pradesh had the highest reading and mathematics learning levels, surpassing even Kerala which is regarded as the most literate state of India.
iii. As per the report the enrolment rate of students in the age group 6-14 in Himachal Pradesh was 99.8 percent and the state secured first rank in achieving learning outcomes in basic reading and mathematics across the country.

Bihar Forms 11,292 km Human Chain to Eliminate Alcohol
i. Bihar formed the world’s largest human chain in the state on January 21, 2017 by holding hands of each other in order to express unity and support towards liquor ban.
ii. The human chain was about 11,292 km comprising of two crore citizens.
iii. The 45-minute-long human chain formation was inaugurated at the historic Gandhi 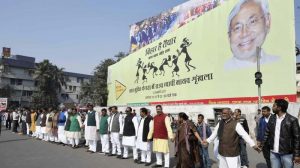 Maidan by Chief Minister Nitish Kumar by holding the hand of RJD supremo Lalu Prasad Yadav on one side and state Legislative Assembly Speaker Vijay Kumar Chaudhary on the other.
iv. The CM, Lalu Prasad and other leaders stood in lines to form a map of Bihar. A picture of liquor bottle with a cross sign was drawn in the middle of this map to give the message against alcohol.
v. Besides, BIHAR was written in dark black color in the middle of the map so that ISRO sattelite, drones and helicopters could capture the clear picture of the event.
vi. This human chain is considered to be the world’s largest. The previous record is of 1050 km long human chain that was formed in Bangladesh in 2004.

Special Task Force for Women Safety in Delhi Reconstituted
i. A special task force (STF) for women safety has been reconstituted under the Chairmanship of Lieutenant Governor (L-G) Anil Baijal to review the decisions taken by the Delhi Police and other departments regarding women’s safety on January 20, 2017.
ii. The 11-member STF will have Delhi Chief Secretary, Delhi Police Commissioner, DCW chief, and Principal Secretary, Home Department (Delhi) among others as its members. The force will conduct a meeting every 15 days.
iii. The decision regarding reconstitution of the force was taken after a notice issued by the High Court to the L-G on a petition by Delhi Commission for Women (DCW) chief Swati Maliwal seeking response as to whether any committee on women’s safety was in place or not.
iv. The task force was established in 2013 following the December 16, 2012 Nirbhaya Gangrape. It was disbanded in 2016.

Three-Day Arogya Mitra Conference Begins in Silchar, Assam
i. Assam State Governor Banwarilal Purohit inaugurated the Arogya Mitra conference on January 21, 2017 at Silchar. The three day conference has been organised by the south Assam zone of the NGO, Keshab Smarak Sanskriti Surabhi at the campus of Veterinary College, Ghungoor.
ii. Aim of the Conference
1.Make available minimum free medical services to the people of isolated and backward places.
2.Make people conscious of their health.
3.Provide special training to the workers, extend social services.
4.Arrange health check up camps.
iii. Aarogya Mitra Seva Kendra have been set up in 701 places to achieve the objective. The conference would see participation by over 1000 people from Barak Valley and adjoining areas.

Centre Foms Committee to Frame Rules for Implementation of RPD Act
i. A committee has been constituted by the Centre on January 22, 2017 to frame uniform rules for the states to avoid delay in proper implementation of the Rights of Persons with Disabilities (RPD) Act across the country.
ii. The Committee will be headed by Secretary from Department of Empowerment of Persons with Disabilities (DEPwD). It will also comprise of representatives from Ministry of Health, Department of Personnel and Training, Labour, Legislative Department, and representatives from NGOs.
iii. Besides, it will also have Principal Secretary/Secretary, Social Welfare Department from Gujarat, Karnataka, Odisha, Madhya Pradesh, Assam and Uttar Pradesh.
iv. The committee has to submit its report within three months. The Ministry plans to notify the rules on April 14, 2017, the birth anniversary of B R Ambedkar.

i. Prime Minister Narendra Modi has arrived in Dehradun to inaugurate the Combined Commanders Conference.
ii. The Prime Minister reached the Indian Military Academy (IMA) campus from the Jolly Grant airport in a special Indian Air Force (IAF) chopper.
iii. The military conference is being attended by the defense minister Manohar Parrikar.

Russian Railways help India to increase the speed of train to 200km
i. India’s passenger train speed will be increased to 200 km per hour with the help of Russian Railways and budget of the high speed train will be shared between the two countries in the ratio 50:50
ii. Russian Railways is at present collaborating with Indian Railways on a 575-km stretch between Nagpur and Secunderabad.
iii. The fastest train in India is Gatimaan Express with the speed of 160 km per hour.
Russia :
♦ Capital: Moscow
♦ Currency: Russian ruble
♦ President: Vladimir Putin 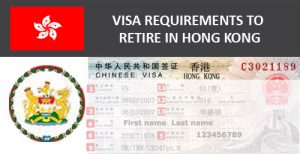 Kong effective from January 23, 2017.
ii. From now, the Indian nationals must apply for and successfully complete pre-arrival registration online before they can visit or transit the HKSAR visa-free.
iii. However for those Indians who are travelling in direct transit by air via Hong Kong and not leaving the Hong Kong airport transit area would not require pre-arrival registration.
vi. The Pre-Arrival Registration is valid for a six-month period or until the expiry date of the Indian passport linked to it, whichever is earlier.
v. Indians were till now permitted by Hong Kong to enter with valid passport for a period up to 14 days without a visa. But the facility has been withdrawn since the number of Indian asylum seekers was on the rise for business, trade and holiday purpose.

Kwality Ltd Signs MoU with Bank of Baroda for Rs 4000 Cr Loan to Farmers
i. Mumbai based dairy firm Kwality Ltd has signed an MoU with Bank of Baroda on January 20, 2017 to provide Rs. 4000 crore loans to one lakh farmers out of the established networks from whom the company procures milk.
ii. The MoU aims to provide financial assistance to improve socio-economic lives of farmers and encourage them towards digitisation.
iii.  Kwality has a network of about 3.25 lakh across about 4,500 villages in largest milk producing states of Uttar Pradesh, Haryana and Rajasthan. The remaining farmers would be covered in subsequent phases over a period of time.
iv. The funds will be available at preferential rate and will be utilised mainly for purchasing of milching animals, smartphone and two wheelers.

Punjab National Bank Launches Contactless Credit Card
i. Punjab National Bank (PNB) has launched a Contactless Credit Card named PNB Wave N Pay on January 21, 2017 in New Delhi to further enhance its digitalization initiative.
ii. The new card was launched by the Managing Director & Chief Executive Officer of PNB, Usha Ananthasubramanian and is developed on Visa Platinum platform.
iii. The customers simply need to waive the card across the terminal to complete the transaction process, without the need to enter any PIN number for transactions up to Rs 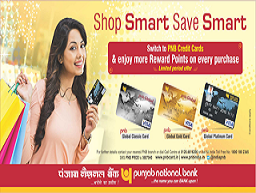 2,000. In case of any fraud or misuse, the customer is entitled to get full refund.
Punjab National Bank (PNB)
♦ Headquarters: New Delhi
♦ CEO: Usha Ananthasubramanian
♦ Founded: 19 May 1894
♦ Slogan: The Name you can Bank Upon

Over 3.5 lakh People Sing National Anthem to Create World Record in Gujarat
i. Over 3.5 lakh people in Gujarat created a world record on January 21, 2017 by singing 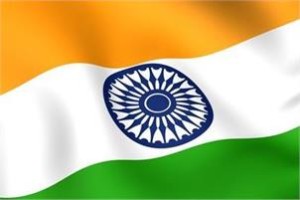 the National Anthem at an event of installation of idol of goddess Khodiyar at a newly-built Khodal Dham temple in Kagvad town in Rajkot district.
ii. During the 5-day installation ceremony which began on January 17, 2017, over 50 lakh devotees were estimated to have visited the temple. Goddess Khodiyar is particularly revered by the Leuva Patel community.
iii. The temple has been built at the cost of Rs. 60 crore. Observers from Guinness World Records were present to monitor the event.
iv. Earlier, similar record was made by 2,54,537 people who sung the national anthem in Bangladesh in 2014.

CCI Approves Merging MakeMyTrip with ibibo Group
i. The Competition Commission of India (CCI) on January 20, 2017 approved the proposed merger of online travel firm MakeMyTrip’s Indian travel business with rival Ibibo Group. The closing of the transaction is expected to be around January 31, 2017. 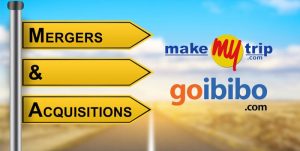 ii. The deal for merging the two online travel booking firms was first announced in October 2016 and the transaction was expected to be closed by the end of December 2016.
iii. Under the deal, MakeMyTrip will own the business of Ibibo Group including goibibo, redBus, Ryde and Rightstay. The two companies together processed 34.1 million transactions during the financial year 2016.
iv. With the deal Ibibo’s owners, Naspers and Tencent will own 40% stake in the merged entity and will have 10 directors. 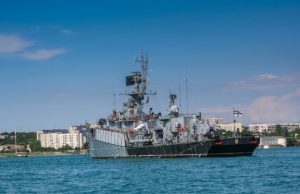 has become the world’s largest fleet of modern corvettes.
iii. The CNS Ezhou with a hull number of 513 was delivered to the East Sea Fleet in a naval base in East China’s Fujian province on January 18, 2017. It is 89 meters long and 11 m wide and has a full displacement of 1,254 metric tons.
iv. With a maximum speed of 52 km/h, the ship is installed with a high-level of automation and stealth capability, and is capable of hitting aircraft, ships and submarines. The ship has been deployed to perform coastal patrol, fishery escort, anti-submarine and anti-ship operations.
v. It is the second ship that has been commissioned to the PLA Navy since the start of 2017. Earlier CNS Kaiyangxing, a Type—815A class electronic reconnaissance ship was commissioned which now belongs to the North Sea Fleet.

Indian Scientists Deploys Plasma to Heal Human & Earth
i. Indian scientists at the Institute for Plasma Research (IPR), lying between Sabarmati River in Gandhinagar and Amul Diary have taken steps to make use of plasma for healing not only humans but also the earth.
ii. Plasma is a unique state of matter (other than solid, liquid and gas) in which charged ions are bound in gaseous form but since the whole mass is charged they behave uniquely unlike any other known form of matter.
iii. The most intense and dense state of plasma is the Sun. When hot gasses stripped of electrons are bound together in an exceptional state then one of the consequences of that giant ball of plasma is the release of solar energy that literally powers life on Earth.
iv. This study states that plasma has a life giving property. Mostly plasmas are formed at very high temperatures but scientists can generate them at low temperature as well.
v. Cool plasma can be used to cure human fungal infections. Besides, it is also used to treat a type of very warm wool called Angoora that produces some of the warmest woollen clothing.
vi. In addition, high temperature plasmas are also being used to destroy toxic and organic waste from hospitals, thus helping heal the Earth. 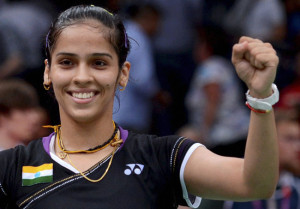 Urdu poet, lyricist Naqsh Lyallpuri dies at 88
i. Renowned Urdu poet and lyricist Naqsh Lyallpuri died. He was 88.
ii. He wrote lyrics in films like “Chetna”, which was his first big break, followed by “Aahista Aahista”, “Tumhare Liye”, “Gharonda” among others.
iii. He also wrote lyrics for the 2005 “Taj Mahal- An eternal love story” and “Yaatra” in 2006, whose music was composed by Naushad and Khayyam respectively.