We are here for you to provide the important current affairs January 11 2018 which have unique updates of all daily events from all newspapers such as The Hindu, The Economic Times, PIB, Times of India, India Today, Indian Express, Business Standard, all Government official websites. Our complete current affairs helps you to get more marks in Banking, insurance, UPSC, SSC, CLAT, Railway and all other competitive Exams. Governors’ committee submits report to President Kovind
On January 10, 2018, Committee of Governors submitted a report, titled ‘Rajyapal —Vikas Ke Rajdoot: Catalytic Role of Governors as Agents for Change in Society’ to President Ram Nath Kovind.
i. The report outlines best practices that have been adopted by offices of Governors, issues and an action-outcome framework to deal with them.
ii. The report suggests that governors should play a mentoring role in overall implementation of developmental schemes in their respective states…………………………………………..Click here to Read more

Ministry of Road Transport & Highways signs MoU with Transport for London
On January 10, 2018, Union Ministry of Road Transport and Highways signed a memorandum of understanding (MoU) with ‘Transport for London’ (TFL) in New Delhi.
Details about Ministry of Road Transport & Highways – Transport for London (TFL) MoU:
i. Under this MoU, expertise of TFL will be used to revamp the public transport system in India.
ii. TFL is a statutory agency that manages the transport system for Greater London. It has been responsible for creating a strong and dependable public transport system in the city.
iii. The MoU will focus on capacity augmentation, improving customer services, conducting scientific data analysis, promoting digital transactions in ticketing and implementing effective IT systems in Indian transport sector.
iv. Emphasis will also be laid on use of electric vehicles in public transport and adopting public-private partnership (PPP) models for operations. Water ATM project in West Bengal:
i. Water ATMs are being set up in the city and suburbs of West Bengal. The machines are made in Germany.
ii. Pilot projects have been launched in some parts of Kolkata already. Nearly 50 water ATMs are to be set up in Kolkata.
iii. Mainly, schools and hospitals will be covered under this project. This project is carried out with the help of Japan International Cooperation Agency, the Asian Development Bank and the World Bank.
iv. Subrata Mukherjee said that, if anyone proves the presence of harmful bacteria in any of the water ATMs, they will be handed Rs 2 lakh.
About Asian Development Bank (ADB):
♦ President – Takehiko Nakao
♦ Headquarters – Metro Manila, Philippines Sanitary napkin Vending Machine at Bhopal Railway Station:
i. This machine has been named ‘Happy Nari’.
ii. It was installed by the Railway Women Welfare Association of Bhopal division with help from a local NGO ‘Arushi’.
iii. Women passengers can get two napkin for just in Rs. 5 from this machine.
iv. The machine has a capacity of storing 75 sanitary napkins at once. It will be refilled by a female staff attendant at the waiting room.
v. Total cost of setting up the machine (including monitoring staff’s compensation and sanitary napkins) was only Rs. 20,000.

India misses 2017 deadline for Kala Azar elimination
Finance Minister Arun Jaitley while presenting the General Budget 2017-18 said that the Government has prepared an action plan to eliminate Kala-Azar by 2017.
Kala-Azar Elimination:
i. Kala-azar also known as black fever, and Dumdum fever is a slow progressing indigenous disease caused by a single-celled parasite of the Leishmania family.
ii. India has not only missed Kala–Azar elimination deadline announced by Finance Minister, but Kala- Azar endemic blocks have increased from 61 to 68 in 17 districts of Bihar and Jharkhand.
iii. However, according to Dr P K Sen of the National Vector Borne Disease Control Programme (NVBDCP), active case findings rather than an actual increase in the disease is the reason for increase in number of endemic blocks.
iv. Elimination in this context is defined as reducing the annual incidence of Kala Azar (KA) to less than 1 case per 10000 people at the sub-district level.
v. Health Ministry officials are of the view that pending construction of concrete houses since 2001-02, was the primary reason behind the failure to control this disease. Details about 4th International Dharma Dhamma conference:
i. This conference has been organised by Nalanda University, in collaboration with the India Foundation, Centre for Study of Religion and Society, Vietnam Buddhist University and Union Ministry of External Affairs.
ii. It is a part of the commemorative events to celebrate the Silver Jubilee year of ASEAN-India Dialogue Partnership.
iii. Other dignitaries who will attend this three-day event include Bihar Chief Minister Nitish Kumar, Bihar Governor Satya Pal Malik, Kingdom of Thailand’s Minister for Culture, Vira Rojpojchanarat and Sri Lankan Minister of Foreign Affairs and Development Assignments Tilak Marapana
iv. The conference will conclude on January 13, 2018.

5th Bilateral Meeting between India and Malaysia held in New Delhi
On 10th January 2018, the 5th Bilateral Technical Meeting on cooperation in the field of Traditional Systems of Medicine between Government of India and Malaysia was conducted at New Delhi.
5th Bilateral Meeting between India and Malaysia:
i. 5th Bilateral Meeting between India and Malaysia was presided by Pramod Kumar Pathak, Joint Secretary, Ministry of AYUSH, India and Deputy Director General Health (Medical), Ministry of Health from Malaysia.
ii. The following topics were discussed in the meeting:
1.Setting up of Ayurveda Chair in University of UTAR, Malaysia
2.Professional training for Malaysian experts in Panchakarma therapy, in India
3.Evaluation of safety and effectiveness of combination of Ayurvedic and traditional products
4.Safety evaluation of Ayurvedic products through Good Laboratory Practices (GLP)
5.Bilateral MoU between National Medicinal Plants Board (NMPB), Ministry of AYUSH and Malaysia for cooperation in the field of medicinal plants
6.Registration of Homeopathic Practitioners in Malaysia
About National Medicinal Plants Board (NMPB):
♦ CEO – Shomita Biswas
♦ Finance & Administrative Officer – Ashok Kumar

UN Environment, WHO to jointly curb environmental health risks
On January 10, 2018, United Nations Environment Programme (UNEP) and World Health Organisation (WHO) agreed to collaborate for accelerating action to curb environmental health risks.
Details about UNEP-WHO Collaboration:
i. The agreement was signed between Erik Solheim, head of UNEP and Tedros Adhanom Ghebreyesus, Director General of WHO.
ii. It is to be noted that environmental health risks cause an estimated 12 million deaths every year, mostly in developing countries of Africa, Asia and Latin America.
iii. As per the agreement, both the entities will put joint efforts for combating air pollution, improve coordination on waste and chemicals management, addressing problems of climate change and anti-microbial resistance, improving water quality and issues related to food and nutrition.
Quick Facts about UNEP & WHO: 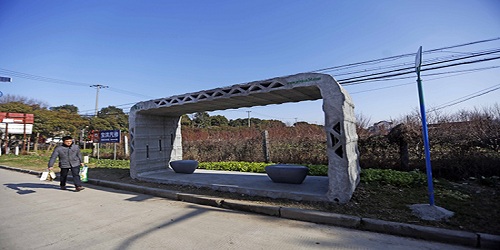 World’s first 3D printed bus stops in Shanghai:
i. The bus stops have a closed loop design, accommodating two-round stools inside the structure. The outer portion is a grey coloured rectangle frame.
ii. The original print marks are still visible for visitors to see how the structure was fabricated layer-by-layer.
iii. The grey coloured raw materials are eco-friendly. They are made of recycled materials from demolished buildings.
Some tallest buildings of the world:
♦ Burj Khalifa – Dubai
♦ Shanghai Tower – Shanghai
♦ Abraj Al-Bait Clock Tower – Mecca
♦ Ping An Finance Centre – Shenzhen 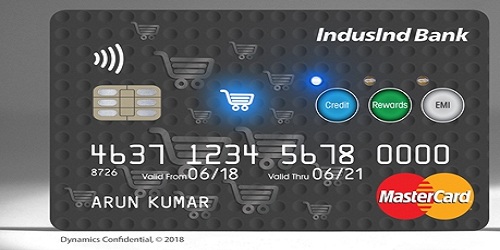 i. Dynamics Inc, is a Pennsylvania-based company which designs and manufactures intelligent, battery-powered payment cards.
ii. The new IndusInd bank card will have multiple buttons which will allow  consumers to pay in multiple ways viz. through credit points or monthly instalments. Each selected option will activate a different colour light.
iii. IndusInd Bank has stated that introduction of these cards will not require any changes in existing payment infrastructure or merchant systems.
Quick Facts about IndusInd Bank:
♦ Founded in – 1994
♦ Headquarters – Mumbai, Maharashtra
♦ Current CEO – Romesh Sobti

Government divests 2.52 % of paid-up capital in NMDC
Central Government has successfully divested 2.52 % of paid-up capital in National Mineral Development Corporation (NMDC) for an amount of Rs. 1200 crore (approx).
Details pertaining to Divestment in NMDC:
i. Rs. 980.05 crore has been raised from non-retail investors while Rs. 232 crore (approx.) from retail investor through Offer for sale (OFS) mechanism.
ii. Floor price for this divestment was set at Rs.153.50 per share. However, retail investors were offered a discount of 5% on the cut off price.
iii. Retail portion was over-subscribed by 439.64% while the overall issue got over-subscribed by three times.
iv. The issue also received positive response from foreign investors, Domestic institutional investors and mutual funds.
v. Post this divestment, Government of India’s shareholding in NMDC has dropped down to 72.42% from 74.94%.
Quick Facts about NMDC:
♦ Founded in – 1958
♦ Headquarters – Hyderabad, Telangana
♦ Under Administrative control of – Union Ministry of Steel 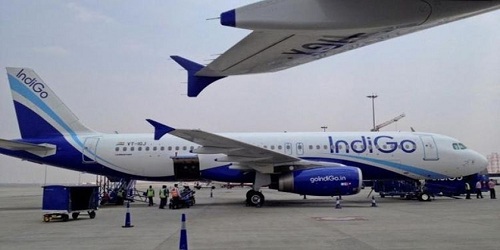 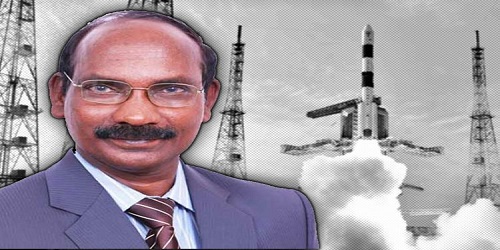 About Dr. Sivan K:
i. Appointments Committee of the Cabinet has approved Sivan K’s appointment as secretary, Department of Space and Chairman of Space Commission for a tenure of three years.
ii. According to bio data of Sivan K, he graduated from Madras Institute of Technology in aeronautical engineering in year 1980. In 1982 he completed Master of Engineering in Aerospace engineering from Indian Institute of Science (IISc), Bangalore.
iii. He joined ISRO in 1982. Since then, he has played instrumental role in mission design, end to end mission planning, mission integration and analysis.
iv. During the course of his career, he has received numerous awards including Shri Hari Om Ashram Prerit Dr Vikram Sarabhai Research award.
v. Mr. Sivan K is currently the Director of the Vikram Sarabhai Space Centre. He will succeed A S Kiran Kumar as the Chairman of ISRO. Mr. Kumar was appointed in January 2015.
Quick Facts about ISRO:
♦ Established in – 1969
♦ Headquarters – Bengaluru, Karnataka 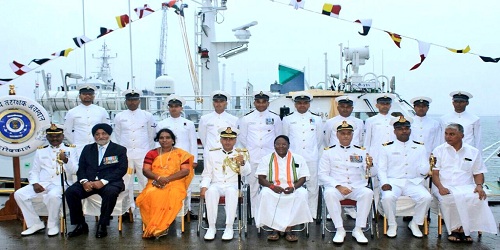 SFOORTI App:
i. The SFOORTI App enables freight managers to monitor and manage freight business through GIS Views and Dashboard.
ii. Using this app, both passenger and freight trains can be tracked using Geographic Information System (GIS).
iii. This will also help to analyse new traffic captured and traffic lost. It will give a Bird’s eye view of all Freight Assets in a single window.
iv. A Freight Operation Information System (FOIS) Map View has been developed as a Geographic Information System (GIS) based monitoring and management tool.
v. The FOIS Map provides layered views of freight trains on Indian Railways network. This will help to plan the traffic flows and optimize freight operations.
About Indian Railways:
♦ Minister of Railways – Piyush Goyal
♦ Headquarters – New Delhi 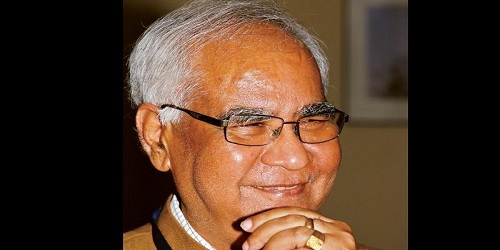 Death of Baldev Raj:
i.  Baldev Raj was serving as the Director of National Institute of Advanced Studies (NIAS), Bengaluru, since 2014.
ii. He is also a nuclear physicist and professor. He has written nearly 1,000 academic papers in peer reviewed journals. He has also authored more than 70 books.
iii .He had been honoured with nearly 100 awards and assignments in more than 30 countries.
About National Institute of Advanced Studies (NIAS):
♦ Focus – interdisciplinary and multidisciplinary research in natural sciences, social sciences, arts and humanities
♦ Founder – J. R. D. Tata 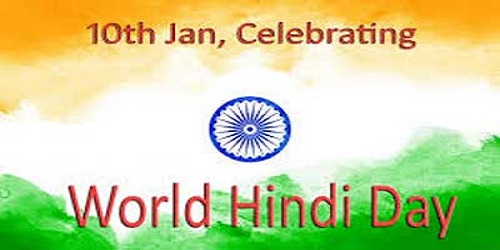