These cities has been chosen by the National Mission for Clean Ganga where the programme will be established in the first phase for infrastructure development for sewage treatment on hybrid annuity mode on public private partnership basis. Nagaland government to grant 33% reservation to women in Urban Local Bodies
i. Nagaland has announced the decision to conducts polls to Urban Local Bodies (ULB) by granting 33% women reservation. It was announced by the chief Minister TR Zeliang on the state level Watershed Conference held in Kohima.
ii. The Cabinet decision comes to conduct election to the municipalities without consulting the civil societies.
iii. In Nagaland ULBs Elections have been pending for several years as the tenure of the first municipal bodies came to an end between December 2009 and March 2010. The dates for conducting the elections would be announced soon the statement clarified.

Nadda inaugurates AMRIT outlet at Safdarjung hospital
Union Health Minister J P Nadda inaugurated the Affordable Medicines and Reliable Implants for Treatment (AMRIT) outlet at Safdarjung Hospital in New Delhi. It is the tenth AMRIT outlet centre.
♦ The country’s first AMRIT outlet opened at the All India Institute of Medical Sciences (AIIMS).
What is AMRIT ?
i. AMRIT pharmacy will sell drugs for some diseases at a discounted rates.
ii. It would be selling 202 cancer and 186 cardio-vascular drugs, and 148 types of cardiac implants.

Second Counter-Terrorism Financing Summit 2016 & International Meeting on Counter Terrorism held in Indonesia
i. The four day long Counter-Terrorism Financing (CTF) Summit 2016 conducted in Bali, Indonesia with cream of experts to collectively develop regional solutions to critical terrorism financing issues and risks.
ii. The summit delivered real outcomes on terrorism financing that AUSTRAC and PPATK have developed jointly with Malaysia, the Philippines, Singapore and Thailand. This is first of its kind meeting being hosted by Indonesia.
iii. From India side it was represented by the Minister of State for Home Affairs Kiren Rijiju Where he had discussed with Mr. Wiranto, Minister for Political, Security and Legal Tomorrow’s India Global Summit to be held in Seoul
i. Global Social India Foundation announced that it is set to host the Tomorrow’s India Global Summit, for the proposal the Embassy of India in the Republic of Korea has offered its support during the five-day event in Seoul from September 25-29.
ii. The summit will focus on developing international collaborations and tie-ups between both the countries in the fields of business, education and culture, its debut edition was held in Singapore.
iii. The summit is to showcase India’s prowess across the world and act as a catalyst for forging ties in the fields of business, knowledge and culture, and will feature panel sessions, company showcase, industry tours, university visits, and several networking opportunities.
iv. The second edition of the bi­annual event is being organized by Global Social (India) Foundation, a New Delhi based non­profit organisation. 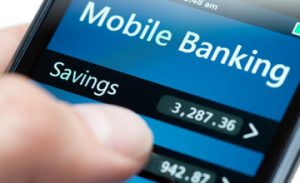 i. National Payments Corporation of India (NPCI) ties up with Union Bank of India to launch an USSD based *99# mobile application for their customers.
ii. USSD (Unstructured Supplementary Service Data) is a GSM based technology that is used to send text between a mobile phone and an application program in the network.
*99# Mobile App
♦ The App does not require data/ internet as USSD is fast in doing transactions. It is available in multiple language (in 10 languages.)
♦ The app comes various features like banking transactions like checking account balance, send money, MPIN management.
♦ The App also provides Value Added Services like checking Aadhaar linked Overdraft status and PMJDY account Overdraft status.

IRDAI Slaps Rs 35 Lakh Fine On Bharti AXA General Insurance
Hyderabad based Insurance Regulatory and Development Authority(IRDAI) has imposed Rs 35 lakh fine on Bharti Axa General Insurance Co Ltd for violation related with an inspection finding during December 2012 to March 2013.
i. In addition to that penalty of Rs 5 lakh each was imposed for violating file & use policy and protection of policy holders interest.
ii. Rs 35 lakh will be forward to IRDAI from shareholders’ account of the general insurer within a period of 15 days from the date of receipt of this Order
IRDAI :
♦ Chairman ‎: ‎T.S. Vijayan
♦ HQ‎: ‎Hyderabad, Telangana
♦ ‘Bima Bemisaal’ is the brand name for IRDA’s insurance awareness campaign
Bharti AXA General Insurance :
♦ CEO: Deepak Iyer
♦ HQ : Bangalore, Karnataka

NASSCOM launches startup warehouse in Visakhapatnam
The first National Association of Software and Services (Nasscom) warehouse has launched at Rushikonda, Visakhapatnam. It is the 9th warehouse of NASSCOM.
i. It will provide affordable co-working space with incubation for 6 months.
ii. It will create wonderful opportunities in emerging markets and boost entrepreneurship
Visakhapatnam:
♦ Visakhapatnam is also known as ‘The Jewel of the East Coast’
♦ Visakhapatnam Port is one of 13 major ports in India and the only major port of Andhra Pradesh. It is India’s second largest port by volume of cargo handled
♦ Kambalakonda Wildlife Sanctuary, Indira Gandhi Zoological Park are located in Visakhapatnam.

Novel drug compound inhibiting skin cancer discovered: NCCS Study
i. A team of Scientists form the Pune-based National Centre for Cell Science (NCCS) have succeeded in isolating cancer stem cells that cause skin cancer. The study results were published in the Journal of Investigative Dermatology.
ii. The team isolated Andrographolide and purified from herb (Andrographis paniculata) that is found to be effective in preventing tumor growth both skin cancer and lung metastasis in mice.
iii. Multiple markers helped for the isolation of cancer stem cells in mice and human-specific skin cancer cells including CD133 positive cells which exhibit stem cell properties in various cancers.
iv. The scientists also used Andrographolide to figure out the effectiveness of the drug candidate in several trials, in inhibiting tumour development.

SC lifts ban on registration of High-end Diesel cars and SUVs having engine capacity of 2000 cc and above
i. Supreme Court(SC) allowed the sale of diesel cars and SUVs with engine capacity of 2,000cc or more in Delhi and the national capital region (NCR) on payment of 1% ex-showroom cost as environment levy.
ii. SC ordered the Central Pollution Control Board to open an account in Public Sector Banks(PSBs) to receive green levy from big diesel car and SUV makers
iii. It will also decide whether the rate of green levy on big diesel cars be more than 1% of ex-showroom cost of the vehicle.
About Central Pollution Control Board (CPCB):
♦ The Central Pollution Control Board (CPCB) of India is a statutory organisation under the Ministry of Environment, Forest and Climate Change (MoEF&CC).
♦ It was established in 1974 under the Water (Prevention and Control of pollution) Act, 1974 i. Qatar’s seed Abdulla Mohd Al Tamimi and Indian squash queen Dipika Pallikal are the 2016 Australian Open, Men’s and Women’s crowned champions after they won the title clashes at the Melbourne Sports & Aquatic Centre in Australia.
ii. The Qatar seed defeated New Zealand’s Campbell Grayson in the final match, while In the Women’s event, Pallikal Karthik came up against Egyptian teenager Mayar Hany.
iii. It was Dipika’s career’s 11th PSA title at the $15, 000 Australian Open in Melbourne. It wasn’t any easy matter as the top seed had to show her brilliant elasticity to attain 10-12, 11-5, 11-6, 11-4 victory over the eighth-seeded Mayar Hany of Egypt.
iv. This is the first PSA title for Dipika also she last won the Winnipeg Winter Open in Canada last February.

Pakistan’s Legendary batsman Hanif Mohammad dies at 81
i. Hanif Mohammad, Legendary former Pakistan batsman died at the age of 81 after a battle against cancer and respiratory problems.
ii. He was dubbed ‘the Little Master’ years before the sobriquet was given to India’s Sachin Tendulkar.
iii. Hanif scored 337 runs against the West Indies in 1958, which was also the first triple century by an Asian cricketer, and at the time the longest innings by any batsman in terms of time spent at the wicket.

Organ Donation Day – Aug 13, 2016
Organ Donation Day is celebrated every year on 13th of August.
Objective :
To motivate normal human beings to donate the organs as well as to understand the value of organ donation in the life of an individual.
Highlights:
i. According to the report more than 5 lakhs of the Indians are dying every year because of the failure of their major functioning organs.
ii. Organs that can be transplanted are the heart, kidneys, liver, lungs, pancreas, intestine, and thymus. Tissues include bones, tendons, cornea, skin, heart valves, nerves and veins.