We are here for you to provide the important current affairs April 10 2018 which have unique updates of all daily events from all newspapers such as The Hindu, The Economic Times, PIB, Times of India, India Today, Indian Express, Business Standard, all Government official websites. Our complete current affairs helps you to get more marks in Banking, insurance, UPSC, SSC, CLAT, Railway and all other competitive Exams. 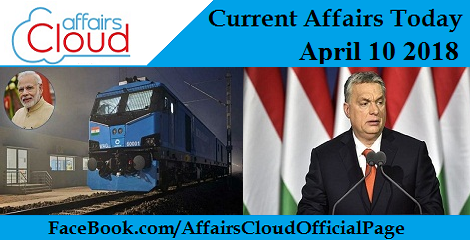 Details about India’s first 12000 horsepower electric locomotive:
i. This locomotive, which is so far India’s most powerful locomotive has been developed at Madhepura’s Electric Locomotive Factory and is the first big Make-in-India project completed by Alstom of France.
ii. It has a hauling capacity of 6000 tonnes and can attain maximum speed of 120 km/hr.
iii. Railway officials have confirmed that it will be used to transport coal and iron ore.
iv. Being 100% electric locomotive, it will not only bring down operating costs for the Indian Railways but will also cut down greenhouse gas emissions.
v. With the launch of this locomotive, India has joined the league of countries  – Russia, China, Germany and Sweden – that have successfully run 12000 horsepower and above capacity electric Locomotives.
About centenary celebrations of the Champaran Satyagraha:
i. PM Modi was in Bihar to attend the centenary celebrations of the Champaran Satyagraha as a part of “Chalo Champaran Campaign”.
ii. Theme of the centenary celebrations of the Champaran Satyagraha is “Satyagraha se Swachhagrah”. Highlights of “Scientific Convention on World Homoeopathy Day”:
i. The two-day convention has been organized by Union Ministry of AYUSH.
ii. The inaugural function was presided over by Minister of State (Independent Charge) for AYUSH Shripad Yesso.
iii. Nearly 1500 delegates including homoeopathic researchers, practitioners, scientists from allied sciences, industrialists, students as well as representatives of various homoeopathic associations will be attending this convention.
iv. The theme of this convention is “Innovate: Evolve; Progress: Exploring Science since 40 years”.
v. World Homeopathy Day is observed on April 10 every yeaer to commemorate the birth anniversary of the founder of Homoeopathy, Dr. Christian Friedrich Samuel Hahnemann.

Haryana Government launches Water ATM policy for urban areas
Haryana State Government has come up with Water ATM Policy to provide clean drinking water to people at public places.
Overview of Haryana Sta te Government’s Water ATM Policy:
i. Distance between two water ATMs within a city would be 400 metres, which could be adjusted according to convenience of people.
ii. Spots for installation of water ATMs will be identified by the municipalities. Installation would be done mostly at public places such as bus-stands, parks, railway stations, parking areas and markets.
iii. Post installation, functioning of Water ATMs would be looked after by the municipality itself or by an agency.
iv. This responsibility may also be handed over to a company willing to look after it as a part of its Corporate Social Responsibility initiative.
Quick Facts about Haryana:
♦ Capital – Chandigarh
♦ Current Governor – Kaptan Singh Solanki
♦ Current Chief Minister – Manohar Lal Khattar
♦ Important National Park – Sultanpur National Park 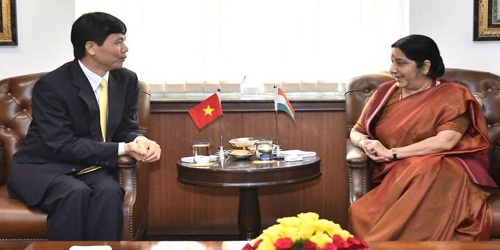 i. It is to be noted that in 2016, India and Vietnam formally upgraded their relationship status (from Strategic Partnership) to “comprehensive strategic partnership.
ii. India-Vietnam comprehensive strategic partnership focuses on bilateral trade and Defence cooperation.
iii. During 2018, so far, there have been two high-level visits to India from the Vietnamese side. Vietnam Prime Minister Nguyen Xuan Phuc was one of the chief guests for the Republic Day Parade on January 26, 2018, while Vietnam President Tran Dai Quang also paid a visit to India in March 2018.
Quick Facts about Vietnam:
♦ Capital – Hanoi
♦ Currency – Vietnamese Dong
♦ Current President – Tran Dai Quang
♦ Important Rivers – Red River, Perfume River

India, Bangladesh sign six MoUs including 129.5 km oil pipeline deal
On April 9, 2018, India and Bangladesh signed six pacts including one for the construction of a 129.5 km-long oil pipeline between Siliguri and Parbatipur.
Details about 6 MoUs signed between India and Bangladesh:
i. India-Bangladesh Friendship pipeline between Siliguri (on Indian side) & Parbatipur (on Bangladesh’s side) is aimed at transporting 1 million tonnes diesel per annum from India to Bangladesh.
ii.Other pacts include, an MoU on cooperation between Prasar Bharati and Bangladesh Betar, agreement between Department of Atomic Energy, India and Bangladesh Atomic Energy Commission and an MoU for setting up an Indian Council for Cultural Relations (ICCR) Urdu Chair in Dhaka University.
iii. Other two MoUs were pertaining to projects for setting up language labs in 500 schools in Bangladesh and upgrade different roads in Rangpur city.
iv. All these MoUs were signed during the course of India’s Foreign Secretary Vijay Gokhale’s visit to Dhaka, Bangladesh.
Quick Facts about Bangladesh:
♦ Capital – Dhaka
♦ Currency – Taka
♦ Current Prime Minister – Sheikh Hasina
♦ Neighbouring Countries – India, Myanmar

India, Peru to hold next round of FTA talks this week
Officials of Union Commerce Ministry are in Peru for the second round of negotiations for proposed free trade agreement (FTA) to boost two-way commerce between both the countries.
FTA between India and Peru:
i. Under FTA, the partner countries reduce or eliminate duties on most of the goods traded between them.
ii. Besides, related norms and rules are also eased to promote trade in services and increase bilateral investments.
iii. FTA with Peru, is part of India’s efforts to enhance its engagements with regions like Africa, South America and Central Asia in wake of uncertainties in its traditional markets, including the US and Europe.
iv.As per Federation of India Export Organisations (FIEO), Peru holds huge potential for exports and thus having an FTA with Peru would be beneficial for Indian exporters.
v. Motor vehicle, cars, iron and steel products, cotton yarn and fabrics are the main items exported from India to Peru, while imports from Peru include bulk minerals and ores, gold, fertilisers crude and zinc.
Quick Facts about Peru:
♦ Capital – Lima
♦ Currency – Sol
♦ Current President – Martin Vizcarra 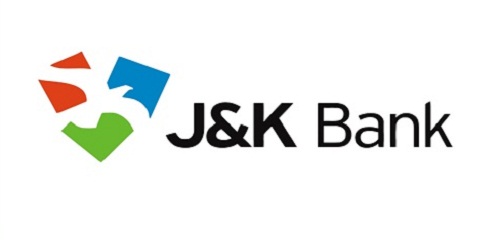 About J&K Bank’s ‘Add on Working Capital GST’ scheme:
i. This scheme was launched by J&K Finance Minister Syed Altaf Bukhari in the presence of Minister for Industry and Commerce Chander Parkash Ganga.
ii. By ensuring healthy cash flow, this scheme will provide relief to industrial units in J&K that are facing stressed liquidity position due to Goods and Services Tax regime.
iii. Under this scheme, revolving credit facility will be extended at most competitive rate of 9 per cent and that too with minimum documentation.
Quick Facts about J&K Bank:
♦ Founded in – 1938
♦ Headquarters – Srinagar, J&K
♦ Current Chairman & CEO – Parvez Ahmad
♦ Tagline – Serving To Empower Google Home, Home Mini in India:
i. Google Assistant-powered speakers will be available on Flipkart and in 750 retail stores in India.
ii. Google Home is priced at Rs 9,999 and Home Mini at Rs 4,499 in India. They were launched at Google’s I/O 2016 conference. This is the first time Google has launched its speakers in India.
iii.Google Home and Home Mini can be activated by saying ‘Ok Google’. Google Home works with Android TVs also and can be used to control Netflix.
iv. Google Home and Home Mini are offered with six months of ad-free music experience by Saavn and Gaana.
v. They will answer user’s questions like how long will it take to reach a place, horoscope, weather, etc.
vi. Google has tied up with NDTV, Times of India, Aaj Tak and Dainik Bhaskar in India for news content. Google Home can also be connected with Google Chromecast. It also works with Youtube.
About Google:
♦ CEO – Sundar Pichai
♦ Headquarters – California, U.S. Manu Bhaker – brand ambassador of Haryana’s Measles and Rubella (MR) vaccination campaign:
i. This campaign will be launched by Haryana Chief Minister Manohar Lal Khattar on 25th April 2018.
ii. Vaccination for around 85 lakh children aged between nine months and 15 years will be done in this campaign.
iii. This campaign will continue for 5-6 weeks. Decision regarding this was taken in a meeting of State Level Steering Committee for Measles Rubella Campaign chaired by Chief Secretary, D S Dhesi.
iv. As part of this campaign, immunisation will be done in 22,626 government and private schools, 25,771 Anganwadi centres, construction sites, brick kilns, poultry farms, other high risk zones and urban areas.
Some National Parks in Haryana:
♦ Sultanpur National Park
♦ Kalesar National Park

AIIMS professor Balram Bhargava appointed DG of ICMR
On 10th April 2018, Balram Bhargava was appointed the Director General of Indian Council of Medical Research (ICMR) and Secretary of the Department of Health Research.
Balram Bhargava – DG of ICMR:
i. Balram Bharagava is currently Professor/Senior Consultant Cardiologist at All India Institute of Medical Sciences (AIIMS). He has been appointed the DG of ICMR for a 3 year term or until 60 years of age, as per an order issued by the Personnel Ministry.
ii. Also, scientist Renu Swaroop has been appointed the Secretary of the Department of Biotechnology.
iii. Renu Swaroop is at present senior adviser in the Department of Biotechnology. She has been appointed as Secretary for a two year term or until 60 years of age.
About Indian Council of Medical Research (ICMR):
♦ Headquarters – Delhi
♦ Formed – 1911 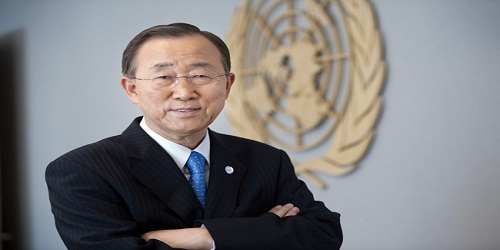 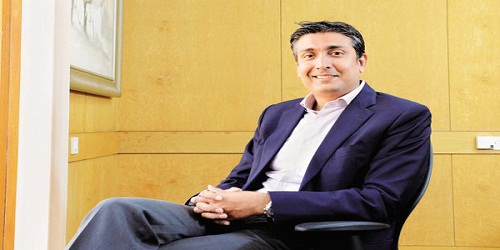 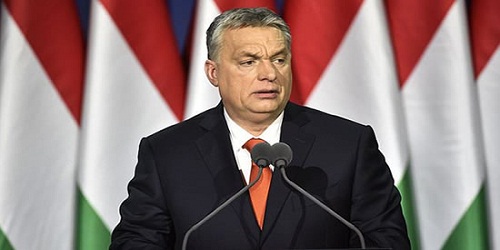 Earth’s bedrock: New source of global nitrogen discovered
A study by National Science Foundation (NSF)-funded researchers at the University of California (UC), Davis, states that more than a quarter of total available nitrogen is derived from the weathering of Earth’s bedrock.
Earth’s bedrock: New source of global nitrogen:
i. The results of this study has been published in the journal Science. The study says that, up to 26 % of the nitrogen in ecosystems is obatined from rocks, and remaining is obtained from atmosphere.
ii. This study states that rock weathering is a major source of nitrogen to soils and ecosystems worldwide. This research was co-funded by the Andrew W. Mellon Foundation.
Some dams in India:
♦ Tehri Dam – Bhagirathi River
♦ Lakhwar Dam – Yamuna River
♦ Idukki Dam – Periyar River

1200-year-old Buddha cliff carvings found in Tibet
Cliff carvings of Buddha that are 1,200 years old have been discovered in eastern Tibet.
1200-year-old Buddha cliff carvings found in Tibet:
i. The regional cultural relics protection research institute said that, the Cliff carvings of Buddha were found in Acur township in Chagyab County of the Qamdo City.
ii. The discoveries date back to the Tibetan Tubo Kingdom era. This era is said to be the most powerful period in Tibet’s history.
iii. The carvings are inscribed on cliffs that are around 10 metres in total. The carvings are said to be made in 9th century, based on their style.
Some important temples in India:
♦ Vaishno Devi Temple – Katra, Jammu & Kashmir
♦ Golden Temple – Amritsar, Punjab
♦ Tirupati Balaji (Tirumala Venkateswara Temple) – Chittor, Andhra Pradesh FC Goa Soccer Schools:
i. FC Goa is a professional football franchise. The FC Goa Soccer Schools programme will be launched on 20th April 2018.
ii. This programme is aimed at developing football in Goa and to provide opportunity to more children to play football.
iii. The schools will function from 20th April 2018 to 20th May 2018 (one month), for children from 8 to 14 years of age.
iv. FC Goa Head of Youth Development Derrick Pereira has developed a special coaching plan to develop the technical skills of children.
v. The programme will be conducted at two venues: one in North Goa and another in South Goa.
vi. Children will be grouped into U10, U12 and U14 for the programme, based on their ages.
Some wildlife sanctuaries in Goa:
♦ Cotigao Wildlife Sanctuary
♦ Mhadei Wildlife Sanctuary
♦ Netravali Wildlife Sanctuary