We are here for you to provide the important Current Affairs September 21 2018, which have unique updates of all daily events from all newspapers such as The Hindu, The Economic Times, PIB, Times of India, India Today, Indian Express, Business Standard, all Government official websites. MHA signs MoU with ISRO to set up an Integrated Control Room for Emergency Response
On September 21, 2018, the Ministry of Home Affairs (MHA) and Indian Space Research Organization (ISRO), Department of Space signed an MOU for setting up of Integrated Control Room for Emergency Response (ICR-ER) in Ministry of Home Affairs.
i. The MoU was signed by Joint Secretary (Disaster Management) Shri Sanjeev Kumar Jindal and
Dr P.V.N Rao, Deputy Director, NRSC, ISRO.
ii. The project will be executed under overall supervision of MHA.
iii. It will be established by 2020.
iv. The functions of  the ICR-ER are:

v. This would help in timely response and assistance in emergency situations.

Health Ministry partners with Dell and Tata Trusts to provide technology solution for a nationwide healthcare program
On September 21, 2018, Ministry of Health and Family Welfare signed MoUs with the Tata Trusts and Dell to provide a technological platform for nationwide prevention, control, screening and management program of Non Communicable Diseases (NCDs). 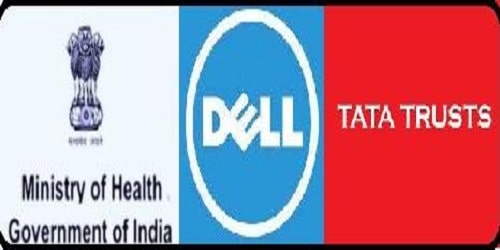 i. Contributions of Dell and Tata in NCD:
Dell helped in the development of the technology platform as technology partner and
TATA helped in the implementation support of the NCD programme as deployment partner.
ii. The technology solution by Dell is hosted on a Government Data Center and managed by Centre for Health Informatics, MoHFW.
iii. Also a user manual for NCD application under Comprehensive Primary Health Care (CPHC) IT Solutions was released.
iv. Under Programme for Prevention and Control of Cancer, Diabetes, Cardiovascular Diseases and Stroke (NPCDCS), government will start population based screening under NHM for diabetes, Hypertension and three types of common cancers.
v. Also under Ayushman Bharat,  Centre will provide 12 different kinds of services of which Non Communicable Diseases (NCDs) form an important part.
About the IT solution:
The NCD IT solution covers program-level data for screening, referral, diagnosis, treatment and follow-up activities of non-communicable diseases with an aim to connect health workers, doctors and decision-makers in a single, integrated platform.
About Non-Communicable Disease :
♦ NCD screening program addresses Hypertension, Diabetes, Oral, Breast and Cervical cancers and covers all men and women over the age of 30 years.
♦ It is under the Ayushman Bharat Comprehensive Primary Healthcare (CPHC) Initiative that is being deployed in 200 districts across the country.

Union Government launched India’s first National Registry of Sexual Offenders and several initiatives for sexual violence against women and children
On September 21, 2018, the Union Government released a National Database of Sexual Offenders (NDSO) in New Delhi. It was launched by Union Home Minister Rajnath Singh.
India thus became the 9th nation to have a registry of this kind.
i. It is an initiative under the National Mission for Safety of Women.
ii. The database would be maintained by the National Crime Records Bureau under the Ministry of Home Affairs.
iii. The database would contain 4.4 lakh offenders (from 2005 till date) and their DNA samples, fingerprints, Aadhaar numbers and Personal Account Numbers (PANs).
iv. Data will be stored for 15 years for those who are posing low danger, 25 years for moderate danger and lifetime for habitual offenders.
v. Along with this, 79 lakh rape kits are in the process of distribution across the country.
vi. Additionally, the Home Minister also launched the Cyber Crime Prevention against Women and Children (CCPWC) portal “cybercrime.gov.in” to check objectionable online content.
vii. It will have features of tracking complaints against various sexual crimes and child abuse materials. The National Crime Records Bureau (NCRB) will be responsible for further investigation in these matters.
viii. Also, the following has been launched:

Gujarat govt doubled farmers’ accident insurance amounts costing it Rs.70 crore
On September 21, 2018, the Gujarat government increase in insurance cover compensation for farmers in the event of accidental death or disability.
i. The increased premium will be borne by the state government costing it more than Rs.70 crore.
ii. According to the announcement compensation has been doubled for,

iii. This will benefit over 2.5 crore farmers in the State from the existing 1.75 crore under Farmers’ Accident Insurance Scheme.
iv. Now, any child of the farmer is entitled to be covered under this scheme unlike only the first child which was stated earlier.
Gujarat:
♦ Capital: Gandhinagar.
♦ Chief Minister: Vijay Rupani.
♦ Governor: Om Prakash Kohli.
Nicknames:
♦ Ahmedabad: India’s First world heritage city, Manchester of India, Boston of India.
♦ Baroda(Vadodara): Banyan City, Power Hub of India, Cultural capital of Gujarat.

Gujarat Government forms panel to probe crop insurance complaints
On 20th September 2018, Gujarat government announced the formation of a committee to look into the complaints of farmers who have not received timely compensation for crop loss.
Key Points:
i. The committee includes Gujarat Agriculture Minister R C Faldu. Gujarat Deputy Chief Minister Nitin Patel and Gujarat Chief Minister Vijay Rupani will directly supervise the committee.
ii. Erring insurance companies will be reported directly to the Central government. The committee will soon hold a meeting with the chairman and managing directors of insurance companies that offer crop loans in Gujarat, to tackle this issue.
iii. Under Pradhan Mantri Fasal Bima Yojana (PMFBY) more than 12 lakh farmers in Gujarat have been covered during the ongoing Kharif 2018 season. This scheme was introduced in Kharif 2016.
iv. More than Rs 374 crore has been collected from farmers as premium through this scheme.
Some National Parks in Gujarat:
♦ Vansda National Park
♦ Gir Forest National Park
♦ Blackbuck National Park 1 million contributed by India to UN’s ambitious solar project
On September 20, 2018, India contributed one million US dollars for the installation of solar panels on the roof of the imposing UN building in New York. 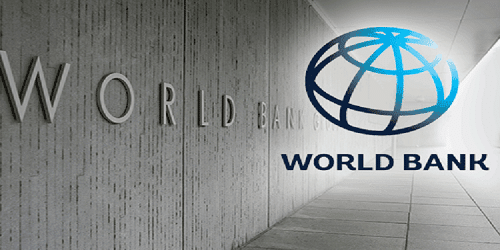 This is the first country partnership framework written with India.
Objective:
For high, sustainable and inclusive growth.
Key Points:
i. Under this, 25 and 30 billion US Dollars in financial support would be provided from:

ii. However, the demotivating parameters of growth are:  tightening of financial conditions, rising oil bill and weak bank balance sheets .
iii. The growth forecasts for FY 2019-2020 and FY 2020-2021 has been cut by 0.2 percentage points to 7.3 per cent.
Fitch:
♦ Headquarters: New York City, US.
♦ CEO: Paul Taylor.

IRDAI raised minimum driver insurance cover to Rs 15 lakh for 2 wheelers and cars
On September 21, 2018, Insurance regulatory and Development Authority (IRDAI) raised the minimum insurance cover for owner-driver to Rs.15 lakh for a premium of Rs.750 per annum.
i. Presently, the capital sum insured (CSI) under this section for motorised two-wheelers and private cars/commercial vehicles is Rs.1 lakh and Rs.2 lakh, respectively.
ii. This will help in financial support at the time of accident.
iii. However it is only to all classes of vehicles at the premium rate of ₹750 per annum for annual policy.
IRDAI:
♦ Headquarters: Hyderabad.
♦ Chairman: Dr. Subhash Chandra Khuntia.

iv. They would also launch ELITE LSEG’s business support and capital raising initiative for small and medium enterprises in India in 2019.
v. The ELITE global community is made up of over 900 private, ambitious companies from 32 countries and over 30 sectors.
vi. This would help SMEs scale up their businesses and include them in the list.
NSE:
Headquarters: Mumbai.

Alibaba to comply with Govt policy on data localization
On September 21, 2018, Alibaba shared its consent on Central Government’s mandate of data localisation for e-commerce companies in India. 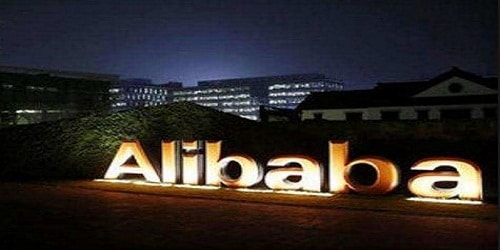 Objective:
For data privacy and security
i. Alibaba-backed Paytm would take only 6 months for data localization.
ii. Alibaba already has  investments in several Indian companies including Paytm, Zomato and BigBasket.
Other News:
It has recently set up a data center also building a data team that will help provide big data and AI services to Indian companies.
Background:
The Indian government has proposed data localisation as part of the Data Protection Bill, while the banking regulator of the country has mandated all payments companies to store data locally.
Alibaba:
Headquarters: Hangzhou, China.

Japanese businessman Yusaku Maezawa to become the first private moon tourist
Yusaku Maezawa, a Japanese businessman, will be the first private moon tourist, to fly on Big Falcon Rocket (BFR) of SpaceX around the Moon in 2023.
Key Points:
i. Yusaku Maezawa is a 42-year-old Japanese billionaire and chief executive of Japan’s largest online fashion mall Zozotown.
ii. He will be the first lunar traveler since the last US Apollo mission in 1972. The amount he has paid for the journey has not been revealed.
iii. He will take six to eight artists along with him. The artists will not be charged.
iv. The Big Falcon Rocket (BFR) is in development. It is 118 meters long. It will comprise a first stage with engines and fuel systems, and a second stage with the spacecraft where the passengers will ride.
About SpaceX:
CEO – Elon Musk
Headquarters – California, U.S. 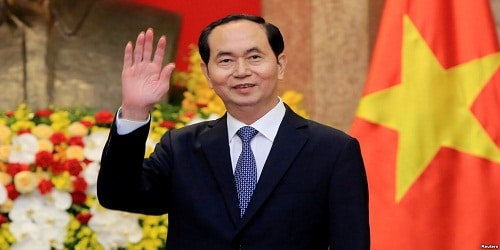 i. Tran Dai Quang was 61 years old. He became the President of Vietnam in April 2016.
ii. Earlier he had been the Minister of Public Security. He was also a police general and member of decision-making Politburo of Vietnam. 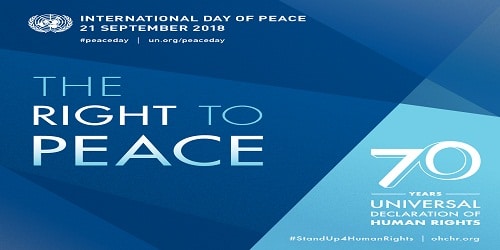