We are here for you to provide the important Current Affairs October 25 2018, which have unique updates of all daily events from all newspapers such as The Hindu, The Economic Times, PIB, Times of India, PTI, Indian Express, Business Standard and all Government official websites. 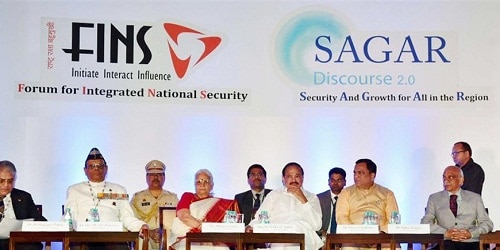 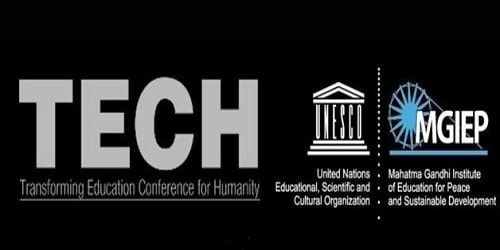 TECH 2018:
i. This conference aims to showcase the role of games and digital learning in enabling a shift from transmissive pedagogies to transformative pedagogies to develop peaceful and sustainable societies.
ii. It aims to act as a holistic platform for the ministers of education, senior policy makers, education technology specialists, educators and teachers, curriculum designers, researchers, learners, students, game designers, and ed-tech exhibitors.
iii. Following the success of TECH 2017, UNESCO MGIEP will organize TECH annually for the next 4 years.
About UNESCO MGIEP:
♦ Director – Dr. Anantha K. Duraiappah
♦ Location – New Delhi

High level Vietnamese delegation in Delhi for trade talks with TPCI
On 24th October 2018, a high level Vietnamese delegation from Ministry of Agriculture and Rural Development of Vietnam met a Trade Promotion Council of India (TPCI) delegation, in Delhi.
Key Points:
i. Vietnamese delegation was led by: Mr. Tran Thanh Nam, Deputy Minister of Ministry of Agriculture and Rural Development, Vietnam. It consisted of senior government officials and businessmen from the agriculture sector. Vietnamese ambassador to India Mr. Pham Sanh Chau also participated.
ii. TPCI delegation was led by TPCI Chairman: Mohit Singla.
iii. Discussions were held to:  enhance bilateral trade and future cooperation between India and Vietnam, business opportunities and promotion of Indusfood in Vietnam.
About Trade Promotion Council of India (TPCI):
♦ Chairman – Mohit Singla
♦ Functions under – Ministry of Commerce
♦ Objective – promoting and facilitating trade, with focus on agri and food, education, IT and entertainment and also chemicals, plastic and telecom sectors 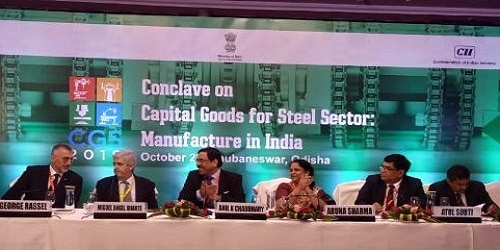 Key Points:
i. The MoUs were signed at a conclave on Capital Goods for Steel Sector: Manufacture in India, organised by Confederation of Indian Industry (CII), MECON Limited and Steel Ministry.
ii. Out of the 20 companies that exchanged MoUs, about 12 are foreign companies.
iii. Some of the companies that signed MoUs were: China-based ACRE, Italy-based CSM, Luxemburg headquartered Paul Wurth, Danieli Corus, SAIL, JSW, Bharat Heavy Electricals Limited, MECON Limited, Heavy Engineering Corporation Limited.
iv. The MoUs were signed for coke oven, agglomeration, blast furnaces, steel making, rolling mills, waste to energy and iron ore crusher and beneficiation.
v. India has a target to increase its crude steel capacity to 300 million tonnes by 2030-31 from the current 134 million tonnes.

Experts’ group led by NCERT professor to cut schoolbag weight formed
On October 22, 2018, Union HRD Ministry has constituted an Expert Group to formulate a draft policy to reduce weight of schoolbag.
i.  It will be convened by professor Ranjana Arora of the National Council of Educational Research and Training(NCERT).
ii. The MHRD issued an order on October 5 to formulate a policy on schoolbags on the lines of Children School Bags (Limitation on Weight) Bill of 2006, which never turned into a law.
iii. This was formed after the Madras HC judge Justice. N. Kirubakaran on May 29 had ruled the law to be implemented by the Centre.
iv. Maharashtra and Telangana already have a policy in form stating the weight of school bag not to exceed 10% of the students body weight.
Ministry of Human Resource and Development (MHRD):
♦ Union Minister: Shri. Prakash Javedkar.
♦ Minister of state: Shri Upendra Kushwaha, Dr. Satya Pal Singh. 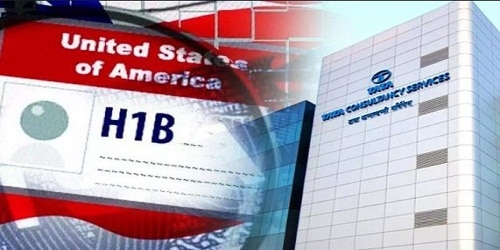 i. This was announced by Department of Labour’s Office of Foreign Labour Certification.
ii. The Department of Labour’s Office of Foreign Labour Certification processed 654,360 applications for the H-1B of which 599,782 were certified, 8,627 were denied and 45,951 were withdrawn.
iii. Among the positions certified, software developers and applications accounted for nearly one-fourth followed by computer systems analysts, Computer Occupations, Software developers, system software, accountants and auditors and computer programmers.
iv. California topped the list of States for getting maximum H-1B labour certification, followed by Texas, New York, New Jersey, Illinois, Washingtonand Pennsylvania.
v. Among companies, London-headquartered Earnest and Young, a multinational professional services firm, has emerged as the top employer to have received the certification.
vi. It accounted for the 12.4 per cent of all foreign labour certification.
vii. It is followed by Deloitte Consulting, Cognizant Technology Corp, HCL, K Force Inc, Apple.
viii. TCS is the only Indian company in top 10 for the year 2018. It received 20,755 H-1B specialty occupation labour certifications.
ix. Qualcomm Technologies, Mphasis Corporation and Capgemini America are the other companies in top 10.
US:
♦ Capital: Washington D. C.
♦ Currency: US Dollar.
TCS:
♦ Headquarters: Mumbai.
♦ Founded:  1968.
♦ Chairman: Natarajan Chandrasekaran. 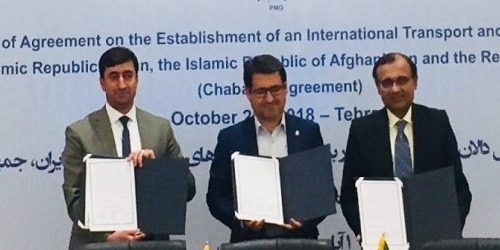 i. The meeting held discussions on full operationalisation of the trilateral Agreement for international transit and transport through Chabahar port.
ii. The Indian delegation at the trilateral meeting was led by T.S. Tirumurti, Secretary (Economic Relations).
iii. It was decided to hold the next meeting of the coordination council in the first half of 2019 in India.
Background:
In May 2016, India, Iran and Afghanistan had signed a pact for establishment of a transit and transport corridor among the three countries using Chabahar Port as one of the regional hubs.
Iran:
♦ Capital: Tehran.
♦ Currency: Iranian real.
Afghanistan:
♦ Capital: Kabul.
♦ Currency: Afghan afghani.

Six-member Overseeing Committee (OC) set up to resolve stressed assets
The Overseeing Committee (OC) that is formed up under the inter-creditor agreement (ICA) for resolution of stressed assets will have 6 members.
Key Points:
i. The members of OC include: Janki Ballabh (former Chairman, State Bank of India), MBN Rao (former Chairman & Managing Director, Canara Bank), M Damodaran (former Chairman, SEBI) and HR Khan (former Deputy Governor, RBI).
ii. OC will also include a senior Tata Group executive from power sector and a Bombay High Court Judge.
iii. OC is set up under the administration of Indian Banks’ Association (IBA). It will approve resolution plans for stressed assets submitted by lead lenders.
iv. The Sunil Mehta (Non-Executive Chairman of Punjab National Bank) Committee on restructuring stressed assets recommended OC for all corporate borrowers that have taken loans for Rs 50 crore or more under consortium lending/multiple banking arrangements.
v. OC will address concerns among top bankers that their decisions related to resolution plans could be questioned by the 4Cs: Courts, CVC (Central Vigilance Commission), CBI (Central Bureau of Investigation) and CAG (Comptroller and Auditor General). 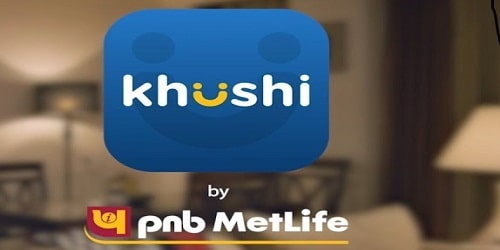 i. It has been designed by PNB Metlife’s innovation centre- Lumer Lab in Singapore.
ii. It is designed to be a one-stop shop for insurance related information anytime, anywhere.
iii. It will provide interaction with the customers via text and speech.
iv. It can also work as branch locator and can arrange a call with the customer representatives on request.
v.  Over all it will work as a customer assistant and will use minimum bandwidth.
PNB Metlife:
♦ MD & CEO: Ashish Srivastava.
♦ Headquarters: Mumbai.

‘AI in Healthcare for Radiology, Ultrasound and Oncology’: Philips launches first start-up programme for AI in healthcare
On 23rd October 2018, Philips selected 19 start-up companies for its first global start-up collaboration programme named ‘AI in Healthcare for Radiology, Ultrasound and Oncology’.
Key Points:
i. The programme will be held for 12 weeks and it will focus on the application of artificial intelligence (AI) in healthcare.
ii. It will offer 19 AI start-up companies access to Philips’ health technology expertise and its ecosystem of knowledge partners.
iii. The programme will focus on the application of AI-based clinical decision support tools like image interpretation, analysis and integration and workflow tools like intelligent treatment plans for radiology, ultrasound and oncology.
iv. The programme will be conducted at Philips’ innovation hubs in Bengaluru, Cambridge (US), Eindhoven (the Netherlands) and Shanghai (China).
About Philips Innovation Campus, India:
♦ CEO – Srinivas Prasad
♦ Location -Bangalore Key Points:
i. Prime Minister Narendra Modi is conferred this award in recognition of his efforts to improve international cooperation, global economic growth, Human Development of people of India, economic growth in the world’s fastest growing large economy and development of democracy through anti-corruption and social integration efforts.
ii.  He was chosen from more than 1300 nominators from across the world. Prime Minister Narendra Modi is the 14th recipient of this award.
iii. He has accepted the award. The award will be presented by the Seoul Peace Prize Foundation at a mutually convenient time.
About Seoul Peace Prize:
♦ Established – 1990
♦ Purpose – to commemorate the success of 24th Olympic Games held in Seoul, South Korea.
♦ Awarded – biennially to individuals who have contributed to the harmony of mankind, reconciliation between nations and to world peace. 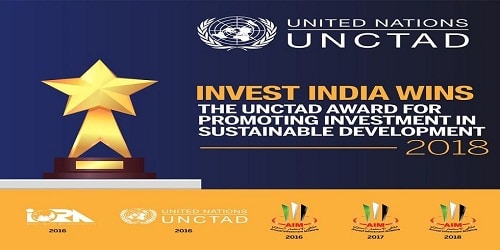 Key Points:
i. The award was presented by Armenian President Armen Sarkissian to Deepak Bagla, CEO of Invest India, at the World Investment Forum, Geneva.
ii. The event was attended by over 6,000 participants. It was organised by the United Nations Conference on Trade and Development (UNCTAD).
iii. Other winners of the award were: Bahrain Economic Development Board and the Lesotho National Development Corp.
iv. Invest India received the award for excellence in servicing and supporting a major global wind turbines company to set up a blade manufacturing plant in India and committing to train local staff and produce 1 gigawatt of renewable energy.
About Invest India:
♦ CEO – Deepak Bagla
♦ Location – New Delhi
♦ A non-profit venture under Department of Industrial Policy and Promotion, Ministry of Commerce and Industry

Key Points:
i. The “Main Nahin Hum” portal works on the theme “Self4Society”. It will act as a single platform to help IT professionals and organizations to bring together their efforts towards social causes, and service to society.
ii. It would enhance collaboration towards the service of the weaker sections of society, through technology.
iii. After the launch, Prime Minister interacted with IT and electronic manufacturing professionals from nearly 100 locations across India, through video conference, in a townhall style format.

Theatre veteran Na. Muthuswamy dies aged 82
On 24th October 2018, popular theatre personality Na. Muthuswamy, passed away in Chennai, Tamil Nadu.
i. He was 82 years old. He founded the avant-garde theatre group ‘Koothu-p-pattarai’ in 1977.
ii. He was awarded the Sangeet Natak Akademi award in 1999 and the Padma Shri in 2012.