We are here for you to provide the important Current Affairs November 16 2018, which have unique updates of all daily events from all newspapers such as The Hindu, The Economic Times, PIB, Times of India, PTI, Indian Express, Business Standard and all Government official websites. 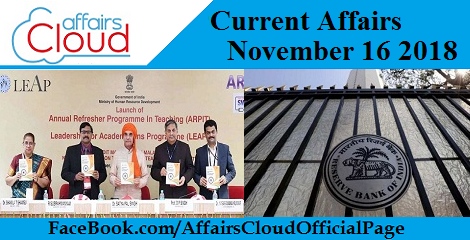 i.Additionally, he also released information brochures of both the initiatives.
About LEAP:
i .The full form of LEAP is: Leadership for Academicians Programme.
ii. It will be a three weeks Flagship leadership development training programme (2 weeks domestic and one week foreign training) for second level academic functionaries in public funded higher education institutions.
iii. The main objective is to prepare second tier academic heads to assume leadership roles in the future.
iv. This will help fulfill this critical need which will make higher education institutions perform.
v. It will be implemented through 15 NIRF top ranked Indian Institutions. They are:
Indian Institute of Technology Roorkee; IIT Kanpur; NIT Trichy; Indian Institute of Science Education and Research (IISER) Kolkata; Jawaharlal Nehru University; IIT (BHU); University of Delhi; Indian Institute of Technology Bombay; TISS Mumbai; University of Hyderabad ; NIEPA, Indian Institute of Technology Kharagpur; Jamia Milia Islamia; Banaras Hindu University and AMU.
vi. The foreign collaborating Universities identified for the training are also within the top 100 in the world global rankings. They are:
University of Michigan; NTU Singapore; Harvard University; Purdue University, USA ; University of Chicago; University of Pennsylvania / Stanford; Monash University; London School of Economics/ Oxford University; University of Cambridge and University of Virginia, USA.
About ARPIT:
i. Full form of ARPIT is: Annual Refresher Programme in Teaching.
ii. It would include online professional development of 15 lakh higher education faculty using the MOOCs platform SWAYAM.
iii. 75 discipline-specific institutions have been identified and notified as National Resource Centres (NRCs) in the first phase of its implementation.
iv. These NRCs will cater to around 13 lakh faculty of the total 15 lakh faculty in higher education.
v. They have been  tasked to prepare online training material with focus on latest developments in various disciplines containing courses of 40 hourmodule with 20 hours of video content and 20 hours of non-video content.
vi. The courses will remain open from 1st November, 2018 to 28th February, 2019.
Portal for SWAYAM: Click Here
Ministry of HRD:
♦ Union Minister: Shri Prakash Javadekar.
♦ Minister of State: Dr. Satya Pal Singh, Shri Upendra Kushwaha.

4th International Congress on Gerontology and Geriatric Medicine inaugurated by Dr Jitendra Singh, MoSDoNER
On November 15, 2018, the Minister of State for Development of North Eastern Region (I/C), Prime Minister’s Office, Personnel, Public Grievances & Pensions, Atomic Energy and Space, Dr. Jitendra Singh inaugurated 4th International Congress on Gerontology and Geriatric Medicine.
It was held along with the Asia Pacific Geriatric Medicine Network Conference
at All India Institute of Medical Sciences, New Delhi.
i. The Congress focuses on sensitisation and reorientation of health care professionals
ii. It had the theme: ‘Future of Geriatric Medicine practice – Are you Ready?’
iii. Discussions were held on topics such as:

iv. In his address, the minister stated the following:

About the conference:
The vision of the conference is to improve old age care around the world.
All India Institute of Medical Sciences:
♦ Headquarters: New Delhi.
♦ Director, AIIMS: Dr Randeep Gulleria. The India-UK Cancer Research Initiative was launched at the Inaugural Researchers’ Summit, which is being held in New Delhi from November 14th to November 16th, 2018.
About the MOU:
i. The MOU was signed between:

ii. It is a collaborative 5-year bilateral research initiative that focuses on affordable approaches to cancer.
iii. According to the MOU, both CRUK and DBT will invest £5m each in the 5-year pilot.
iv. The initiative will be overseen by a board of advisors comprising five cancer experts each from India and UK.
v. Prof. David Hunter of the University of Oxford and Dr. CS Pramesh of the Tata Memorial Hospital will serve respectively as Chair and Co-chair of the Advisory Panel.
Background:
This is a follow up of the joint statement issued by the Prime Ministers of India and UK during the visit of Prime Minister of India,Shri Narendra Modi to UK on April 18, 2018.
♦ Secretary, DBT: Dr. Renu Swarup.
♦ Cancer Research UK’s executive director: Nick Grant. 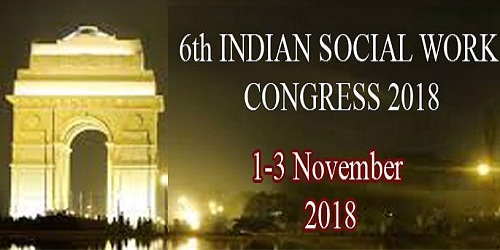 Delhi Police Commissioner launches e-learning portal ‘NIPUN’
On 14th November 2018, the Delhi Police Commissioner Amulya Patnaik launched ‘NIPUN’, an e-learning portal to impart in-service training to its personnel.
i. NIPUN aims to provide online training and information through specialized courses designed by experts.
ii. It aims to enable information sharing between the faculty and trainees at the Police Training Institutes of the Delhi Police.
ii. It will help police officers investigating cases by offering online resource and information on law, standing orders, investigation checklists, forms for case files, latest High Court and Supreme Court rulings.
iii. Most of the courses have been developed in-house. Some have been developed in collaboration with the University Grant Commission (UGC), FICCI (Federation of Indian Chambers of Commerce and Industry), NHRC (National Human Rights Commission), NCPCR (National Commission for Protection of Child Rights), and Janaki Devi Memorial College, Delhi University (DU) under the project “The Collaborative Learning and Partnership” (CLAP). 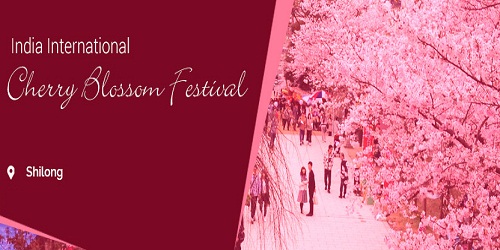 i. The festival celebrates the unique autumn flowering of the Himalayan Cherry Blossoms.
ii. The 2018 edition was inaugurated by Chief Minister Conrad K Sangma in the presence of Japanese Ambassador to India, Kenji Hiramatsu.
iii. The four-day long festival was organised by:

iv. The Japanese presence and participation turned it into an international event and strengthening of relationship has been the main criteria.
v. Alongside many cultural event, several Japanese cultural events, a Japanese Food Pavilion and a Higher Education Stall in partnership with the Embassy of Japan in India was established.
vi. During the programme, the Chief Minister handed over the Meghalaya Entrepreneurship Recognition Award (MEG-ERA) to Perastill R Sangma, an entrepreneur from Garo Hills.
Background:
Cherry Blossom is a widely popular flower in Japan as well.
Japan:
♦ Capital: Tokyo.
♦ Currency: Japanese yen. i. This was done via conduction of an Open Market Operations for an aggregate amount of Rs 120 billion through multi-security auction using the multiple price method.
ii. In the announcement it stated that RBI would purchase government dated securities maturing in 2021, 2022, 2024, 2027 and 2033 bearing various interest rates.
iii. The eligible participants submitted their offers in electronic format on the Reserve Bank of India Core Banking Solution (E-Kuber) system on November 15.
iv. According to the statement,

v. Benefits of the OMO operations are:
The OMO operation will help ease tight liquidity situation triggered by series of default by group companies of IL&FS.
As per RBI’s earlier statement, the system liquidity will move into deficit in the second half of 2018-19.
For More information: Click Here , Click Here.
Background:

Natural Gas may become world’s 2nd largest energy source by 2030: Report by IEA
On November 13, 2018, according to report by International Energy Agency (IEA) titled World Energy Outlook 2018, natural gas is expected to overtake coal as the world’s second largest energy source after oil by 2030.
Highlights:
i. This change is expected due to a drive to cut air pollution and the rise in liquefied natural gas (LNG) use.
ii. Energy demand would grow by more than a quarter between 2017 and 2040.
iii. Global gas demand would increase by 1.6 percent a year to 2040 and would be 45 percent higher by then than the present.
iv. Global electricity demand will grow 2.1 percent a year and will account for a quarter of energy used by 2040.
v. CO2 emissions would rise by 10 percent to 36 gigatonnes in 2040, mostly driven by growth in oil and gas.
vi. The estimates are based on the IEA’s “New Policies Scenario” that reflects legislation and policies to reduce emissions and fight climate change.
Among the countries:
i. Among the countries, China is the world’s third-biggest user of natural gas behind the United States and Russia.
ii. Emerging economies in Asia would account for about half of total global gas demand growth which will double to 60 percent by 2040.
International Energy Agency:
♦ Headquarters: Paris, France.
♦ Executive Director: Dr Fatih Birol. 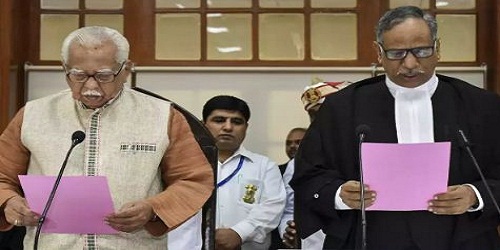 i. He was administered the oath by Uttar Pradesh Governor Ram Naik. In 2004, Justice Govind Mathur was appointed as a judge in the Rajasthan High Court.
ii. In 2017, he was transferred to the Allahabad High Court. He worked as University of Rajasthan’s standing counsel.
iii. He also worked for Indian Oil Corporation, Water and Power Consultancy Services, New Delhi and the National Council for Teacher’s Education. Ashok Chawla resigned as Yes Bank’s non-executive chairman
On November 15, 2018, Ashok Chawla, Yes Bank’s non-executive chairman, stepped down with immediate effect.
i. He resigned for the bank to find a new contender to fill in the Chairman’s duty.
ii. Apart from Yes bank , Chawla is also the chairman of National Stock Exchange since 2016.
iii. He had also worked as chairman of fair trade regulator CCI or Competition Commission of India.
Other News:
i. Additionally, the bank’s head of audit committee Vasant Gujarathi should be resigning as head of the audit committee due to adverse comments of the RBI on the bank’s audit.
ii. His position will be given to Uttam Prakash Agarwal as an additional director (independent).
Background:
Chief executive Rana Kapoor had also left his role, after he was denied extension of his role from the RBI.
YES Bank:
♦ Headquarters: Mumbai.
♦ Tagline: Experience our Expertise Key Points:
i. Department of Posts has done only soft launch of the portal. The full fledge operations of the service will begin after mid-December 2018.
ii. India Post will utilise its parcel business network for this purpose. Department of Posts has been focusing on e-commerce sector to improve its revenue receipts.
About India Post:
♦ Director General – Ms. Meera Handa
♦ Registered Office – New Delhi 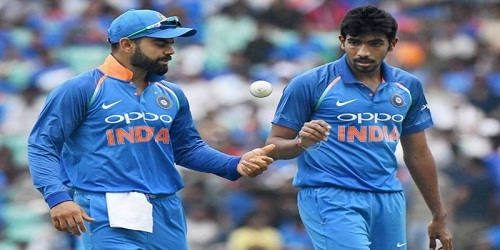 Key Points:
i. Aabid Hamid won gold medal in the 52kg category. He was the only gold medal winner from India in the tournament. He was part of nine-member Team India.
ii. Eight other players including three from Kashmir won silver medals. Master Hashim, Ms Abrou and Mr Irshad Ahmad Ganie are among the silver medal winners

Australia’s John Hastings retires from International Cricket
On 14th November 2018, Australia all-rounder John Hastings announced his retirement from all forms of cricket due to a lung disease. 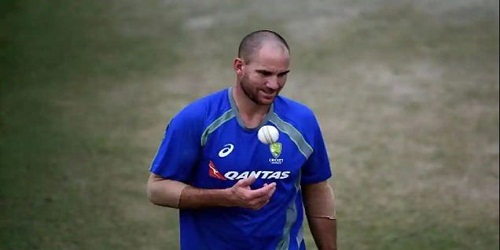 Key Points:
i. John Hastings is 33 years old. He has planned to focus on media commitments after retirement.
ii. He had already retired from ODI (One Day International) and Test cricket in 2017. He had been playing in T20 cricket.
iii. He is a right-arm medium-fast bowler and bowling all-rounder. He has 50 wickets from 39 international matches.
iv. He has scored 369 international runs in 29 ODIs, 9 T20Is and 1 Test match combined.
v. He had played in Indian Premier League (IPL) for Chennai Super Kings, Kolkata Knight Riders and Kochi Tuskers Kerala teams.
v. He had also played in the Pakistan Super League for Quetta Gladiators and in Australia’s 2017 Big Bash League for Melbourne Stars team.